Friends Arena is the venue as Sweden and Finland meet in a warm-up fixture as part of their preparations for the upcoming Euro finals.

Sweden were nothing short of outstanding during the last international break, having won each of their three internationals by an aggregate scoreline of 5-0. None of Sweden’s last 15 outings have ended level since a 1-1 home draw with Spain in the UEFA Nations League back in October 2019 (W9, L6). The clean sheet was a common theme during that 15-game sequence, with 11 matches (won/lost) seeing the winner on the day record a shutout. Topically, none of the last seven meetings between Sweden and Finland have ended as a draw (W5, L2), with six of them seeing the victor keep a clean sheet, including the last four in a row. Entertainment has been relatively sparse in Sweden’s recent home games as six of the last seven have featured under 2.5 FT goals.

On the other hand, the visitors have experienced a dip in form ahead of this encounter, going from four consecutive wins to four straight matches without winning (D2, L2). Yet, Finland were a pretty exciting team to watch during the last international break as each of their three fixtures back in March saw both teams scoring, with two of them producing 4+ total goals. Action-packed second-half football is also on the cards, considering each of Finland’s last four matches has featured 2+ goals after half-time. By contrast, each of their previous seven trips to Sweden has seen one or both sides fail to get on the scoresheet. Five of those seven encounters contained under 1.5 FT goals, with Markku Kanerva’s team running out 1-0 winners in each of the last two. 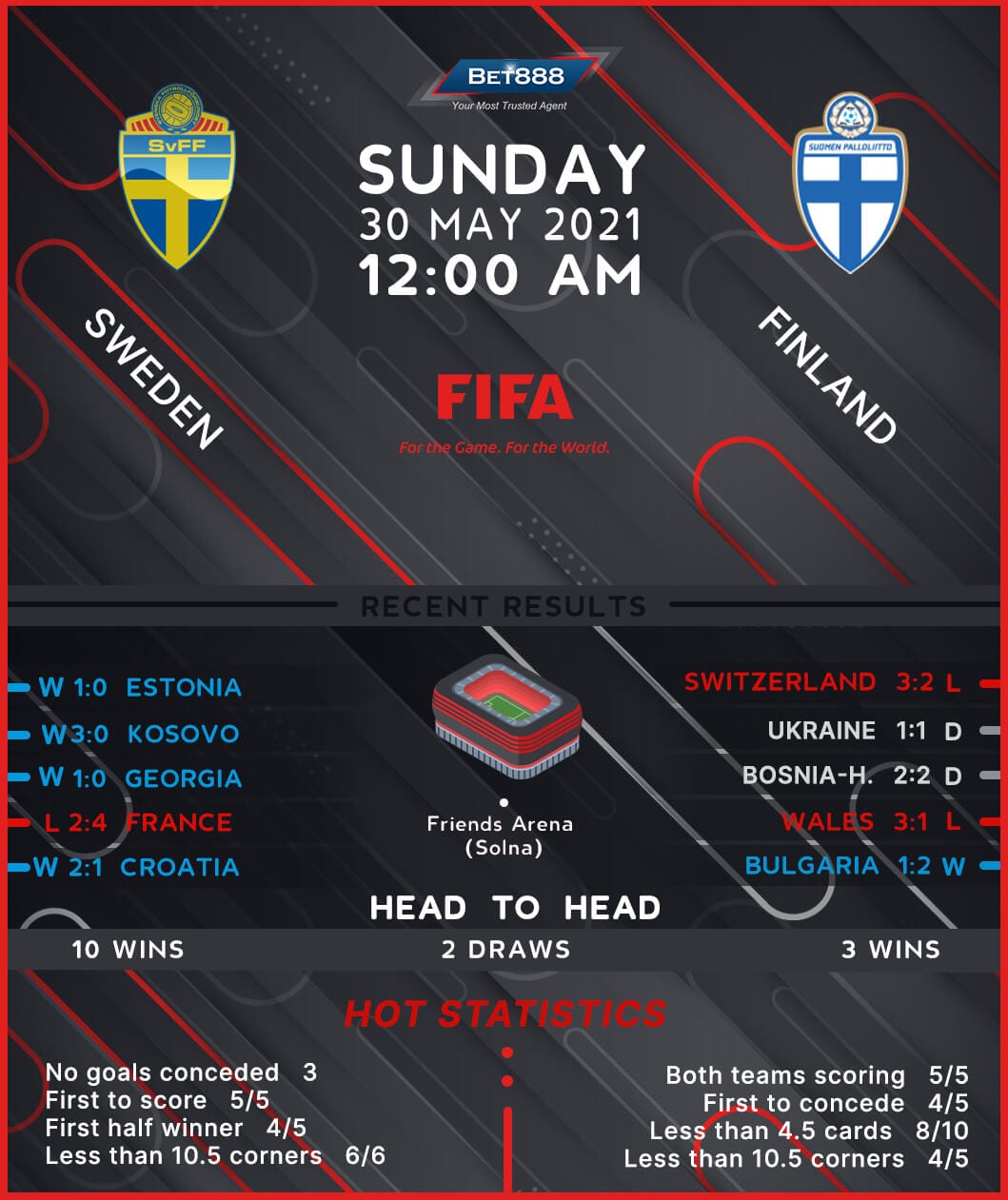