Georgia travel to the Friends Arena to take on Sweden in the opening duel of World Cup Qualifying Group B.

Following an impressive FIFA World Cup 2018 campaign that saw them reach the quarter-finals, Sweden will be looking to clinch back-to-back appearances at the final tournament for the second time this century. Their performances in 2020 certainly do not back that claim, as the ‘Blue and Yellow’ lost five of their six competitive games last calendar year (W1), drawing a blank on three occasions. An indifferent form across their previous six home matches in any competition (W2, D2, L2) indicates this may not be a walk in the park for the hosts, albeit they enter this fixture as overwhelming favorites to claim all three points. Yet, Janne Andersson’s men completed their last World Cup Qualifying campaign without losing a single game at home (W6, D1), returning a +17 goal difference from those matches (GF:19, GA:2), play-offs included.

Meanwhile, the visitors have never managed to qualify for the World Cup finals as a sovereign nation, finishing fourth or worse in their last four qualifying groups. Indeed, Georgia’s win-rate of just 16.07% across their World Cup Qualification campaigns overall (GP:56 – W9, D18, L31) shows how difficult it is for them to shine in high-stake matches. Despite mainly competing against their peers in the UEFA Nations League in 2020, the ‘Crusaders’ could only win two of their eight fixtures last calendar year (D4, L2), six of which featured under 2.5 total goals. During their qualifying campaign for the FIFA World Cup 2018, Georgia failed to win any of their five away matches (D3, L2), albeit they conceded precisely once per game on four occasions. 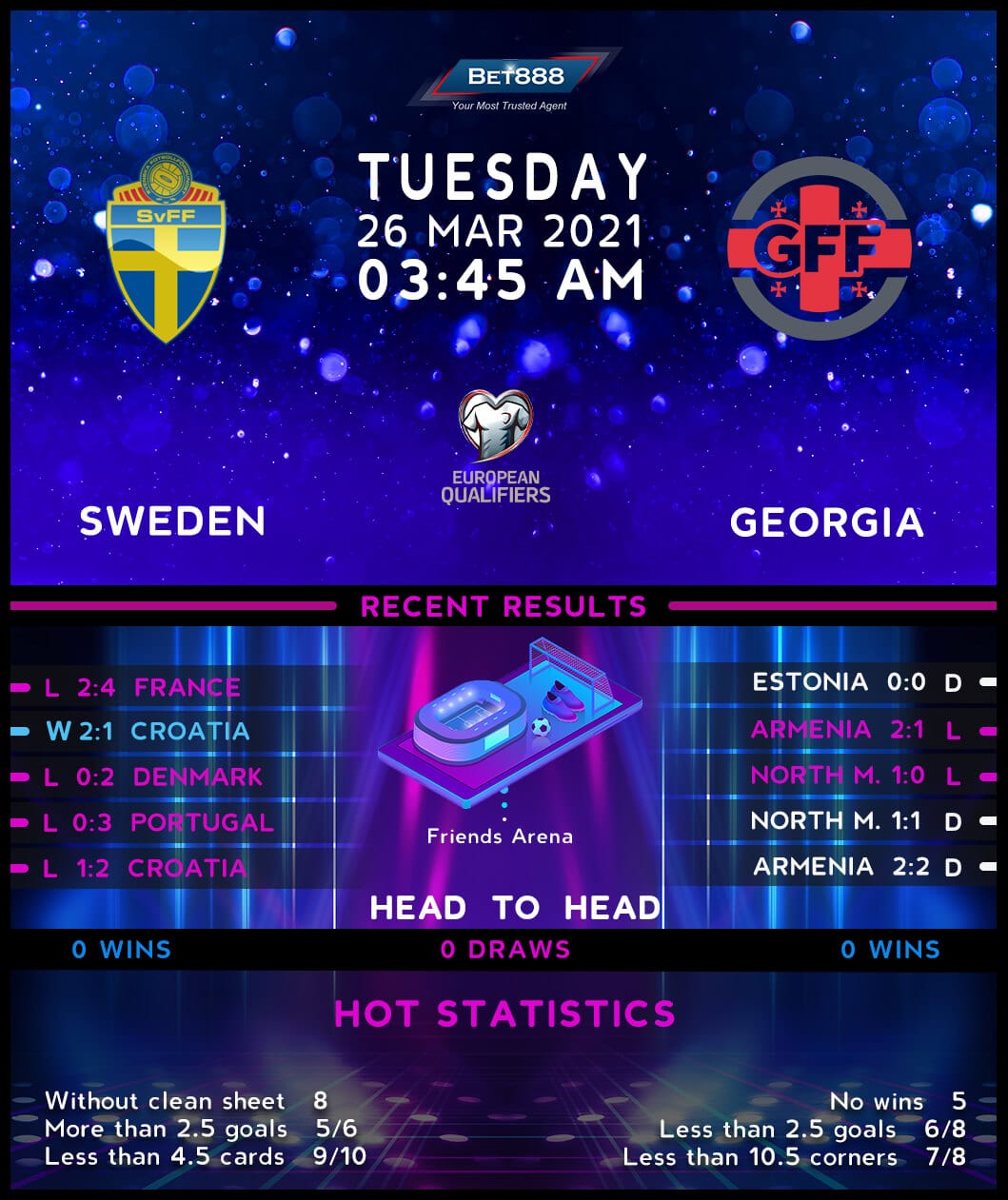