Poland’s hopes of qualifying for the knock-outs stages of Euro 2020 are on the line as they lock horns with goal-shy Sweden in their final Group E fixture at the Saint-Petersburg Stadium.

Looking to complete their European Championships group stage campaign without a single loss for the first time since 2004, Sweden head into proceedings having already booked their place in the knock-outs. After holding Spain to a scoreless draw in their Group E opener, Sweden pulled off a narrow 1-0 win over Slovakia to secure at least a top-three finish. Indeed, the Swedes remain one of just three sides yet to concede at Euro 2020 so far and could see out the group stage with all three clean sheets at a major tournament for the first time since the 1974 World Cup. If they find the net here, the ‘Blågult’ are likely to do it in the second half of play, considering 88% of their goals scored at the European Championships arrived after half-time (23/26), including the one against Slovakia.

Meanwhile, Poland’s hopes of advancing to the round of 16 are hanging in the balance after they failed to win their opening two Euro 2020 fixtures (D1, L1). Both Poland’s games in Group E have seen them concede the opening goal by the 25th minute and pull one back inside the first ten minutes of the second half. The Poles can find a glimmer of hope knowing they have won their final group stage game in both of their previous major tournament appearances. However, seven consecutive defeats in their competitive H2Hs against Sweden douse any embers of optimism ahead of this encounter. If they fail to overcome the Swedes, it will be the first time since Euro 2012 that the Poles haven’t won any of their three group stage games at a major tournament. 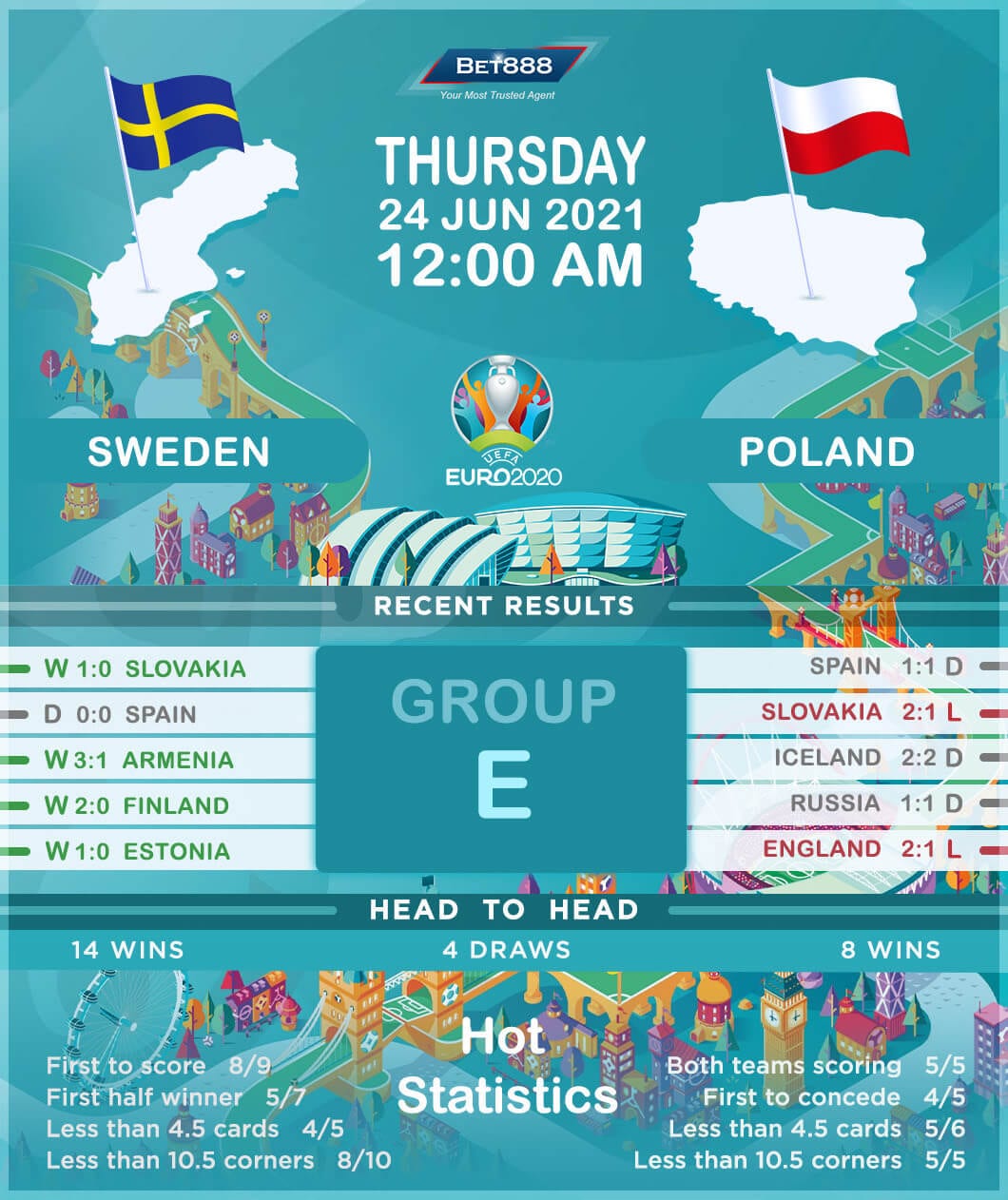