Saint-Petersburg Stadium is the venue as Sweden and Slovakia go head-to-head in the second group stage round at Euro 2020.

Despite seeing just 25% of the ball in their Group E opener, Sweden held section favorites Spain to a scoreless draw, ending a run of five consecutive victories. The ‘Blågult’ have now drawn a blank in three successive matches at the European Championships, failing to attempt a single shot on target against Spain. Still, Sweden will be desperate to break their Matchday 2 hoodoo that has seen them lose their second game at each of their last four major international tournaments. Slovakia could be the right opposition to help Janne Andersson’s men kick-start their Euro 2020 campaign, considering they have never lost an encounter with them (W2, D3). Low scoring has been a common theme in their recent H2H meetings, as each of the last four has featured under 2.5 total goals.

Meanwhile, Slovakia exceeded expectations in their Euro 2020 opener, edging ten-man Poland 2-1 to boost their hopes of reaching the tournament’s knock-out stages for the second time in as many appearances. Interestingly, the ‘Falcons’ have won two of their five fixtures at the European Championships (D1, L2), with each triumph coming in Russia, the same state that will host their meeting with Sweden. After beating Poland, Slovakia will entertain the prospect of winning their opening two matches at major tournaments for the first time. Worryingly, though, the last time Slovakia won back-to-back games was in June 2019. Stefan Tarkovic’s side can draw confidence from the fact they go into this encounter on the back of six internationals without losing (W2, D4), a sequence that saw them score precisely two goals per game three times. 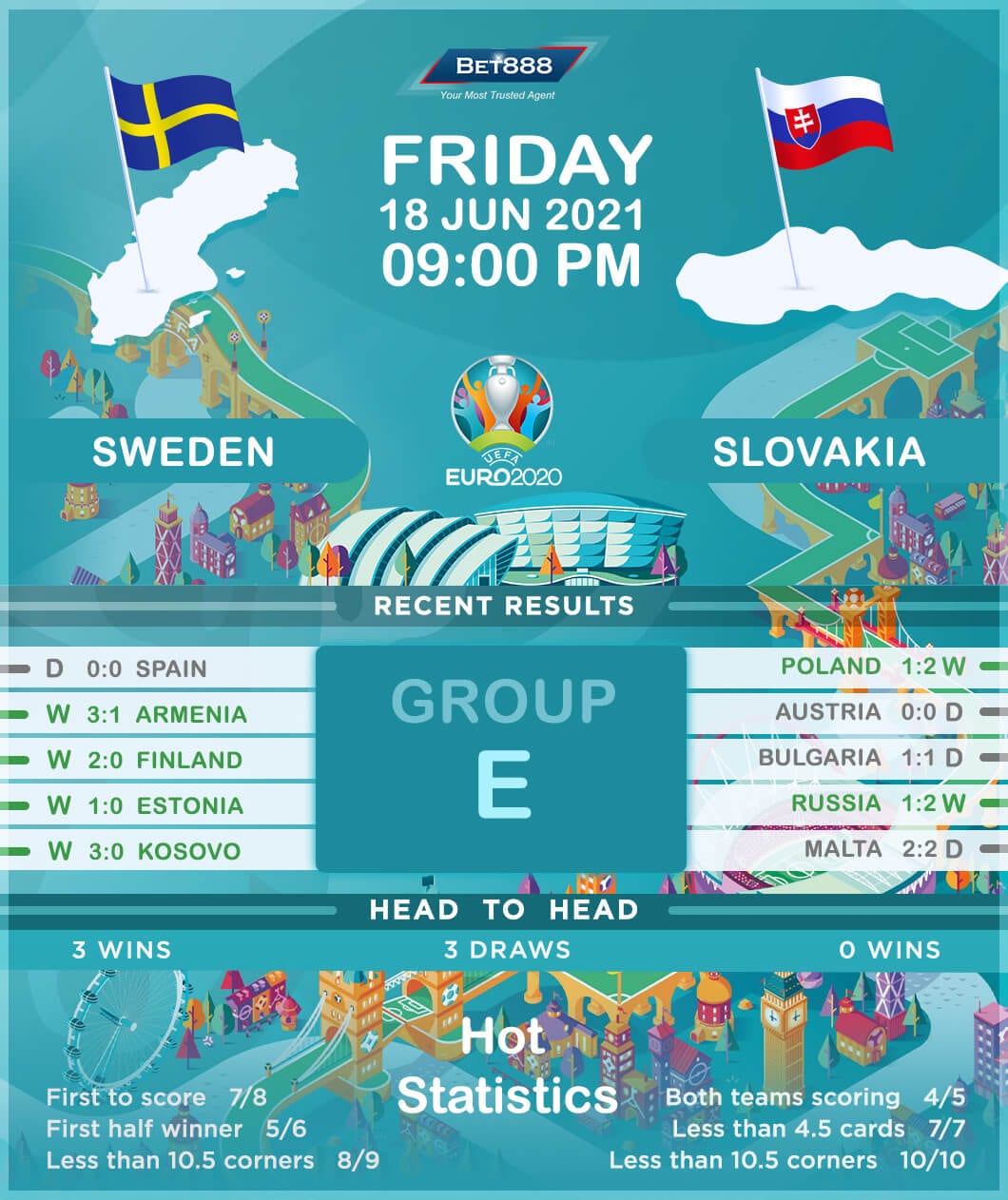