Spain embark on their quest to reclaim European glory against Sweden at the Estadio La Cartuja in Seville in their Euro 2020 Group E opener.

Since missing out on Euro 1992, the Spaniards have qualified for the European Championship tournament seven times in a row, ending up winning the competition twice in the last three editions. After bowing out of the Euro 2004 group stage, ‘La Furia Roja’ have made it out of the group phase in each of their subsequent three European Championship appearances. Spain had gone undefeated in 14 straight matches at the Euro finals (W11, D3) before succumbing to back-to-back losses to Croatia and Italy at Euro 2016. However, Spain’s habit of making sluggish starts to their major tournament participation could give Luis Enrique a sizeable headache. The Iberian giants have secured just one win in their last five competition openers, including World Cups and European Championships.

On the other hand, Sweden have missed out on the Euro finals just once in the last seven editions since making their competition debut as host nation back in 1992. But, after reaching the Euro semi-finals in their maiden appearance, they have failed to progress from the group stage four times in their subsequent five European Championship campaigns. Janne Andersson’s men have suffered group-stage elimination in each of their last three Euro appearances, picking up just two victories in nine games in that stretch (D1, L6). Furthermore, they have managed just a single clean sheet in their last eight outings at the European Championships, conceding precisely once per match in all three Euro 2016 group stage games. Against this backdrop, the ‘Blagult’ go into Euro 2020 on the back of five straight international wins, four of which yielded a shutout. 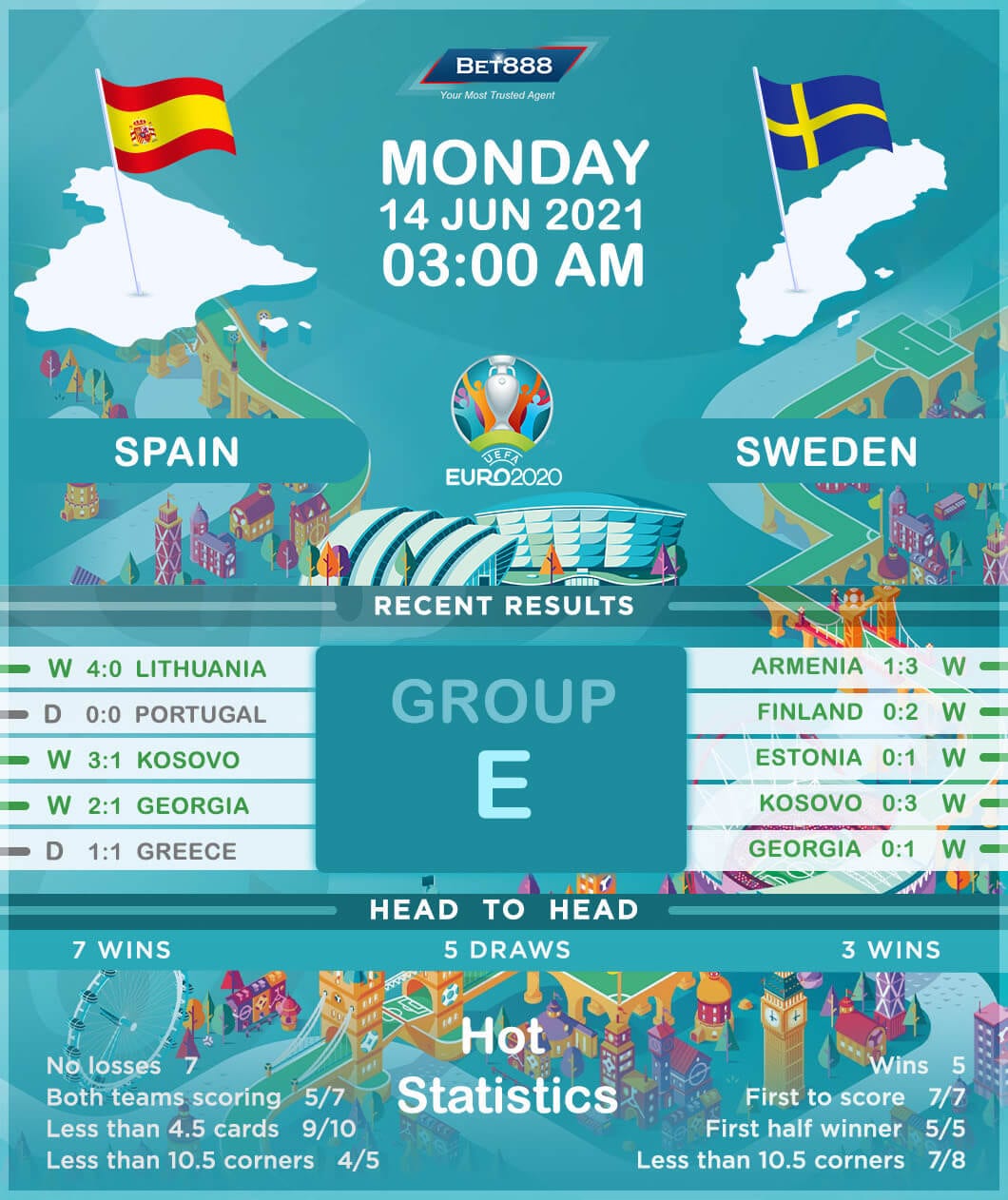