Switzerland and Cameroon are set to square off at Al Janoub Stadium in their inaugural 2022 World Cup Group G contest.

Keen to make it out of the World Cup group stages as they did in Russia four years ago, Switzerland will have to navigate an identical group consisting of Brazil and Serbia, this time joined by returning Cameroon. Don’t think for a second that the Swiss side’s foray into the 2018 knockout rounds was a fluke as they dumped France out of the Euro 2020 quarter-finals before pipping reigning European champions to a top-place finish in their World Cup qualifying group. In doing so, Murat Yakin’s men did not lose a single qualifying fixture (W5, D3) while conceding a mere two goals in the process. Ready to contest their fifth successive World Cup, ‘La Nati‘ can draw confidence from going unbeaten in five straight opening matches at the tournament (W2, D3) since a 5-0 demolition at the hands of Germany in 1966.

In the meantime, after missing out in 2018, Cameroon have set an unprecedented milestone in African football history by becoming the first CAF team to qualify for the World Cup finals eight times. However, prone to underperforming at the world’s most prestigious international tournament, the ‘Indomitable Lions’ have lost their last seven World Cup matches in a row, only two short of Mexico’s all-time unwanted record of nine straight World Cup defeats. Moreover, Rigobert Song’s men have lost both previous international games on foreign turf without scoring, underlining their underdog status in this group. If that’s not enough to make the Cameroonians sweat over their faint hopes of making it out of the World Cup group stages for the first time since 1990, they’ve won none of their last four warm-up fixtures ahead of the Qatar showpiece (D2, L2). 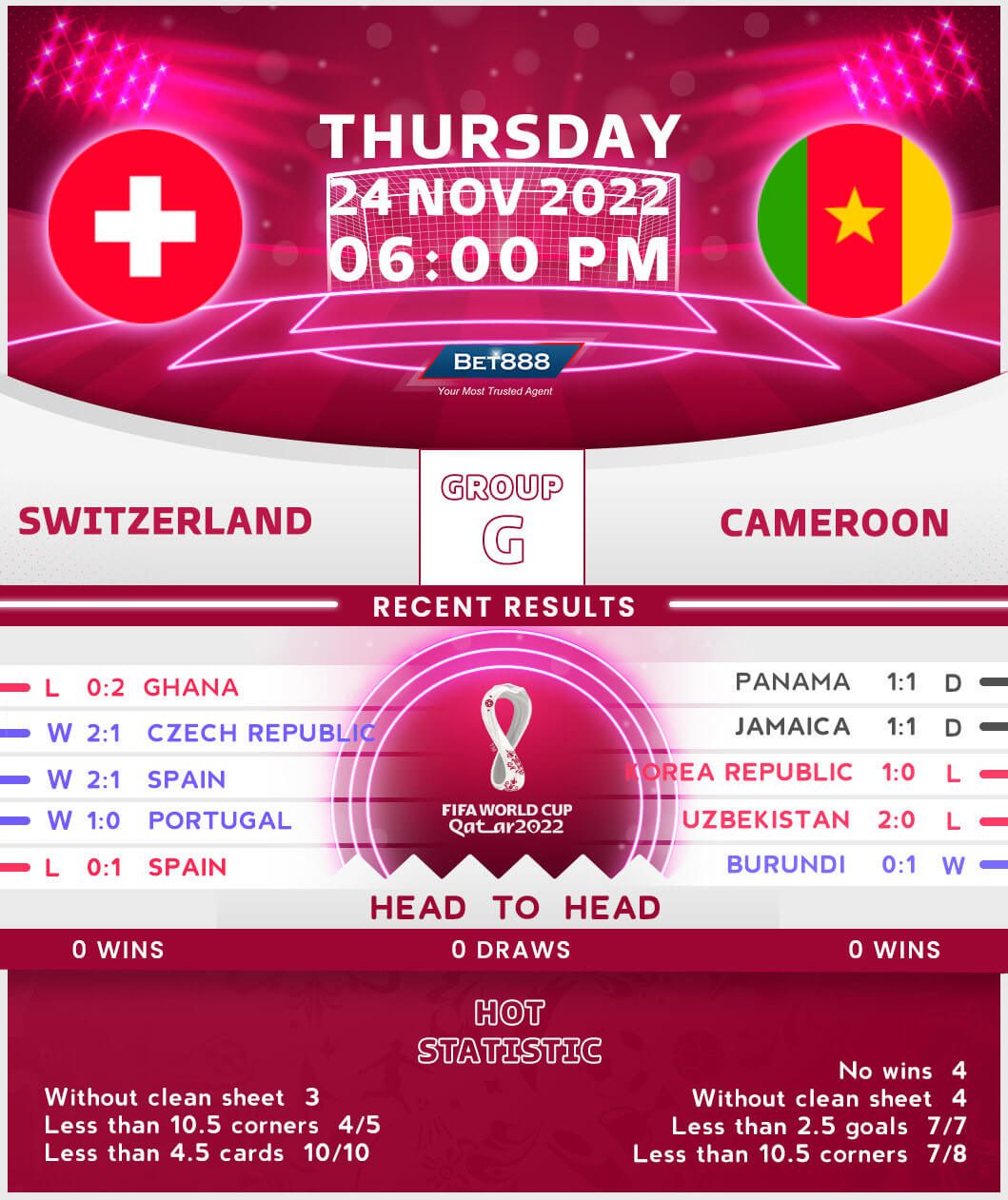