Switzerland’s warm-up campaign ahead of the upcoming Euro finals continues on home soil as they welcome minnows Liechtenstein to the Kybunpark in an international friendly.

After a run of six consecutive matches without winning (D2, L4), Switzerland have gone from strength to strength, putting together five successive victories by an aggregate score of 12-4. The Swiss’ side character has been tasted in their last two outings as they’ve had to come from a deficit to claim a victory on each occasion. Odds-on favorites to keep their purple patch going, the ‘Nati’ go up against a nation they have won against in each of their five encounters by an aggregate score of 12-1. Action-packed football in the earlier stages of play has highlighted Switzerland’s recent matches as three of the last four have seen the opener scored by the seventh minute. Vladimir Petkovic’s men netted precisely three goals twice during that four-game sequence, which has been the case in three of their last four meetings with Liechtenstein.

Meanwhile, the visitors have endured a dramatic dip in form ahead of this showdown, going from back-to-back triumphs to seven consecutive games without winning (D2, L5). A lack of firepower in the attacking third saw Liechtenstein draw a blank five times in that seven-game stretch, scoring precisely one goal apiece in the other two. In fact, two of their last four goals scored have come from the spot. Away from home, the ‘Blues-Reds’ haven’t kept a clean sheet in any of their last four matches, conceding 3+ goals twice in the process. It’s also worth noting that Liechtenstein have failed to score in any of their three trips to Switzerland (L3), losing two of those fixtures by the identical scoreline of 3-0. 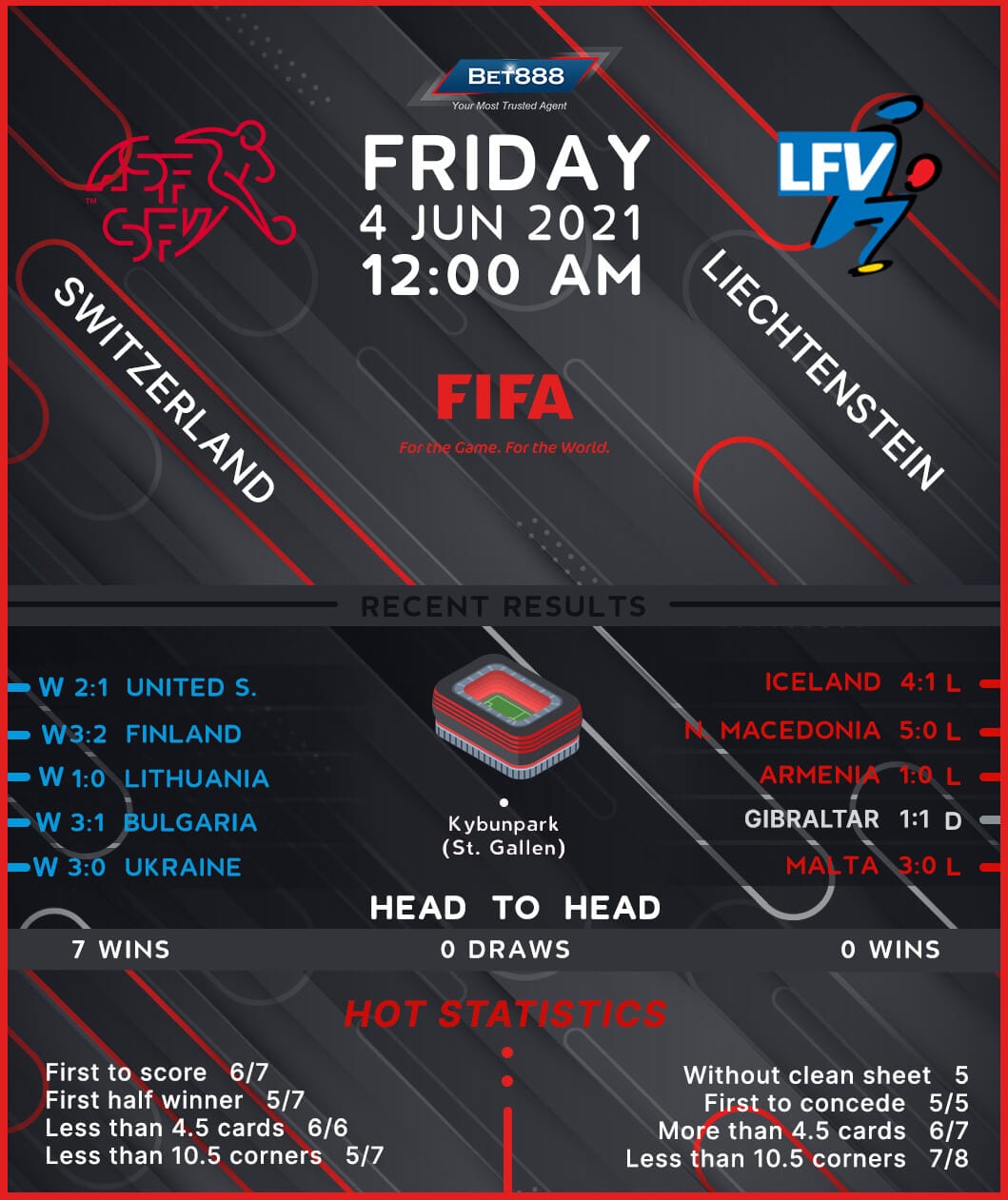