Switzerland and Turkey will trade tackles at the Baku Olympic Stadium in their closing Euro 2020 Group A encounter.

A disastrous 3-0 loss to Italy on Matchday 2 has derailed Switzerland’s hopes of qualifying for the Euro 2020 knock-outs as they head into proceedings winless in both Group A fixtures (D1, L1). The Swiss will have to beat Turkey and hope the other result goes their way to secure a top-two finish in the section. However, if they fail to defeat the Turks, it will be only the second time in their history that they remain winless in all three group stage matches at major tournaments. Worryingly, the ‘Nati’ have lost both of their previous meetings with Turkey despite scoring the opening goal on each occasion. High scoring has been a theme in their recent encounters as four of the last five have featured over 2.5 goals, an average of 3.4 per match.

Meanwhile, the Turks have lost both of their opening Group A fixtures by over 1.5 goals ‘to nil,’ conceding beyond the 75th minute on each occasion. At the European Championships, only Denmark (8) have conceded more unanswered goals than Turkey this summer (5). If they lose to Wales, it will be the first time since 2010 that the ‘Crescent-Stars’ have lost three consecutive internationals. Turkey can find some comfort in their impressive recent Matchday 3 record at major tournaments that has seen them win their final group stage game in their last four appearances at World Cups and European Championships. Interestingly, each of Turkey’s previous four internationals has seen one or both teams fail to get on the scoresheet. 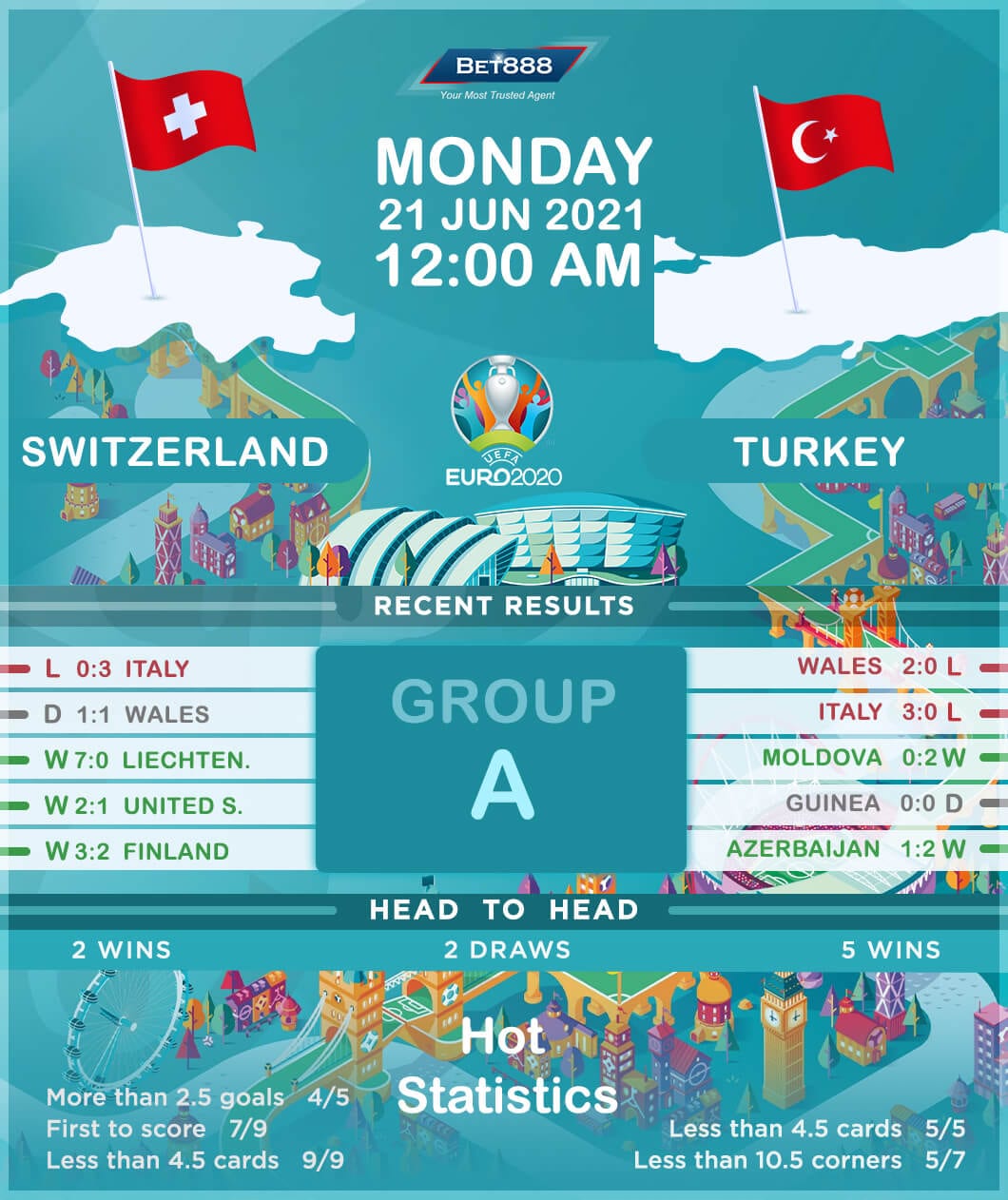