Switzerland will play host to the United States at the Kybunpark, St. Gallen, in their first warm-up fixture ahead of the rescheduled Euro 2020.

Switzerland have notably improved their game over the past eight months, going from seven consecutive matches without winning (D3, L4) to four victories in a row. Vladimir Petkovic’s men have displayed tremendous character to prevail in some keenly-contested affairs of late, with each of their last two triumphs yielding a winning margin of a single goal. Since losing 1-0 to Spain in the UEFA Nations League back in October 2020, the ‘Nati’ have found the net in each of their subsequent six outings, excluding a 3-0 awarded win over Ukraine last November. Switzerland will be looking to build on their recent upturn in form when they meet the United States side they have failed to win against in any of their previous three encounters (D2, L1).

Meanwhile, the visitors go into this meeting in the midst of a purple patch, having racked up a nine-match unbeaten streak (W8, D1) since a 2-0 away loss to Canada in the CONCACAF Nations League in October 2019. Free-scoring USA netted 4+ goals six times across that nine-game sequence, averaging 3.77 goals per match. By contrast, the ‘Stars and Stripes’ had drawn a blank in three consecutive meetings with European nations (D1, L2) before a 2-1 win against Northern Ireland last time out. Going back to November 2018, five of the United States’ six matches on foreign soil have seen one or both sides fail to score (W2, D1, L3). Quick out of the blocks, Gregg Berhalter’s men have found the net before half-time at least once in each of their last five games. 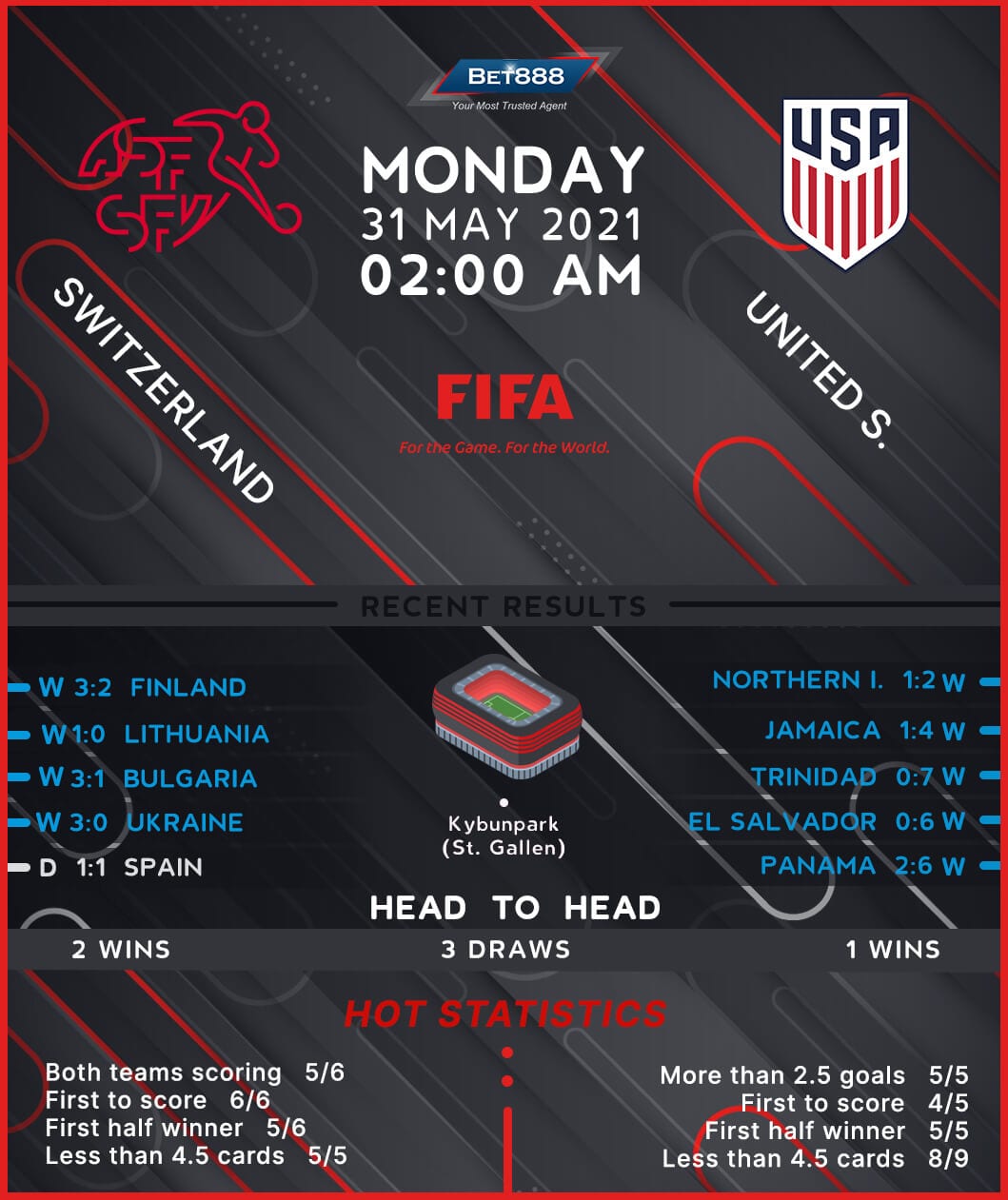