Tampines Rovers’ AFC Champions League campaign gets underway at the Lokomotiv Stadium as they take on Gamba Osaka in their Group H opener.

A disappointing 3-2 home defeat to Hougang last time out brought Tampines’ five-match unbeaten run in all competitions to a halt (W3, D2), marking a third consecutive game without a clean sheet. Despite their defensive woes, the ‘Stags’ have been relentless in front of goal lately, notably scoring 2+ goals in each of their last six competitive home outings, an average of 3.66 per game. In fact, the hosts have found the net in 26 consecutive matches, last failing to get on the scoresheet in a 2-0 loss to DPMM in March 2020. Delivering action from the get-go, Gavin Lee’s men have opened the scoring within 15 minutes of play in three of their last four competitive games, adding at least one to the tally before half-time twice in the process.

Meanwhile, Gamba head into this meeting in the midst of a purple patch, having gone from a seven-match winless streak (D2, L5) to three victories in four games (D1). Gamba’s upturn in form comes as a consequence of their notable attacking improvement that has seen them score seven goals in their last four outings, as many as they had in their previous 16 in all competitions. With that said, Tsuneyasu Miyamoto’s players have failed to trouble the scoreboard in three of their last four competitive road trips, with their solitary goal in this period coming from the spot. By extension, they have drawn a blank in seven of their ten away matches since the turn of 2021, scoring precisely once in two of the other three. 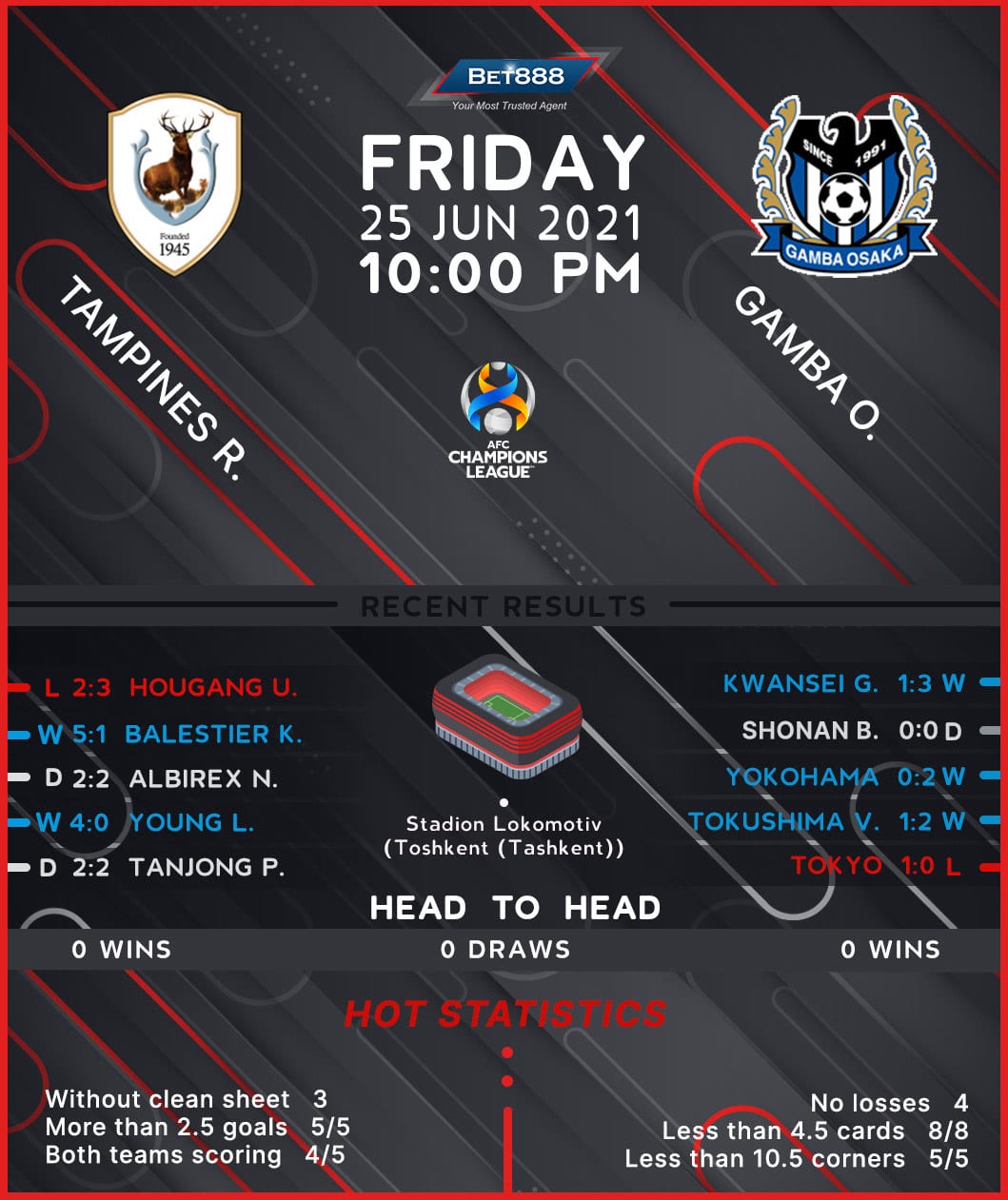