Thailand and Indonesia are set to square off at the Al Maktoum Stadium in the World Cup Qualifying as the hosts seek success that would improve their hopes of finishing in the Group G top two.

Since pulling off a 2-1 home victory over UAE in the World Cup Qualifying back in October 2019, Thailand have alternated between drawing (2) and losing (2) in their subsequent four outings, friendlies included. But it’s been a decent start to the World Cup Qualifying campaign for Thailand so far, as they’ve suffered just a single loss in their opening five games (W2, D2), keeping a clean sheet three times. The ‘War Elephants’ now go up against a nation they have defeated in each of their last three encounters by a winning margin of 2+ goals. However, Akira Nishino’s men have picked up just a single victory in their previous 11 matches at home (D4, L6), scoring under 1.5 goals on eight occasions in the process.

On the other hand, the visitors have started their World Cup Qualifying campaign with a whimper rather than a bang, losing all five fixtures by an aggregate score of 16-3. Indeed, Indonesia’s defensive frailties have seen them concede 3+ goals four times in this qualifying series so far. Particularly vulnerable after half-time, the ‘Red and White’ have registered a clear majority (75%) of their total goals conceded in the ongoing qualifying series in the second half of play. On the road, Shin Tae-yong’s men have lost six of their last eight games (W2), with seven of those results (win/loss) featuring a full-time margin of over 1.5 goals. It will be a daunting prospect for Indonesia to improve that form here as they take on a nation they have lost to in all four of their previous meetings on foreign soil. 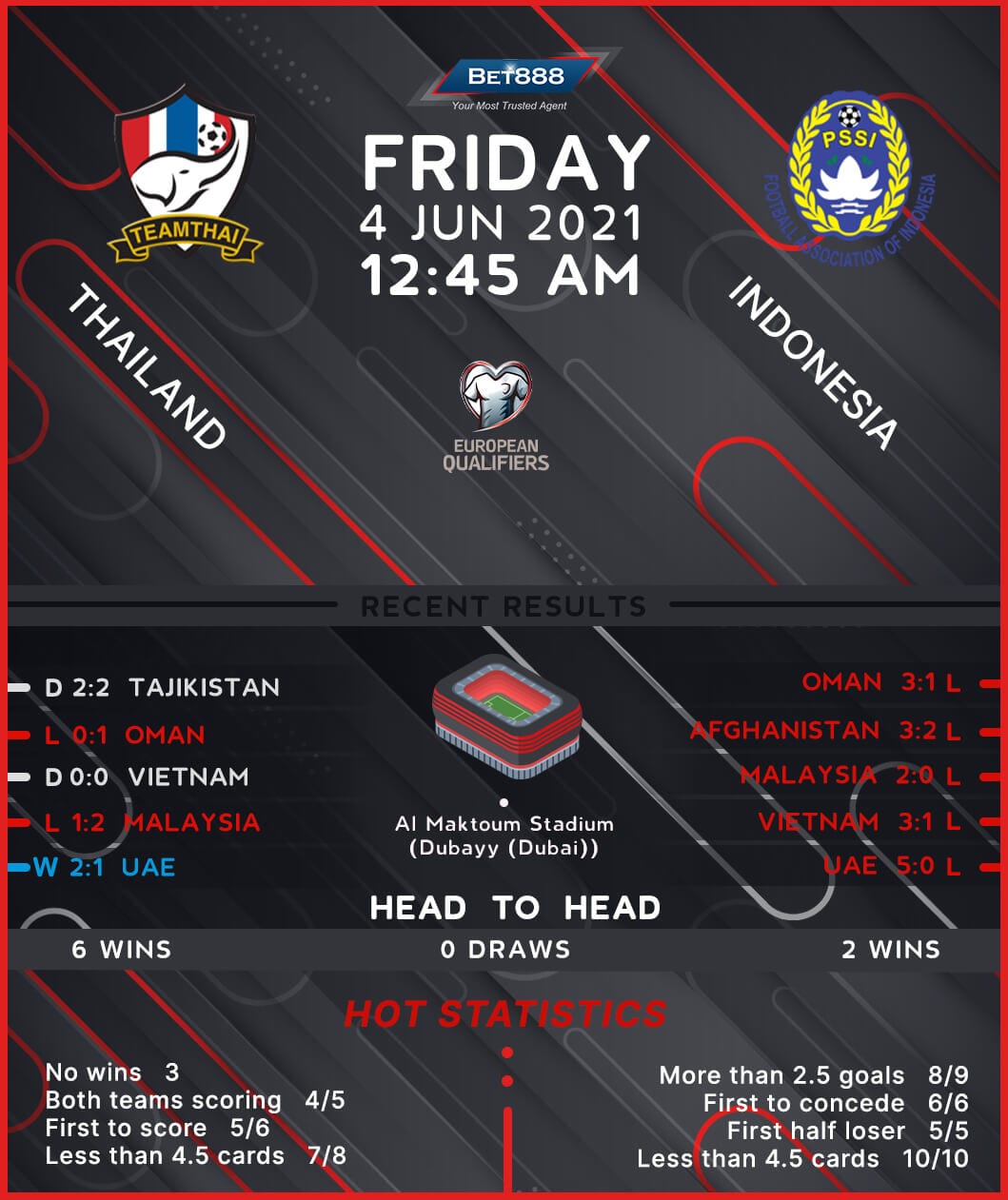