Maktoum bin Rashid Al Maktoum Stadium is the venue as Thailand and Malaysia go toe-to-toe in the 2020 World Cup qualifying encounter that is unlikely to change the fate of either side.

After claiming back-to-back wins over the UAE and Indonesia, the hosts have experienced a massive dip in form, going unbeaten in their last four World Cup qualifying matches on the trot (D2, L2). Thailand’s defensive woes saw them concede 2+ goals three times during that four-game sequence, letting in at least one goal in all six halves of the World Cup qualifying action played in that time. On the bright side, though, the ‘Elephant Warriors’ have yet to lose a qualifying match at home in the ongoing World Cup qualifying series (W1, D2), scoring precisely twice per game in the last two. Extending that run could be rather daunting, considering Thailand have failed to beat Malaysia in any of their last four H2H meetings (D2, L2).

In the meantime, Malaysia’s patch form in the 2020 World Cup qualifying campaign has seen them alternate between winning twice in a row and suffering back-to-back defeats in their last six such contests (W2, L4). Interestingly, three of those six results (win/loss) yielded the identical 2-1 scoreline, with two of them seeing the winner on the day come from behind to claim all three points. There has been plenty of the first-half action in Malaysia’s three away World Cup qualifying fixtures as each featured at least one strike before half-time, with two of them seeing the opener scored within 20 minutes. 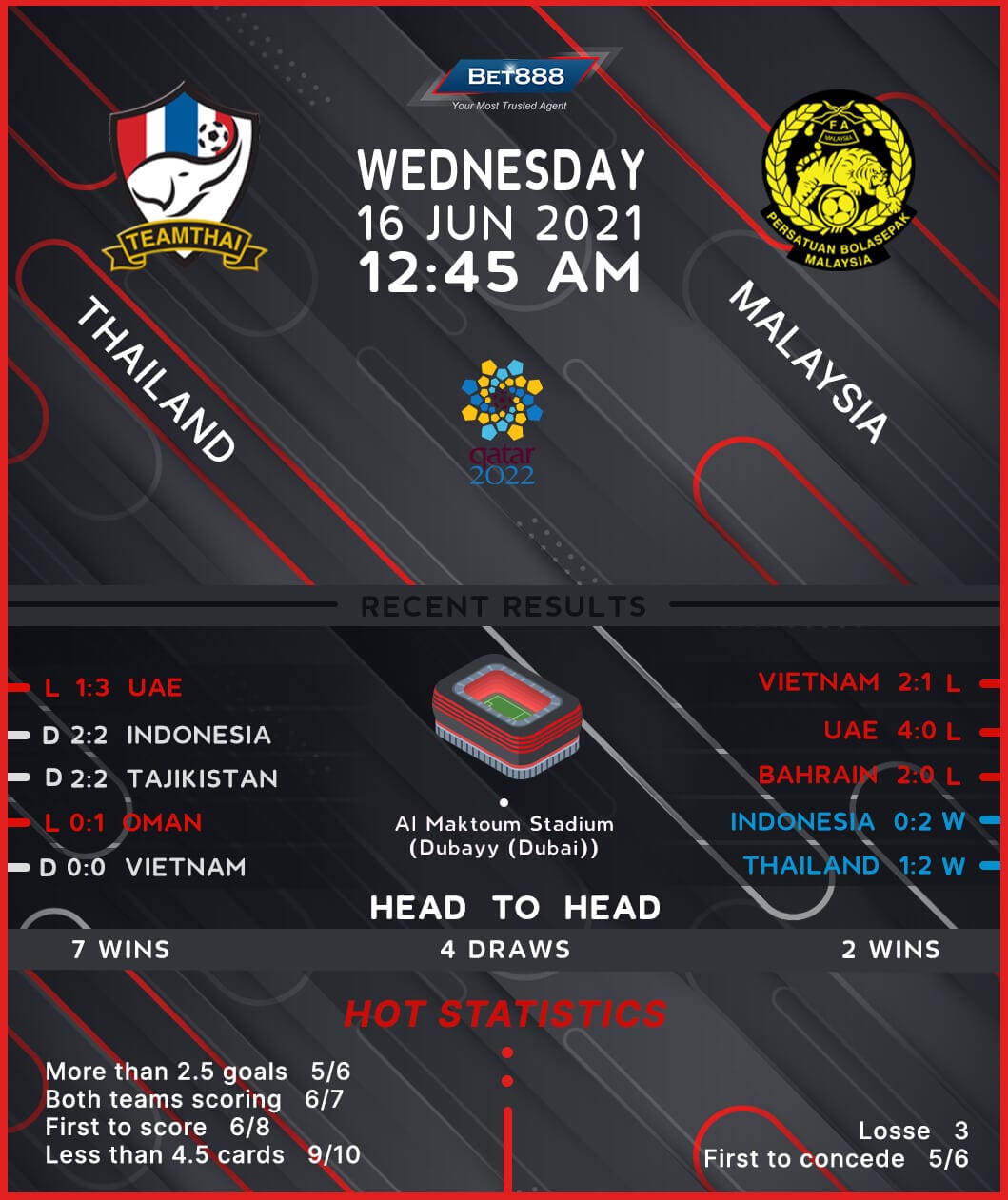