Tokyo churned out a 1-0 home win over Tokushima to paint their Group B opener with flying colors. Unfortunately, that victory also represents their only clean sheet in eight competitive fixtures this calendar year, albeit they have conceded 2+ goals on just three occasions. Interestingly, the hosts have shipped the opener in each of their last four competitive home matches but managed to prevail in three (W3, L1). Although Tokyo did find themselves on the wrong end of a 3-2 scoreline when the two sides met at the beginning of March, they have since racked up a three-match unbeaten run (W2, D1), scoring precisely two first-half goals twice in the process. At the Ajinomoto Stadium, none of the last seven competitive meetings between these rivals have ended in a draw (W5, D2), with six of those results (win/loss) seeing the winner on the day keep a blank sheet.

Meanwhile, Vissel Kobe brushed aside Oita 3-1 on the road in their Group B curtain-raiser despite falling behind within 20 minutes. They have since endured mixed fortunes in five competitive outings (W2, D2, L1), four of which have seen both teams score. Indeed, lackluster starts have seen Kobe concede the opening goal in five of their last six games in all competitions, although they have managed to respond in all but one of those fixtures (W2, D2, L1). A tight contest is well on the cards here as eight of the last nine competitive H2Hs between these two have yielded the full-time margin of under 1.5 goals (W2, D3, L4), with six of them featuring under 2.5 total goals. Yet, low scoring may not necessarily be a theme here, especially considering the fact three of Vissel’s last four away matches have seen over 3.5 goals and both teams on the scoresheet. 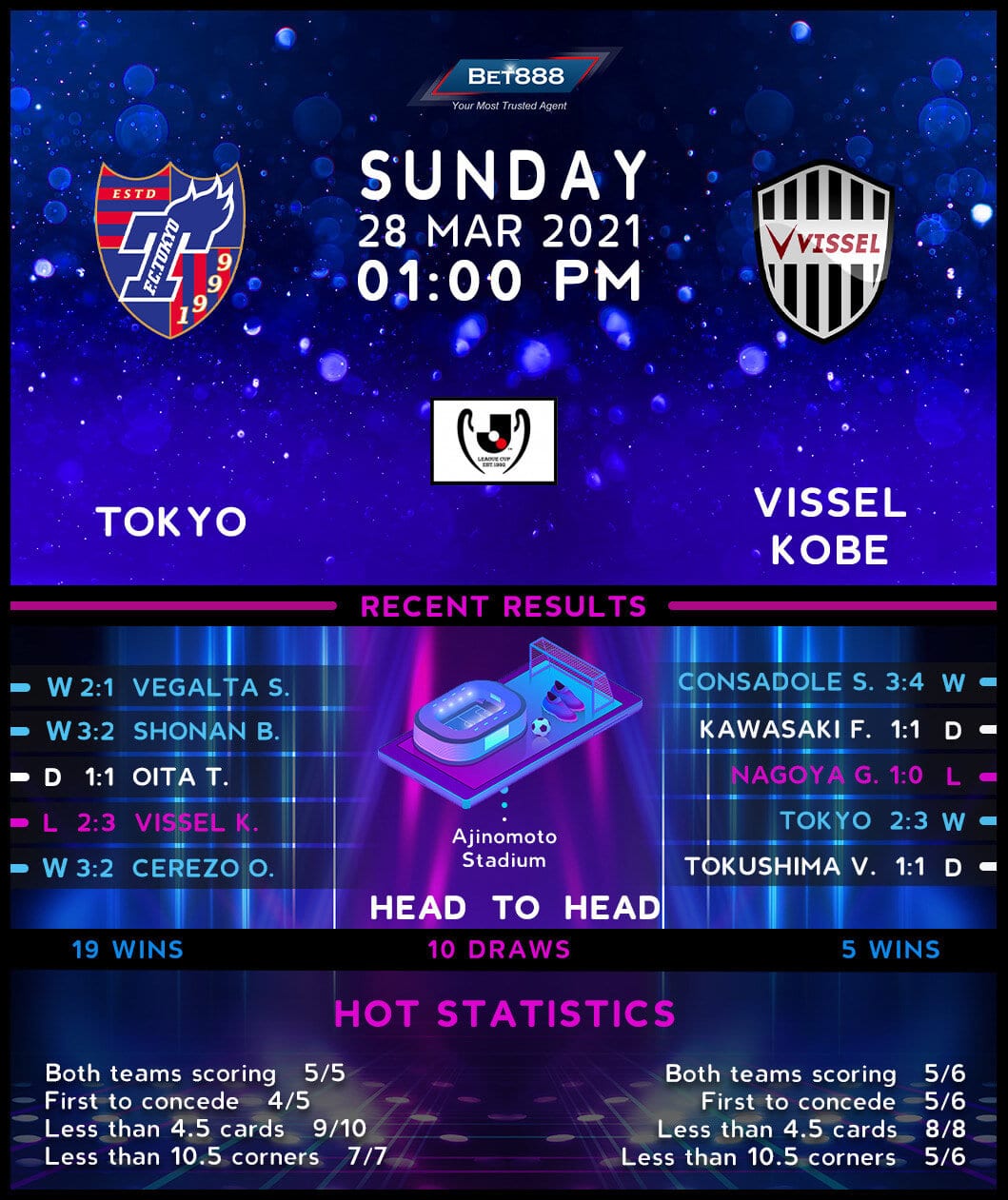