AC Milan’s pursuit of a top-four finish in Serie A continues this midweek as they had to the Stadio Olimpico Grande Torino to take on the bottom-half-of-the-table Torino.

Torino have established themselves as ‘stalemate specialists’ this season, having drawn a league-high 14 Serie A matches, including two of the last four (W1, L1). At home, ‘I Granata’ have won two of their last three Serie A fixtures (L1), one more victory than they managed in their previous 14 in the competition (W1, D8, L5). Encouragingly, Torino haven’t lost any of their last seven top-flight meetings with Milan on home turf, with five consecutive draws followed by back-to-back triumphs. Davide Nicola’s men often step on the gas post restart, as evidenced by the fact that 70.83% of their home Serie A goals scored this season have come in the second half of play (17/24), including 14 of the last 15.

Meanwhile, Milan hammered Juventus 3-0 in Turin last time out, meaning they’ve gone from back-to-back Serie A defeats to consecutive victories as they now look to post a third in a row for the first time since the Christmas period. Having picked up 14 triumphs in their 17 away Serie A matches (D1, L2), ‘I Rossoneri’ are one win away from equaling the all-time competition record for the number of victories in a single campaign set by Inter in 2006/07. Adding to their confidence, Stefano Pioli’s men have defeated Torino in both of their previous top-flight encounters without conceding, which has been the case in just three of their seven away league wins since the calendar flipped to 2021. Notably, 13 of Milan’s 14 Serie A successes on the road this term were accompanied by a half-time lead. 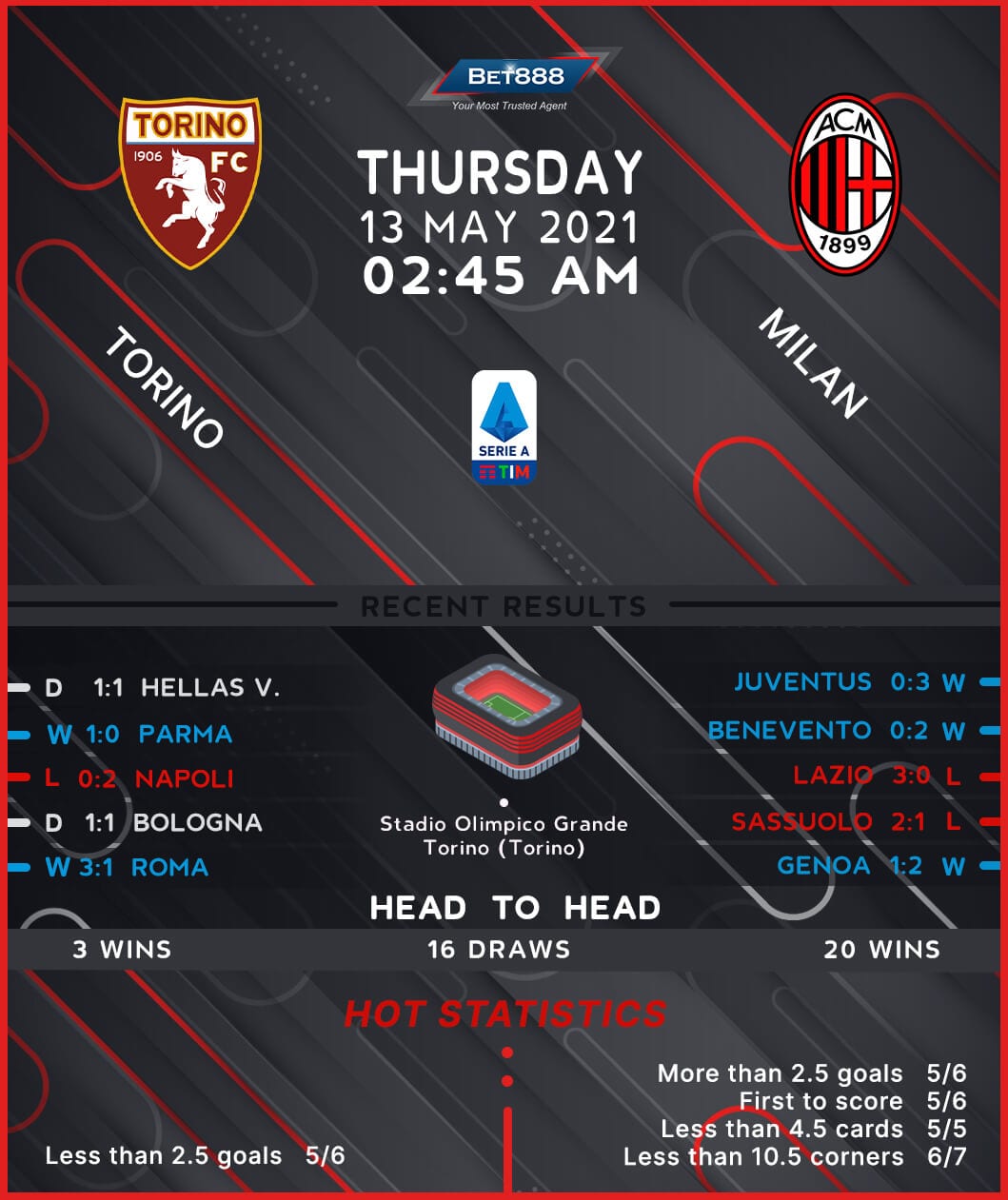