Torino will be looking to end a two-game goal drought against Fiorentina in Serie A (L2) when the two sides meet at the Stadio Olimpico di Torino.

Torino have gone winless in four consecutive Serie A games (D3, L1) since winning 3-0 at Parma on Matchday 15, as they head into this encounter level on points with 18th-placed Cagliari. What’s more, the ‘Maroons’ are the only team in the Italian top-flight yet to taste victory on home soil this season (D5, L4), despite scoring the opening goal (if any) in 44.44% of their Serie A home outings so far. Having that said, Torino have avoided defeat in seven of their last eight top-flight meetings with Fiorentina here (W3, D4), with four of the matches won/lost in that sequence yielding the identical 2-1 scoreline. But, Davide Nicola’s men have developed a habit of falling behind without recovering, surrendering the points in six of the eight league games in which they conceded the first goal this term (D2, L6).

On the other hand, none of the visitors’ last four Serie A fixtures have ended in a draw (W2, L2), with Fiorentina alternating between a win and a loss on each occasion. Regardless, their recent league matches have been notably tight, six of the last eight seeing the sides separated at full-time by under 1.5 goals (W3, D3, L2). Interestingly, seven of Fiorentina’s eight previous away Serie A games have seen one or both teams fail to get on the scoresheet (W1, D1, L5), with five of those results (win/loss) featuring at least a two-goal margin. Therefore, conceding the opening goal could prove fatal to Cesare Prandelli’s hopes of winning here, especially considering that his men have lost all five Serie A trips in which they shipped the opener this season. 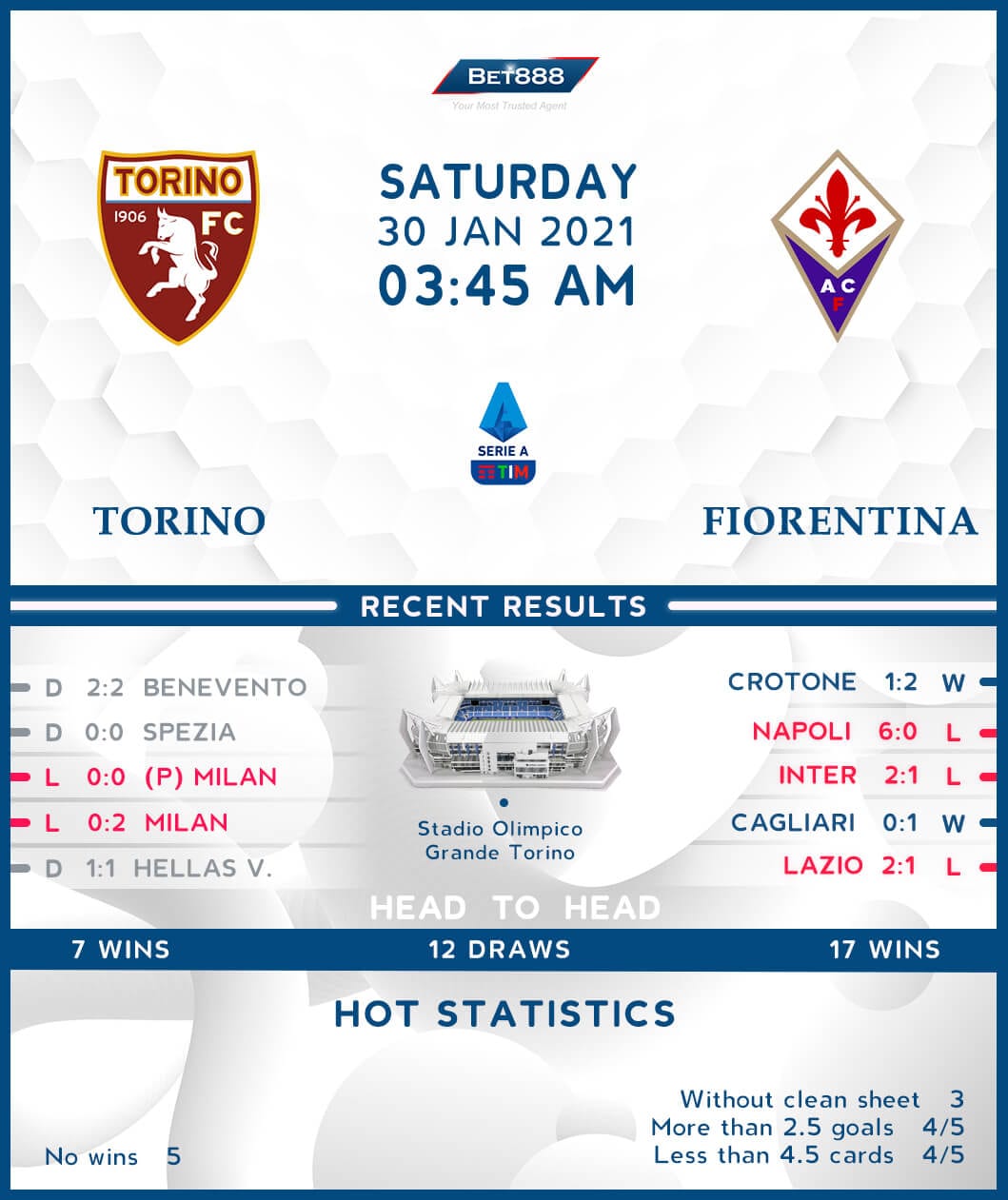