Stakes are high as relegation-threatened Torino and Serie A leaders Internazionale square off at the Stadio Olimpico di Torino.

Torino’s hopes of avoiding relegation are on the line, with the hosts entering this round two points adrift of safety. A lack of form has seen ‘I Granata’ win just one of their last nine Serie A fixtures (D6, L2), frustratingly conceding the opening goal (if any) six times across that spread of matches. Heading into proceedings, ‘Il Toro’ are the only side in Serie A yet to win a home game this season, with 63.64% of their top-flight fixtures at the Olimpico di Torino ending in a draw (GP:11 – D7, L4). Particularly vulnerable in the later stages, Davide Nicola’s men have conceded a league-high 14 goals inside the final 15 minutes of play, which accounts for 31.11% of their total Serie A goals shipped this campaign.

On the other hand, sitting six points clear of cross-town rivals AC Milan at the summit, Inter top the form table in Serie A, having returned eight victories from their last nine league matches (D1). Antonio Conte’s men have netted a staggering 63 Serie A goals this season (more than any other side), scoring 2+ goals in six of their last seven league outings. Additionally, ‘I Nerazzurri’ have put at least three goals past Torino in each of their last three top-flight clashes, winning all of them. Inter often step on the gas after the interval, as witnessed by the fact that two-thirds of their Serie A goals scored away from home this term came in the second half (18/27). Another bright spot has been Inter’s ability to bounce back after falling behind – they have only lost two of the eight league matches in which they conceded first this term (W4, D2, L2). 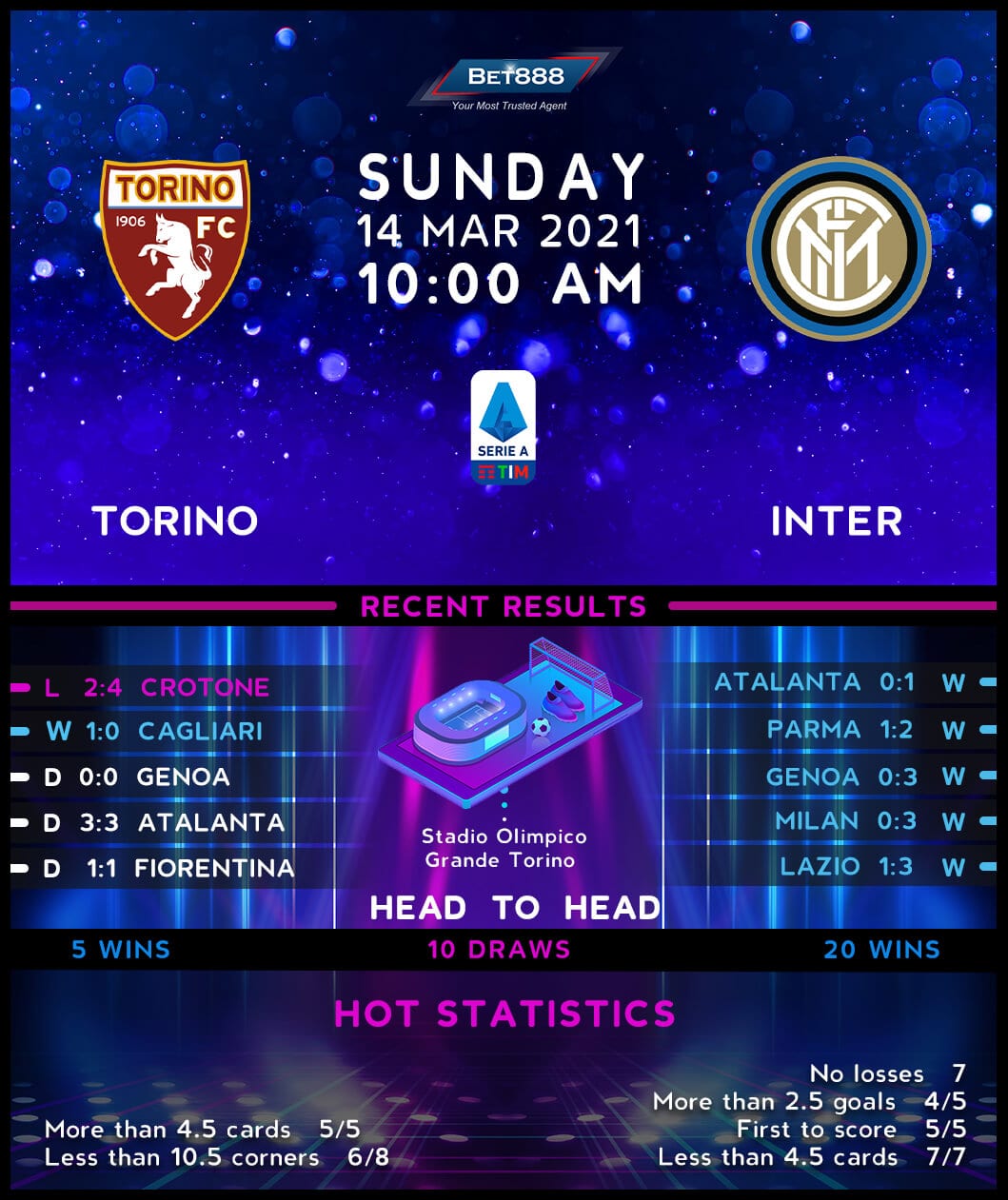