Torino and Juventus are set to square off at the Stadio Olimpico di Torino in the 152nd Derby della Mole in Serie A, with the H2H record massively favoring ‘I Bianconeri’ (W73, D43, L35).

Torino head into this fixture frantically looking over their shoulders as they hold a single-point lead on 18th-placed Cagliari after losing three of their last four Serie A outings (W1). Curiously, Torino’s last Serie A home match yielded a remarkable 3-2 comeback triumph over Sassuolo, bookending a run of 12 home league games without a win (D7, L5). But, coming off the back of a 1-0 away defeat at Sampdoria, ‘I Granata’ face the prospect of losing back-to-back Serie A matches without scoring for the first time since February 2020. Yet, Davide Nicola’s men will be confident of netting here after finding the net in seven of their last nine Serie A home fixtures. If they manage to penetrate Juventus’ defense, they are likely to do it after the interval, given that two-thirds of their total home league goals scored this season have come in the second half (12/18).

Since their last H2H away defeat in Serie A (April 2015), ‘I Bianconeri’ have won five consecutive away league meetings, averaging 0.4 goals conceded (GF:10, GA:2). Each of their last three away Serie A H2Hs versus Torino has seen Juventus run out 1-0 victors, with the winner in two of them coming in the 70th minute. However, an indifferent away from across their previous five away Serie A fixtures could pose a problem for the reigning champions (W2, D1, L2), as can the fact that they scored under 1.5 goals three times in that sequence. Andrea Pirlo’s side can draw confidence from the fact that they have not lost any of their last 33 Serie A fixtures against the teams starting the day inside the bottom four (W29, D4). Furthermore, quick out of the blocks, they have struck first in nine (69.23%) of their 13 Serie A trips this season. 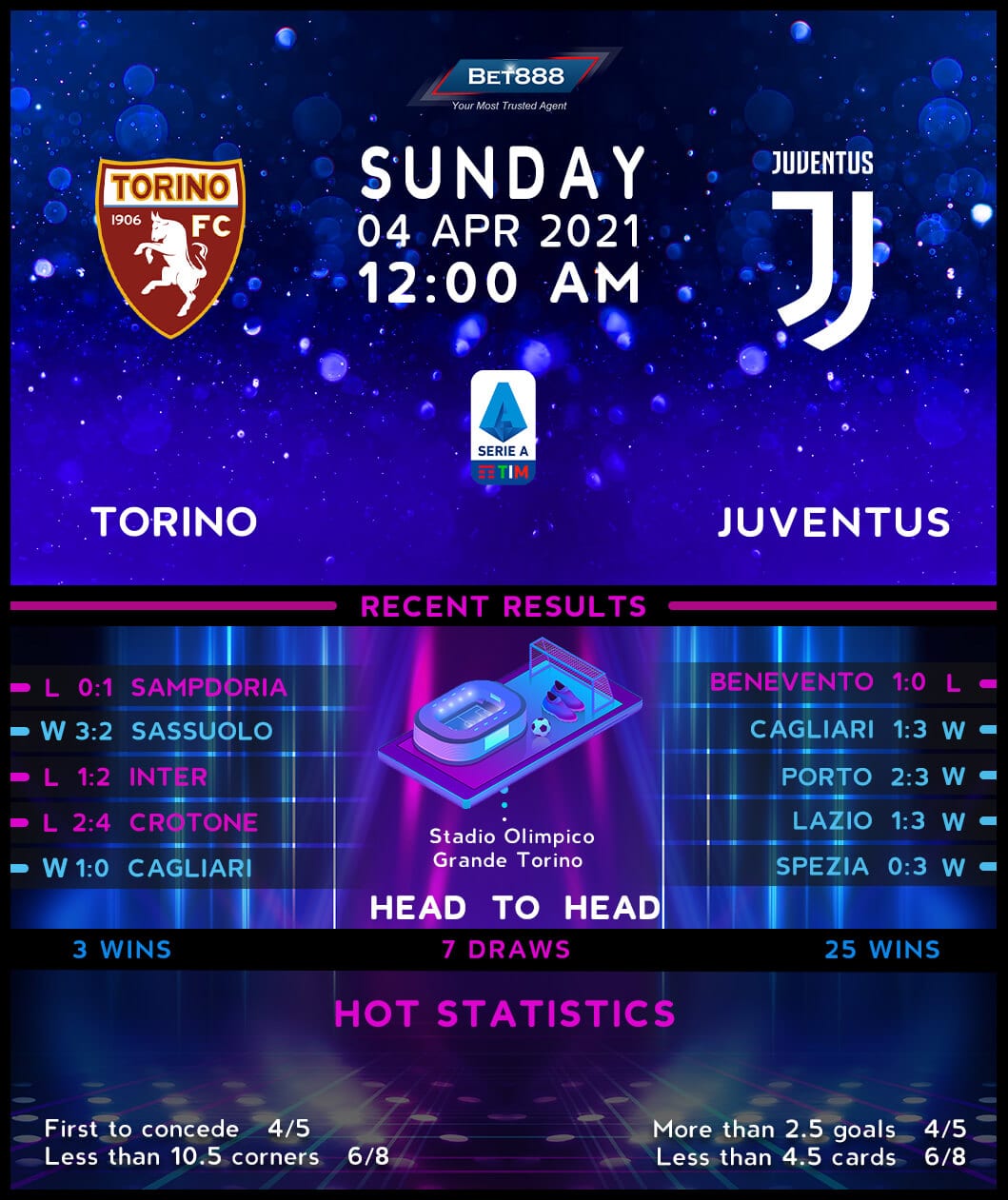