Stakes are high as relegation-threatened Torino welcome top-four challengers Napoli to the Stadio Olimpico di Torino in an exciting Serie A fixture.

The hosts have gone into overdrive since a 1-0 loss away to Sampdoria on Matchday 28, clocking up a four-game unbeaten Serie A streak (W2, D2) despite conceding first on three occasions in this run. Additionally, ‘I Granata’ have netted 2+ goals in each of their last three home Serie A outings (W2, D1), including a stunning 3-1 comeback against Roma in their most recent league match at Olimpico di Torino. Torino held Napoli to a bore draw in this exact fixture back in 2019/20, halting a four-game losing streak in top-flight H2Hs at home, and could now avoid defeat to this opposition in back-to-back such contests for the first time since 2008. However, Davide Nicola’s men have failed to prevail in any of their last 11 Serie A H2Hs (D4, L7), scoring under 1.5 goals nine times in the process.

In the meantime, Napoli dismantled Lazio 5-2 at home in midweek to stretch their unbeaten Serie A run to three games (W2, D1) and can now leapfrog Juventus in fourth with another win here. Gennaro Gattuso’s men have suffered just one defeat in their last five away Serie A matches (W3, D1, L1) after losing three league trips in a row previously. Gattuso’s all-out approach has seen Napoli draw a joint-low three Serie A fixtures this season (W20, L9), albeit the head coach himself has played out three stalemates in his five managerial encounters with Torino (W1, L1). Away from home, ‘I Partenopei’ have drawn just one of their 16 Serie A games this term (W9, L6), courtesy of a 3-3 tie at Sassuolo on Matchday 25. Remarkably, the visitors boast a resounding 93.75% win-ratio in league contests that saw them claim a half-time lead this season (W15, D1). 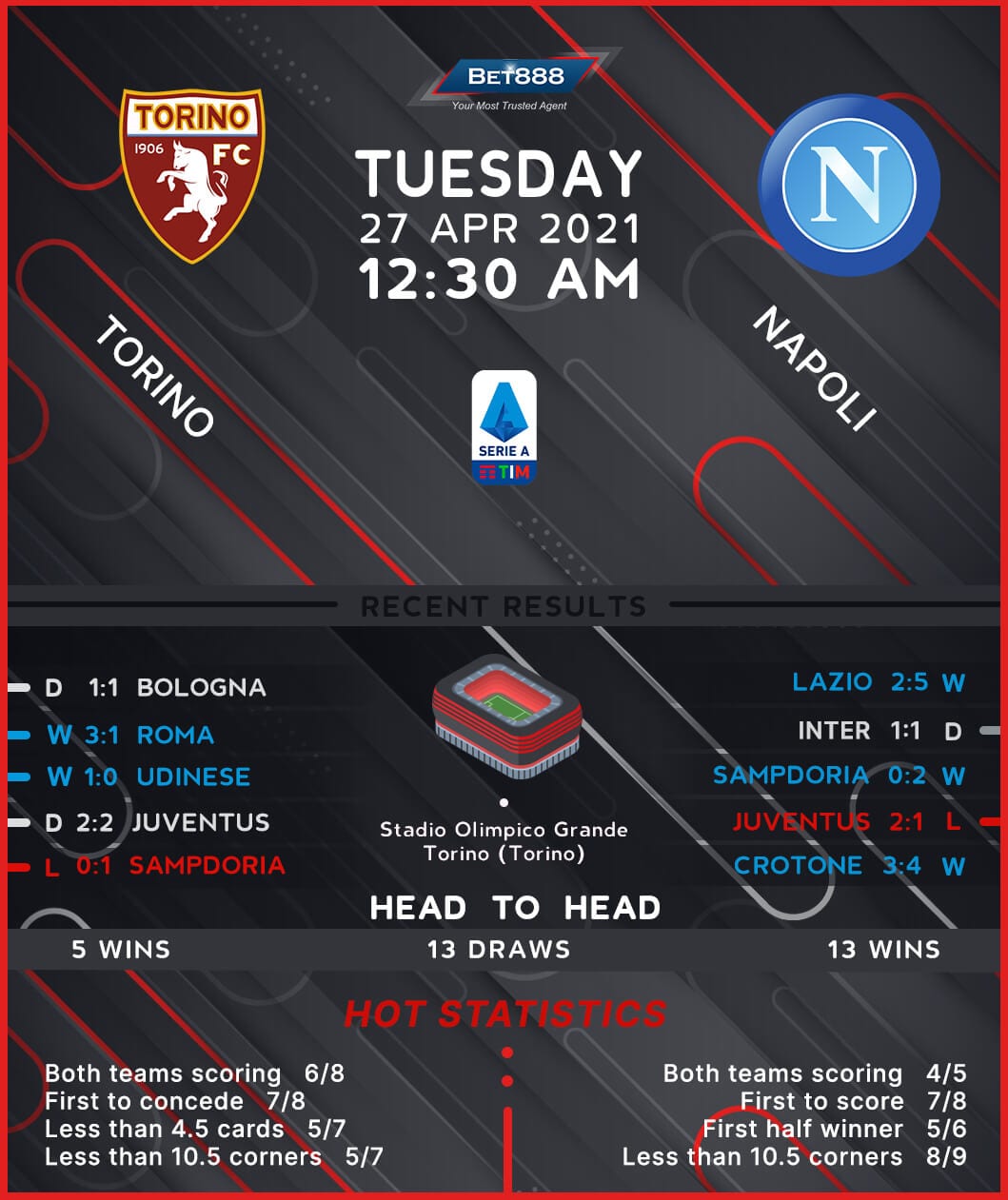