Torino and Roma will trade tackles at the Stadio Olimpico di Torino in a must-win Serie A fixture for both sides.

Fighting tooth and nail to avoid relegation, Torino eked out a narrow 1-0 win at Udinese last time out to snap a two-game winless run in Serie A (D1, L1) and extend their lead on 18th-placed Cagliari to five points. Unfortunately, ‘I Granata’ have claimed a league-low one home victory throughout the entire 2020/21 campaign (D8, L5), courtesy of a 3-2 win over Sassuolo on Matchday 24. Davide Nicola’s men have established themselves as ‘stalemate specialists’ this season, drawing a league-high 12 Serie A matches thus far, including eight at home! Another draw seems to be out of the picture here, considering the hosts have lost their last three top-flight meetings with Roma at this stadium, all of which by a single-goal margin. Stadio Olimpico di Torino has recently been a venue of entertainment, with Torino’s last three league matches here seeing 3+ goals and both teams on the scoresheet.

In the meantime, fresh from securing their first-ever Europa League semi-final berth, Roma will be looking to stretch their unbeaten Serie A run to four games (W2, D1). Easier said than done, especially considering Roma’s indifferent away form across their last six league matches (W1, D2, L3). Worryingly, ‘I Giallorossi’ drew a blank four times across that six-game sequence while conceding 2+ goals on four occasions. Moreover, Paulo Fonseca’s men have developed a habit of falling behind without recovering, frustratingly losing all six Serie A fixtures in which they were trailing at half-time this season. Their defensive frailties have seen Roma concede the fourth joint-high 27 goals away from home this top-flight campaign, with 62.96% of them coming in the second half of play. 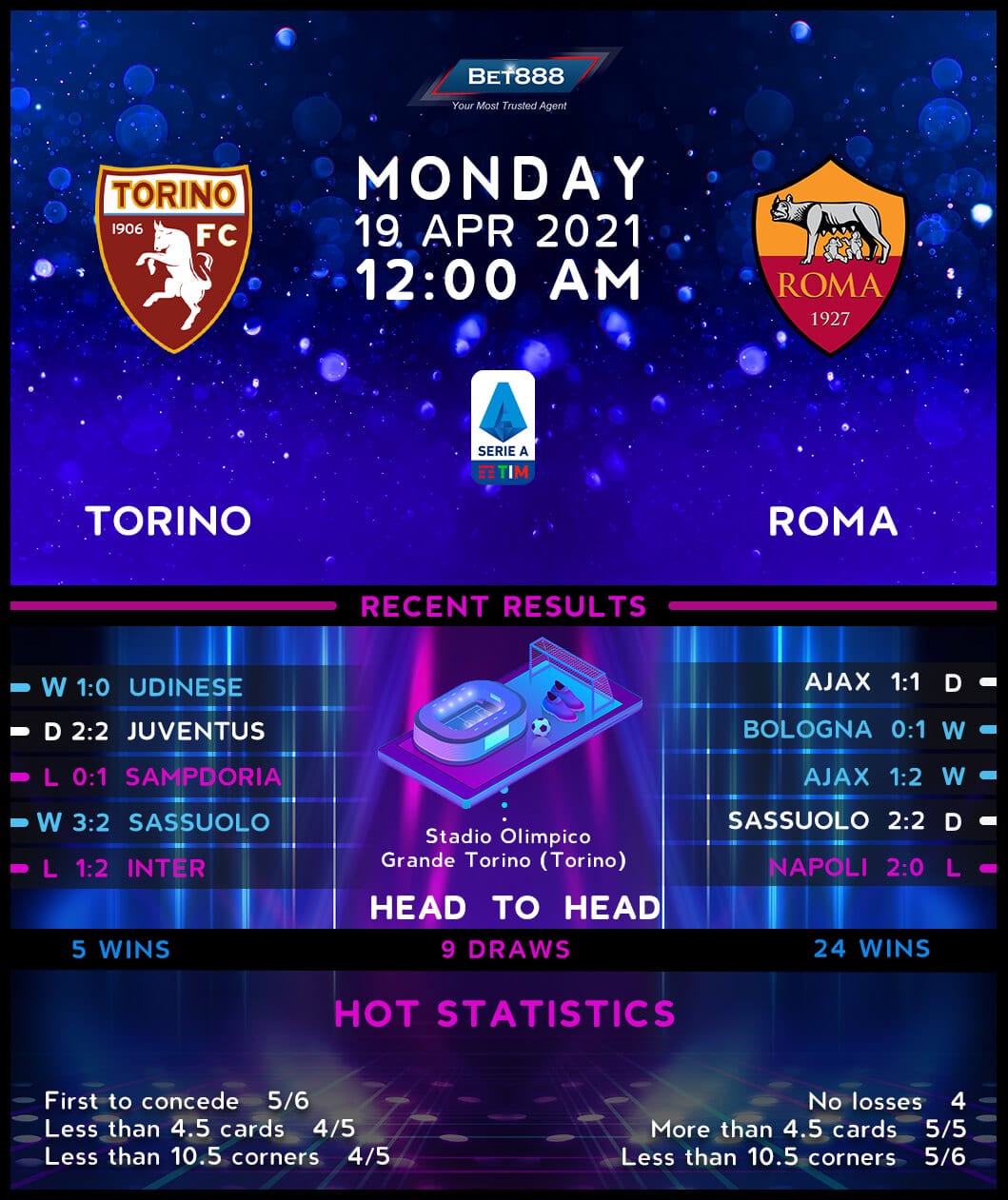