A 3-3 away draw with LASK in the Europa League midweek gave Tottenham a second consecutive draw in all competitions after five victories in a row. In the Premier League alone, the ‘Spurs’ have gone unbeaten in nine matches (W6, D3) since suffering a 1-0 home defeat to Everton on Matchday 1. Additionally, Jose Mourinho’s men have won five of their six previous competitive home games (D1), scoring an intimidating average of 3.5 goals per match during this run. At the other end of the pitch, however, they have failed to keep a clean sheet in four of five home Premier League fixtures, with 75%(6) of their goals eight conceded across that sequence coming in the first half of play. Notably, though, Tottenham have not lost any of their last six top-flight H2Hs as hosts (W4, D2).

Meanwhile, fresh from a 4-1 hammering of Rapid Vienna in the Europa League midweek, Arsenal will be desperate to return to winning ways in the Premier League after failing to pick up the three points in any of their last three league matches (D1, L2). But, for the visitors, goals have been at a premium lately. They have netted under 1.5 goals in each of their six previous Premier League fixtures, which has been the case also in their last four league trips. That said, six of Arsenal’s eight previous away games in all competitions have seen one or both sides fail to score, including the last three. Early action has also been at a premium for the ‘Gunners,’ as just one of their five Premier League matches on the road has featured over 1.5 first-half goals. 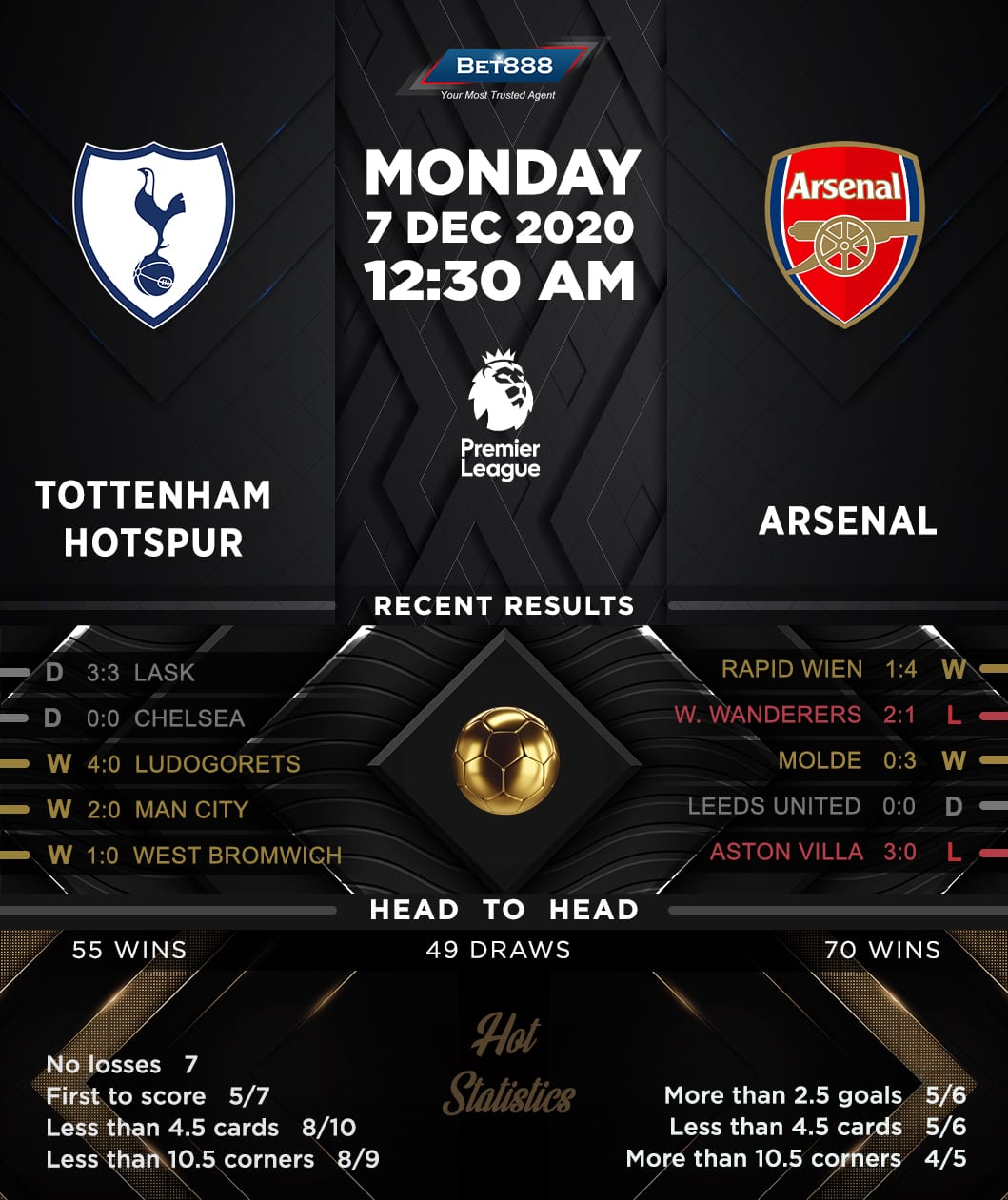