Tottenham Hotspur’s hopes of returning into contention for a top-four finish in the Premier League are on the line as a defensively-stubborn Burnley side arrive at the Tottenham Hotspur Stadium.

After a 4-0 hammering of Wolfberger in the UEFA Europa League midweek, Tottenham will be desperate to shift momentum over to the Premier League. The ‘Spurs’ have lost five of their last six top-flight matches (W1) and currently trail fourth-placed West Ham by nine points but do have a game in hand. A lack of ruthlessness in front of goal has seen Jose Mourinho’s side score under 1.5 goals in five of their last six Premier League outings, with no team from the upper half of the table netting fewer goals than Tottenham (37) so far. Perhaps surprisingly, the Londoners have accrued only 45.95% of their total top-flight goals scored on home soil (17/37). Yet, delivering action from the get-go, 11 (64.71%) of Tottenham’s 17 Premier League goals bagged at home have arrived in the first half of play.

Ahead of the kick-off, Burnley have avoided defeat in four consecutive Premier League fixtures (W1, D3) after suffering identical 2-0 back-to-back losses beforehand. Curiously, the ‘Clarets’ have won two of their last three away league fixtures (L1), bettering their tally of one win from their previous nine Premier League trips (W1, D3, L5). The ‘clean-sheet’ theme remains quite significant in the context of Burnley’s away league games preceding this trip, as each of the last ten has seen one or both sides fail to get on the scoresheet. For Sean Dyche’s men, goals have been at a premium this term as they head into this meeting as one of just two teams yet to smash a 10-goal barrier on the road (8 goals scored). Particularly toothless in the early stages of play, the visitors have scored a league second-low three first-half goals on the road so far. 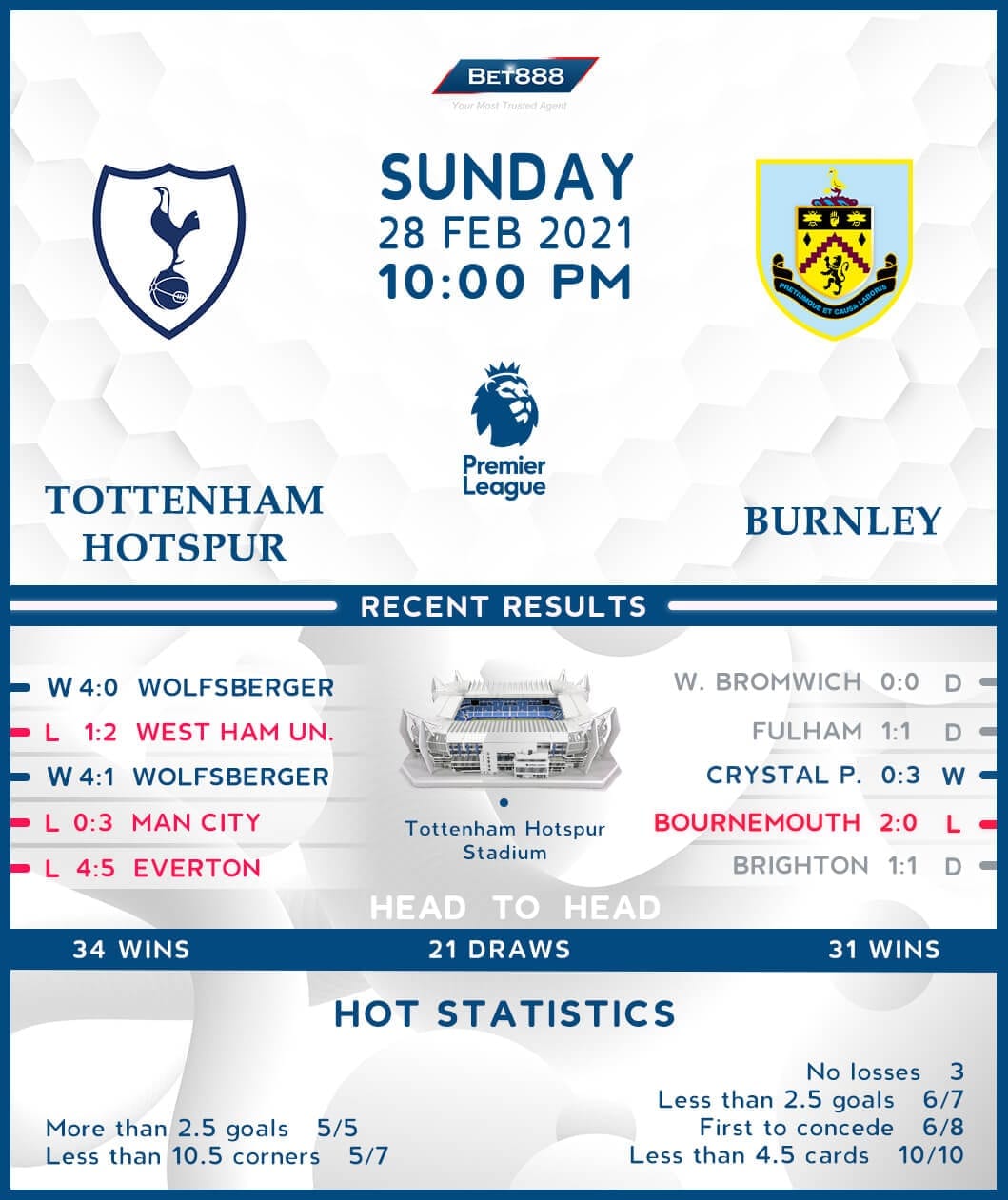