Tottenham have suffered back-to-back Premier League defeats going into this fixture after going unbeaten in four consecutive such outings beforehand (W2, D2). Coming into this matchday, Jose Mourinho’s men have only won one of their last four Premier League home fixtures (D1, L2), with each game won/lost in that sequence yielding at least a two-goal margin. Moreover, Mourinho has failed to outplay Chelsea in any of their last six showdowns in all competitions (D3, L3). Scoring has been an issue for the ‘Spurs’ lately, as they’ve netted under 1.5 goals in three of their last four Premier League matches, with four of their five goals scored in that period coming before the 60-minute mark. Indeed, quick out of the blocks, Tottenham have bagged a league second-high 21 first-half goals this season, getting on the scoresheet in the opening 15 minutes of play more often than any other side.

Meanwhile, after claiming a comfortable 2-0 win at home against Burnley last time out, Thomas Tuchel will be looking to grab his first away Premier League win as a Chelsea boss. Tuchel could become the first Chelsea manager since Jose Mourinho in 2004 to keep a clean sheet in each of his first three top-flight games in charge. The German tactician can find confidence in the fact that the ‘Blues’ have not lost any of their last four Premier League meetings with Tottenham (W3, D1), registering a shutout on three of those occasions. However, the visitors have experienced all sorts of problems on the road in the recent period, suffering four defeats in their previous five away league matches (W1) and scoring under 1.5 goals in each of them. Yet, Chelsea could pose a real threat after half-time, as evidenced by the fact that 78.57% of their total Premier League goals scored away from home this season have come in the second half of play (11/14). 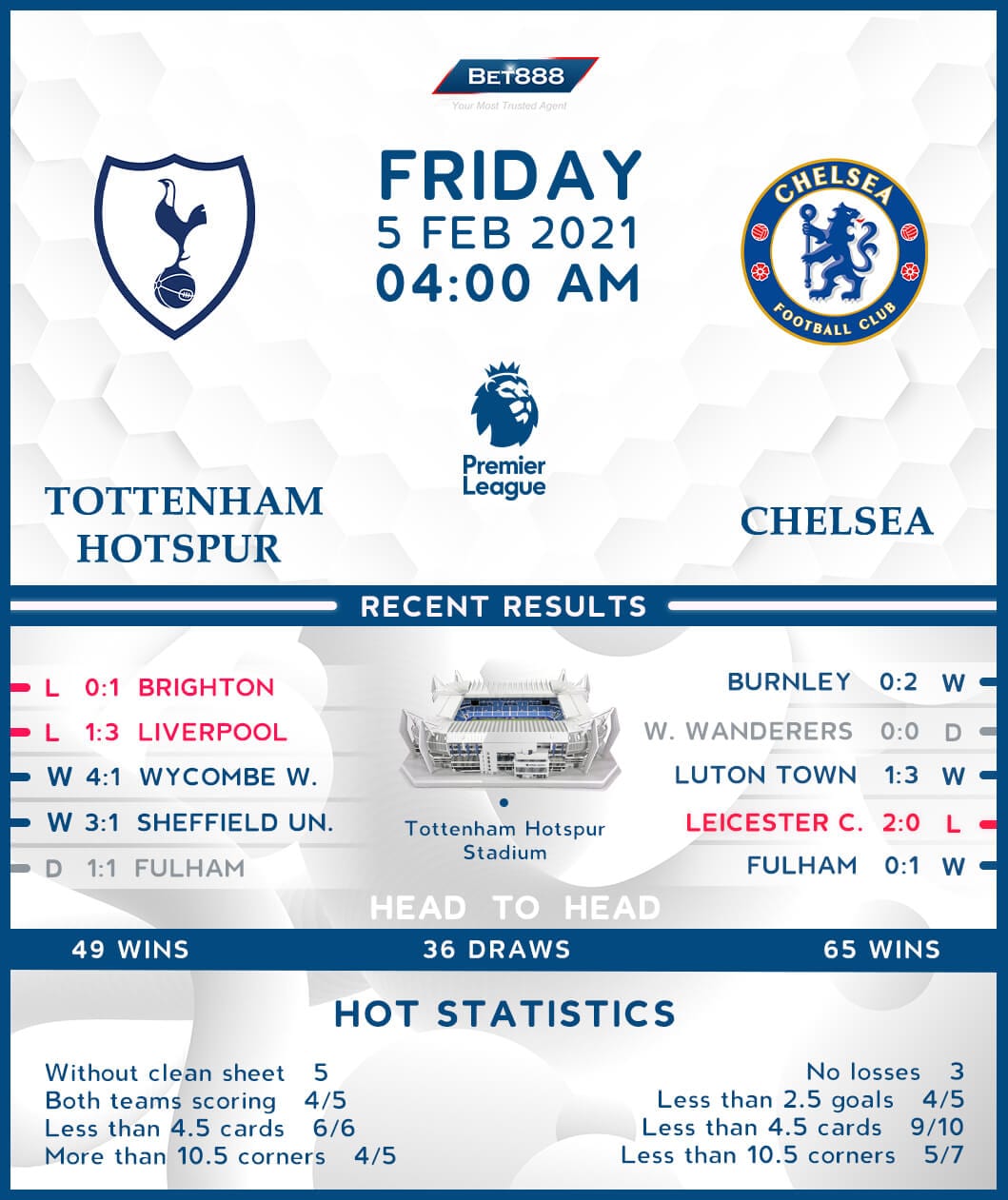