Ahead of the kick-off, Tottenham have enjoyed an upturn in form, going from back-to-back Premier League losses to two consecutive wins ‘to nil.’ Sitting five points adrift of fourth-placed Chelsea, the hosts can’t afford any more slip-ups if they are to compete again in the UEFA Champions League next season. Palace’s visit comes in handy, as the ‘Spurs’ are undefeated in their previous 11 top-flight meetings (W9, D2), winning each of the last five held on home turf. Notably, Jose Mourinho’s men have kept a clean sheet in each of their last seven home Premier League fixtures against Palace. Overall in the 21st century, Tottenham have registered a shutout in 12 of their 17 top-flight H2Hs. Quick out of the blocks, the hosts have scored the second-highest 14 first-half goals at home this Premier League campaign, which accounts for 66.67% of their total goals netted in home league matches.

On the other hand, coming off the back of consecutive goalless draws with Fulham and Manchester United, Crystal Palace seek their first victory versus a London opposition at the sixth attempt (D4, L1). A genuine lack of firepower up front has seen the ‘Eagles’ draw a blank in four of their last six away league games. Worryingly, only one side sitting 14th or better have scored fewer Premier League goals than Palace (29) this term. Furthermore, Roy Hodgson’s men have produced a miserly average of 4.8 shots per match across their last four top-flight trips, which could be an issue against Mourinho’s defensive set-up. Conceding first could prove fatal to the visitors’ hopes of avoiding defeat here, as they’ve lost 83.33% of the Premier League fixtures in which they shipped the opener this season (GP12 – W1, D1, L10). 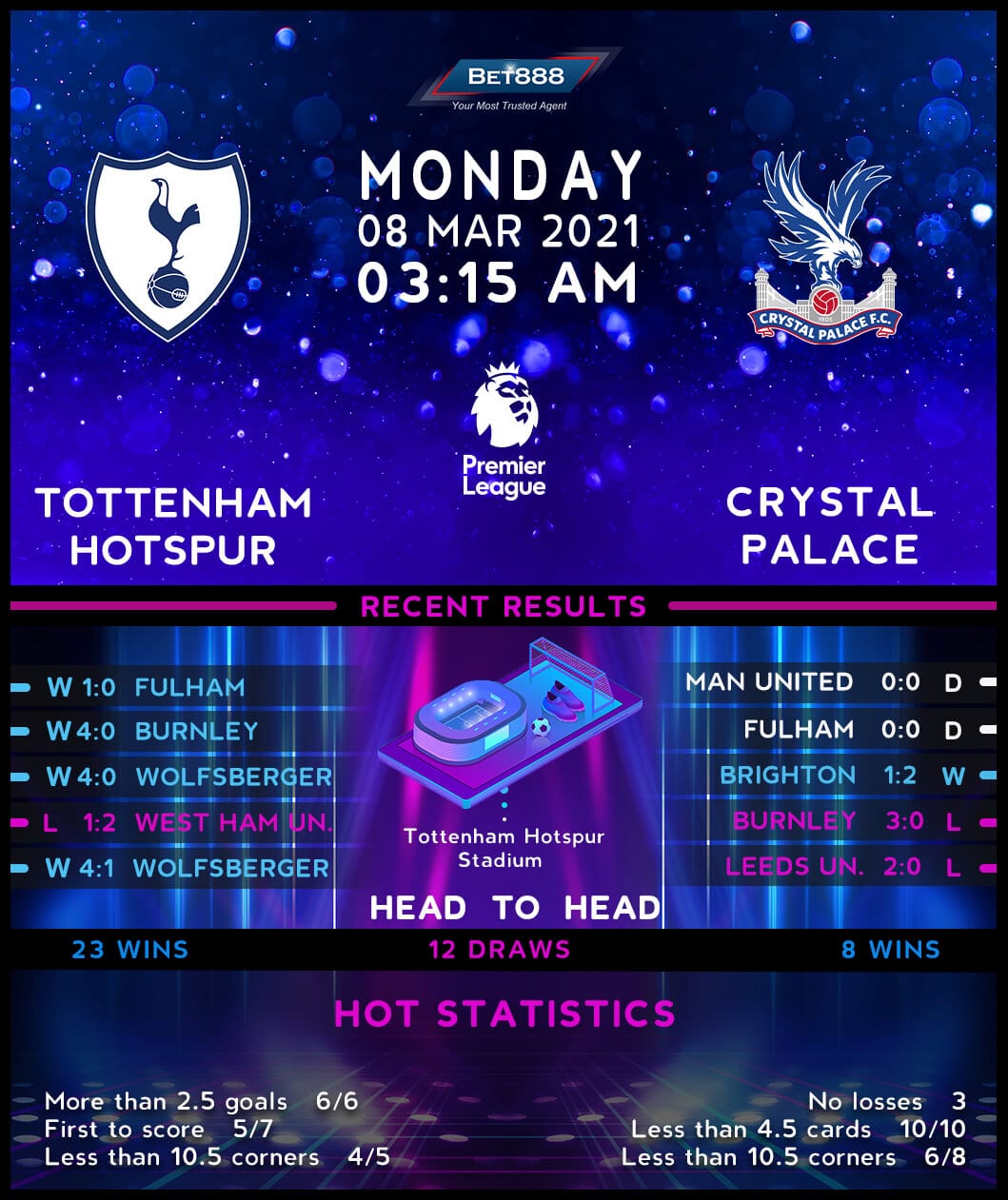