The hosts didn’t break a sweat en route to setting up this encounter, easing past Austrian outfit Wolfsberger 8-1 on aggregate (4-1 A, 4-0 H) in the last knock-out round. Tottenham secured a commanding 4-0 victory in their only previous European meeting with Dinamo Zagreb. Furthermore, the ‘Spurs’ have won each of their four European home matches against Croatian visitors. Perhaps surprisingly, the Londoners have only managed to progress once in their four Europa League last-16 ties, bowing out in each of their last three attempts. But, Jose Mourinho’s men have been relentless on home turf this season, winning each of their five European home matches this season by an aggregate score of 20-2, qualifiers included. Tottenham will take the field on the back of a four-match winning streak in all competitions.

Meanwhile, the visitors overcame Russian giants Krasnodar 4-2 on aggregate (3-2 A, 1-0 H) in the Round of 32. The reigning Croatian champions have lost six of their seven European fixtures against English hosts (D1), drawing a blank in each of their last three trips to the country. Topically, they have suffered nine defeats in their last ten continental meetings with Premier League sides, winning the other one. After failing to win seven consecutive away games in major European competitions (D3, L4), Zoran Mamic’s men have now won three on the trot, scoring eight while conceding only two in return. Overall, home and away, Dinamo Zagreb have racked up a six-match winning run in the Europa League, their best winning streak in a major European competition. Ahead of the kick-off, the ‘Blues’ have won eight successive games in all competitions, keeping a clean sheet on seven of those occasions. 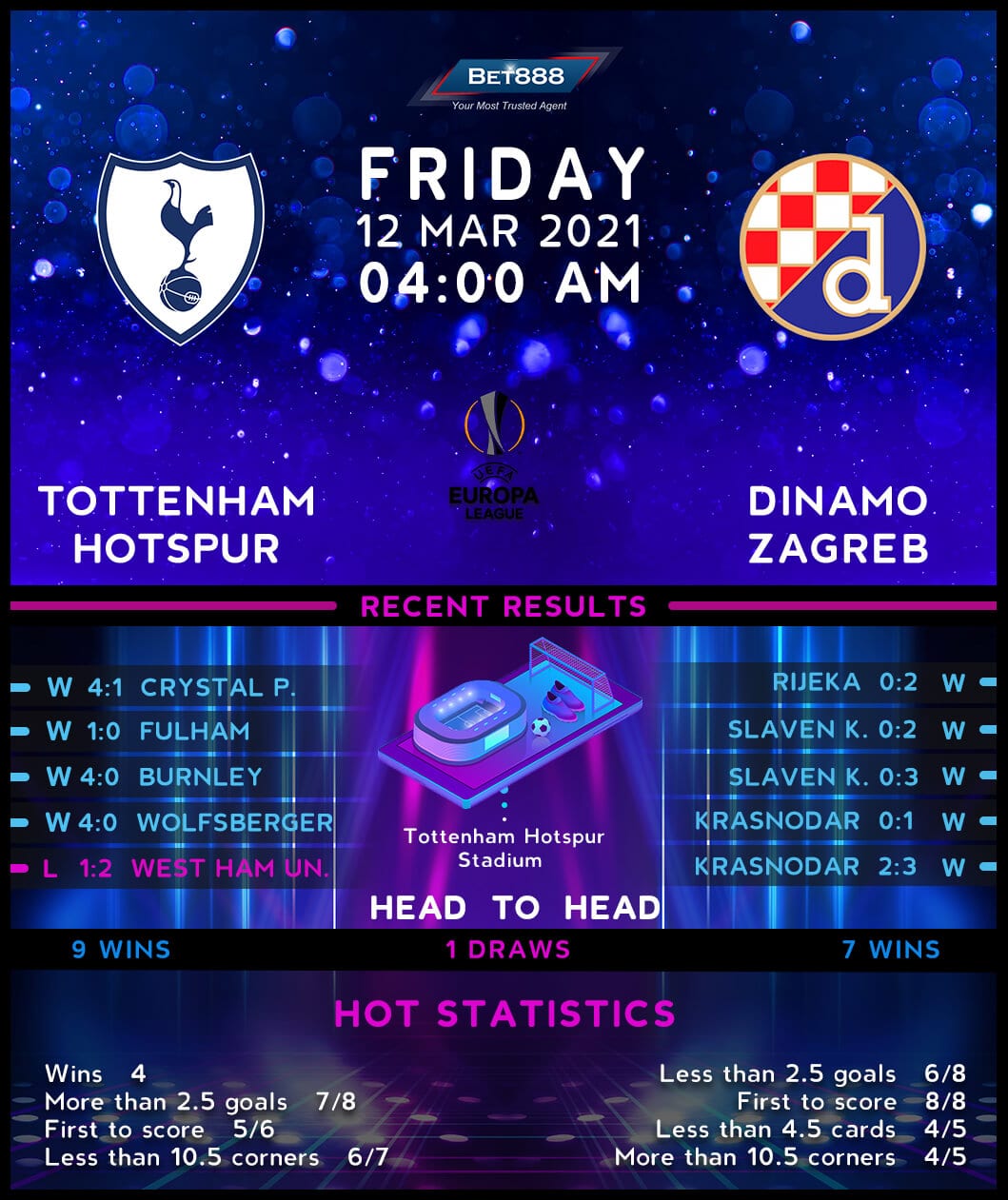