Tottenham have been dealing with a dip in form lately, failing to win any of their last four Premier League fixtures (D2, L2) and scoring under 1.5 goals on each occasion. Curiously, though, each of their three goals netted in this sequence came before the 35-minute mark. Indeed, Jose Mourinho’s men have been quite prolific before the half-time break this season, registering a clear majority (80%) of their total home Premier League goals scored in the first half of play (8/10). The ‘Spurs’ have won five of their last six home top-flight meetings with Fulham (L1), four of which via a two-goal margin. That said, six of Tottenham’s seven home victories in all competitions this season have yielded a full-time margin of at least two goals.

Meanwhile, Fulham head into this encounter on the back of four consecutive Premier League draws, all of which featured under 2.5 goals. Away from home, the ‘Cottagers’ have picked up just a single win in their opening seven league fixtures (D2, L4), scoring one goal or less on five of those occasions. Additionally, Scott Parker’s men have established a habit of falling behind without recovering, losing each of their eight Premier League matches in which they conceded the first goal. Notably, slow-starting Fulham have got on the scoresheet within 15 minutes of play only once in their first 15 league games of the season. But, the visitors must be confident of finding the net here, considering they’ve scored in each of their last five top-flight H2Hs. 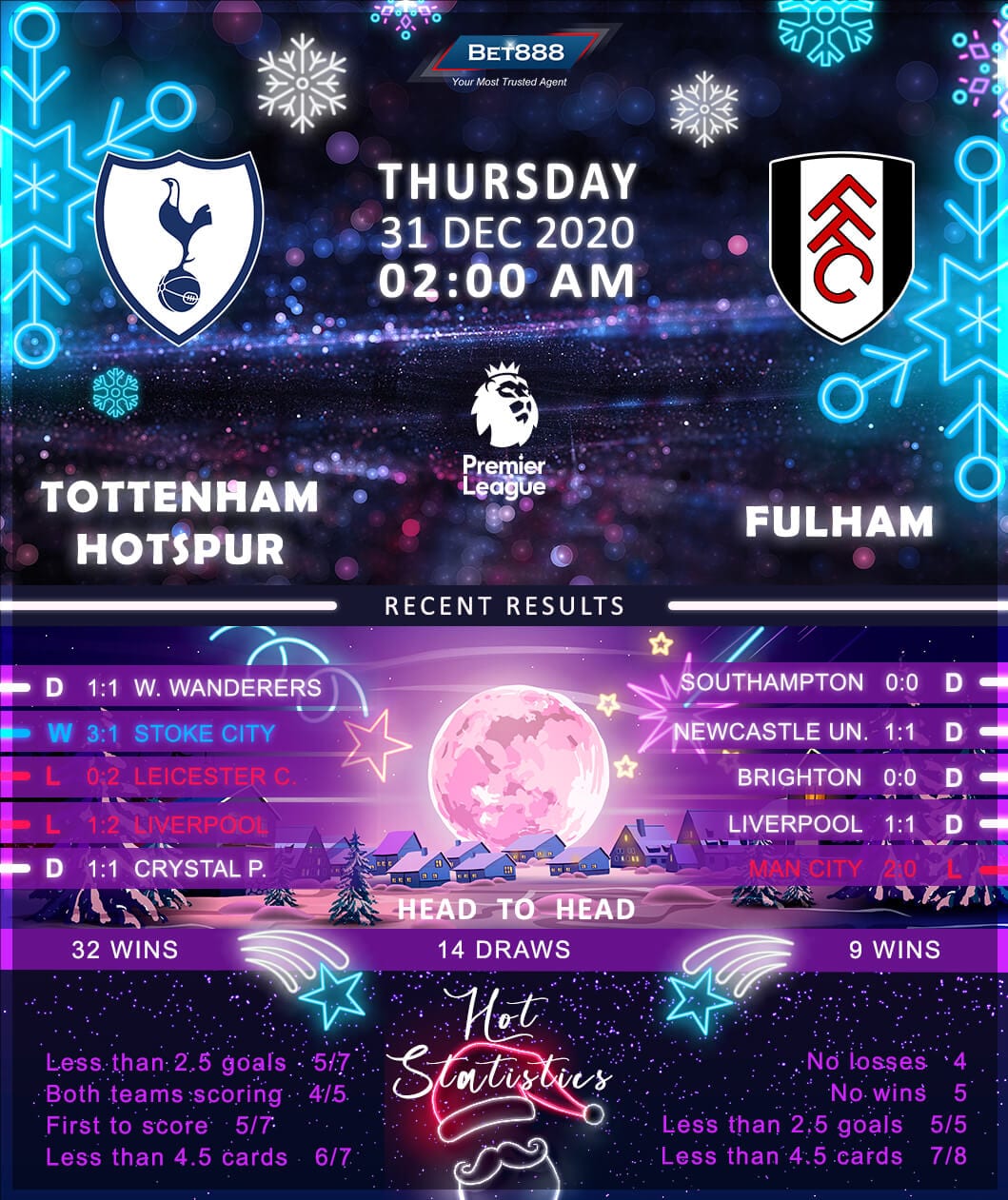