A 2-1 away loss to Liverpool last time out gave Tottenham a first Premier League defeat after 11 matches (W7, D4). However, the ‘Spurs’ have won three consecutive home league games, scoring the opening goal within 15 minutes in each. Indeed, they have been a nuisance in the first half this season, registering 80% (8) of their ten home league goals scored at home before the half-time whistle. At home, Tottenham have not tasted defeat in all competitions since losing 1-0 to Everton on Matchday 1 (W7, D3), with six of their seven wins in that period coming by at least a two-goal margin. Furthermore, Jose Mourinho’s men have won each of their last three top-flight H2Hs as hosts, netting an average of 3.66 goals across those victories.

Meanwhile, Leicester lost 2-0 to Everton last time out, as they head into this encounter as the only side yet to draw a Premier League match this season (W8, L5). It’s, though, worth noting that five of their eight league triumphs have come in six Premier League trips (L1). Additionally, the ‘Foxes’ have racked up the majority (62.5%) of their total league goals scored on the road (15/24), with 11 (73.33%) of them coming in the second half of play. In fact, Brendan Rodgers’ men have found the net inside the final 15 minutes in five of their six away Premier League games this term! But, they now meet a side they’ve won only once against in their last nine Premier League games held in London (D2, L6), scoring under 1.5 goals in four of their five previous such contests. 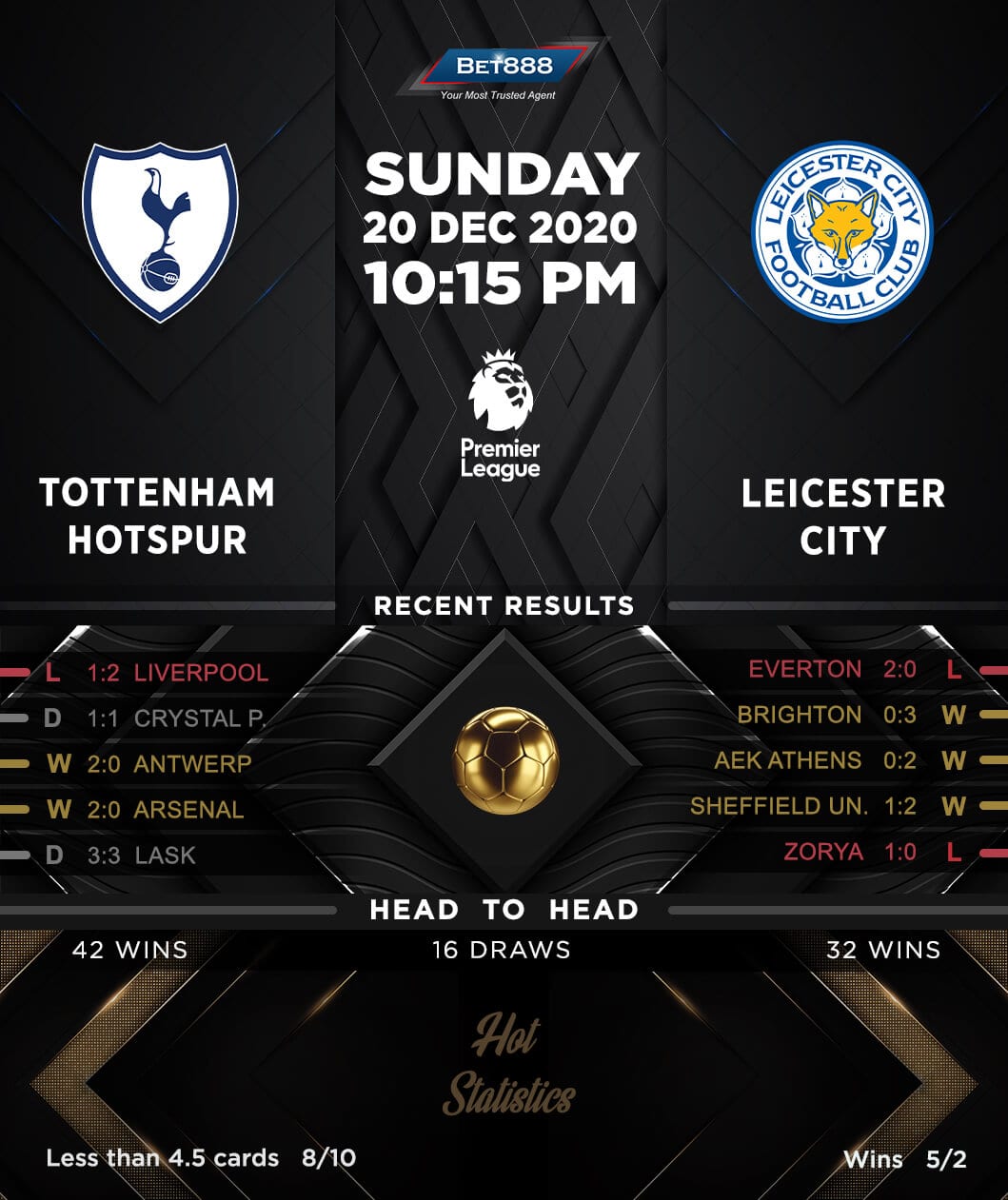