A 4-1 comeback triumph against Wycombe in the FA Cup weekend saw Tottenham extend their unbeaten run in all competitions to eight games (W6, D2). While both of their draws in that eight-match sequence came by the same 1-1 scoreline, Jose Mourinho’s men netted an intimidating average of 3.33 goals per game across the six successes. However, the ‘Spurs’ have failed to impress at home in the Premier League this season, winning just 44.44% of their matches (W4, D3, L2), with both defeats coming against the current top-six sides. Quick out of the blocks, Tottenham have opened the scoring in a league second-high 66.67% of top-flight fixtures this term. Though they have not lost any of their 12 Premier League matches when breaking the deadlock, Tottenham have won only seven such contests (D5).

Meanwhile, Liverpool go into this clash on the back of a 3-2 defeat at Manchester United in the FA Cup weekend, meaning they’ve picked up only one victory in their last seven competitive outings (D3, L3). Worryingly, the ‘Reds’ have failed to get on the scoresheet in four Premier League matches on the bounce ahead of the kick-off. Furthermore, Jurgen Klopp’s men have won only one of their last eight away league games (D5, L2), scoring under 1.5 goals per match five times in that run. Liverpool can find some comfort in the fact that they’ve defeated Tottenham in both of their previous top-flight meetings held at this venue. Another success here would see the Merseyside outfit win three Premier League away matches in a row against the ‘Spurs’ for the first time in their history. 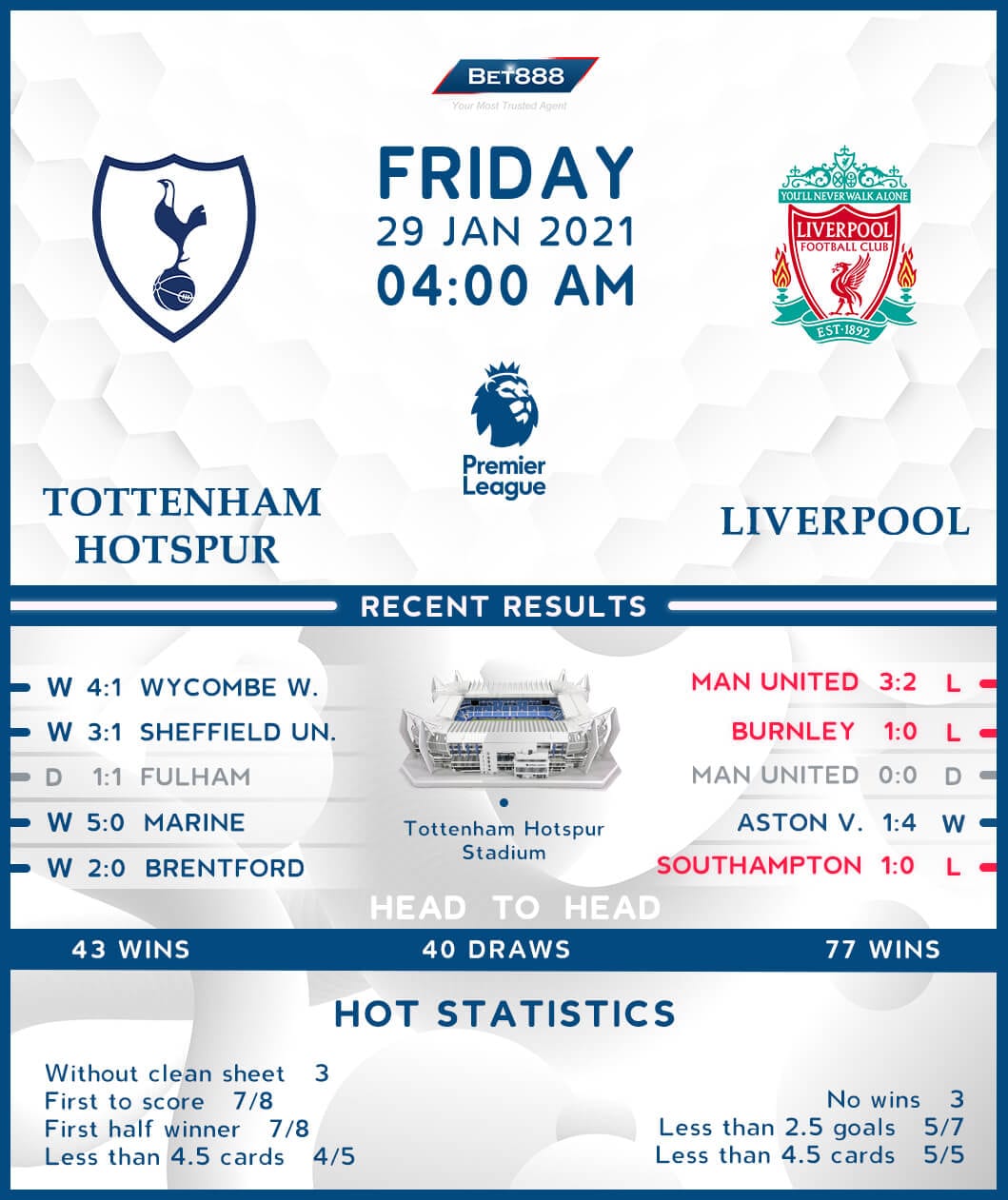