Tottenham secured a comfortable 3-1 victory over Ludogorets in the reverse fixture on Matchday 3 to bounce back from a dismal 1-0 away loss to Antwerp on Matchday 2. Indeed, the ‘Spurs’ have now won both of their only previous meetings with Bulgarian opponents via an aggregate 5-2 score. Also, the Premier League giants boast a win-rate of 60.61% in the Europa League group stage matches since the competition was rebranded in 2009, having won 20 of 33 such contests since then (D8, L5). Also, Tottenham Hotspur Stadium has often been a venue of entertainment at this juncture, with each of Tottenham’s last seven home games in the Europa League group stage containing over 2.5 total goals. Curiously, none of their last 16 European home matches has ended level (W11, L5).

On the other hand, the visitors head to London as the only side in Group J yet to pick up any points after the opening three fixtures. Despite a lack of results, Ludogorets have been a fun team to watch, as each game across that three-match sequence saw over 2.5 goals and both teams on the scoresheet. A lackadaisical defending is accountable to the fact the Bulgarians have already conceded nine goals in the Europa League this term, four of which came from set-pieces (the competition high). Particularly vulnerable in the earlier stages, they have shipped the opener within 15 minutes in both of their Europa League outings. Additionally, the ‘Eagles’ have lost four of their five historical European clashes against English clubs (D1), conceding an average of 3.2 goals across those meetings. 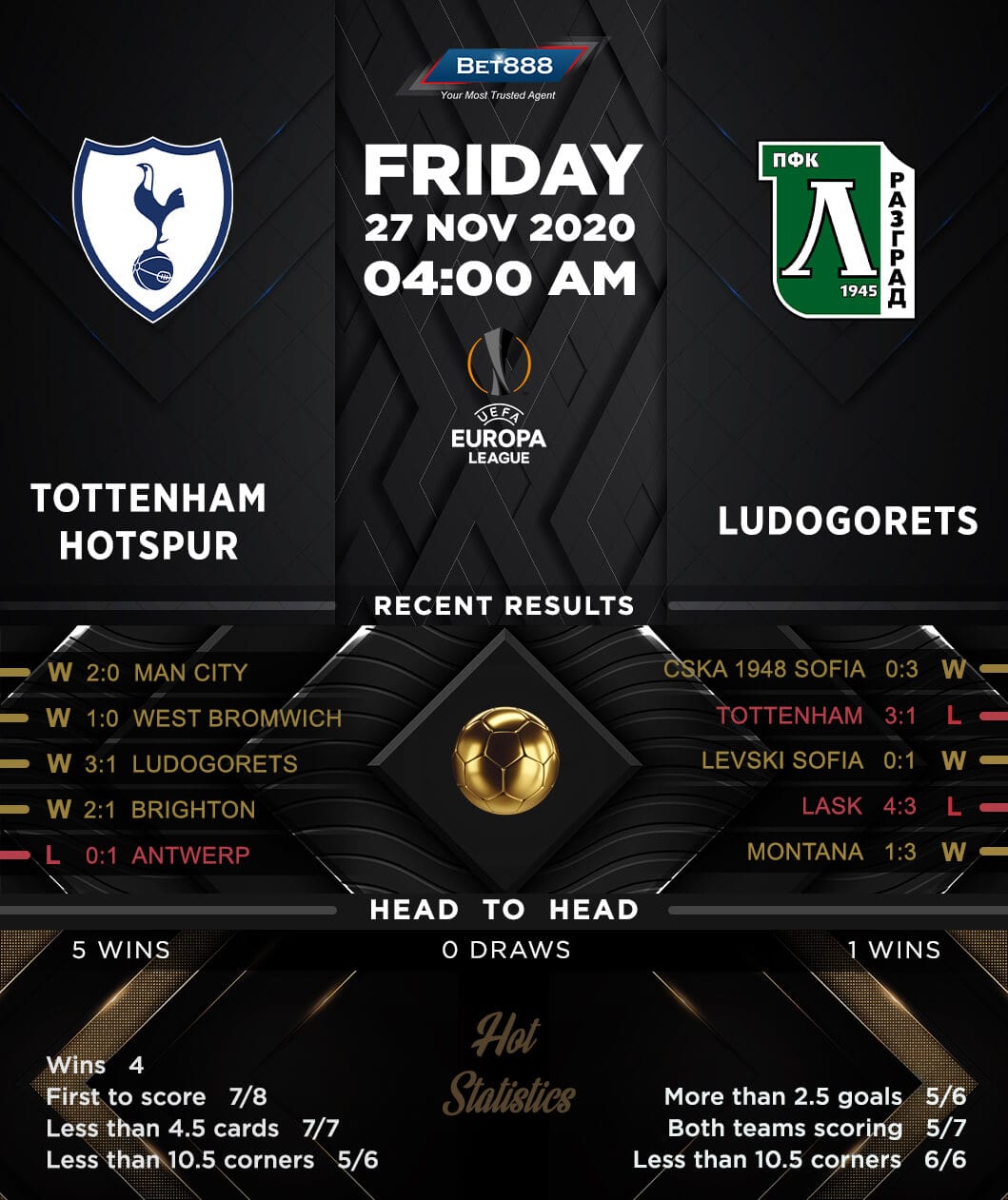