Despite enduring mixed fortunes in their last three Premier League outings (W1, D1, L1), Tottenham sit just three points adrift of fourth-placed West Ham United. At home, Jose Mourinho’s men have won their last three Premier League matches by an aggregate score of 10-1 after failing to prevail in their previous three in the competition (D1, L2). But when they win at home, it tends to be in a stunning fashion, as 85.71% of their home league triumphs this season have come by a winning margin of 2+ goals. However, the ‘Spurs’ could find themselves in a bit of trouble if they concede first here, considering they’ve ended up on the losing side in all four Premier League home games when doing so this season.

Meanwhile, Manchester United staged a stunning second-half comeback to beat Brighton 2-1 at home last time out, extending their undefeated streak in the Premier League to ten matches in the process (W5, D5). Coming into this matchday, the ‘Red Devils’ are the only side in the English top-flight yet to taste defeat away from home this season (W9, D6). Ole Gunnar Solskjaer’s men have won more away points (22) from losing positions than any other side in the league this term, completing seven comebacks in eight away Premier League fixtures in which they conceded first this season (D1). Furthermore, United have gone undefeated in 22 top-flight games on the road and are only one match short of equaling the Premier League second-best unbeaten road streak. 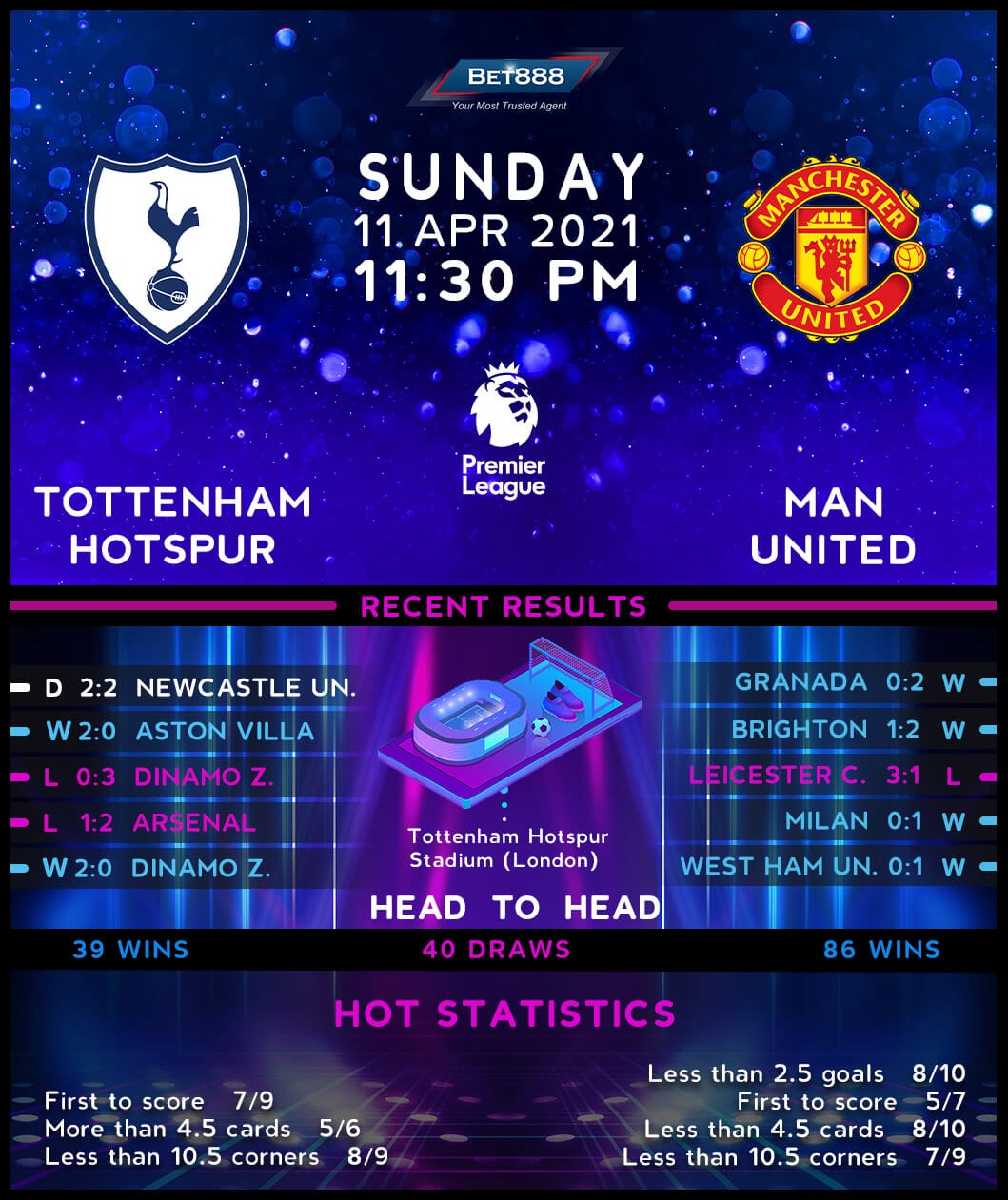