A 2-1 home victory over Southampton in their most recent Premier League fixture means each of Tottenham’s last four league games has seen over 2.5 goals and both teams on the scoresheet (W1, D2, L1). Despite blowing hot and cold lately, the ‘Spurs’ are confident of finding the net here, having scored in each of their last ten Premier League outings. Since drawing 1-1 with Fulham in mid-January, none of Tottenham’s seven subsequent home league matches have ended level (W4, L3), with 71.43% of those contests yielding a winning/losing margin of 2+ goals. However, the Londoners have never lost a home Premier League encounter with Sheffield (W2, D2), with each win in that four-game sequence producing the identical 2-0 scoreline. Topically, 62.5% of Tottenham’s home league wins this season were ‘to nil’ (5/8).

Meanwhile, Sheffield United secured a 1-0 home victory over Brighton last time out. Unfortunately, it was a little bit too late for the visitors, who have already lost mathematical chances to avoid relegation. The ‘Blades’ had lost five consecutive Premier League fixtures before the abovementioned triumph, scoring one goal while conceding 13 in return. Sloppy entries have seen Sheffield let in a league-high 32 first-half goals this season while scoring the division-low eight in this exact timeframe. Away from home, Paul Heckingbottom’s men have netted the fewest seven goals this season and could finish the 2020/21 campaign as the only side not to smash a ten-goal barrier on the road. Additionally, the visitors have lost 87.5% of their away Premier League matches this term (W1, D1, L14), with eight of those 14 defeats being accompanied by a half-time deficit. 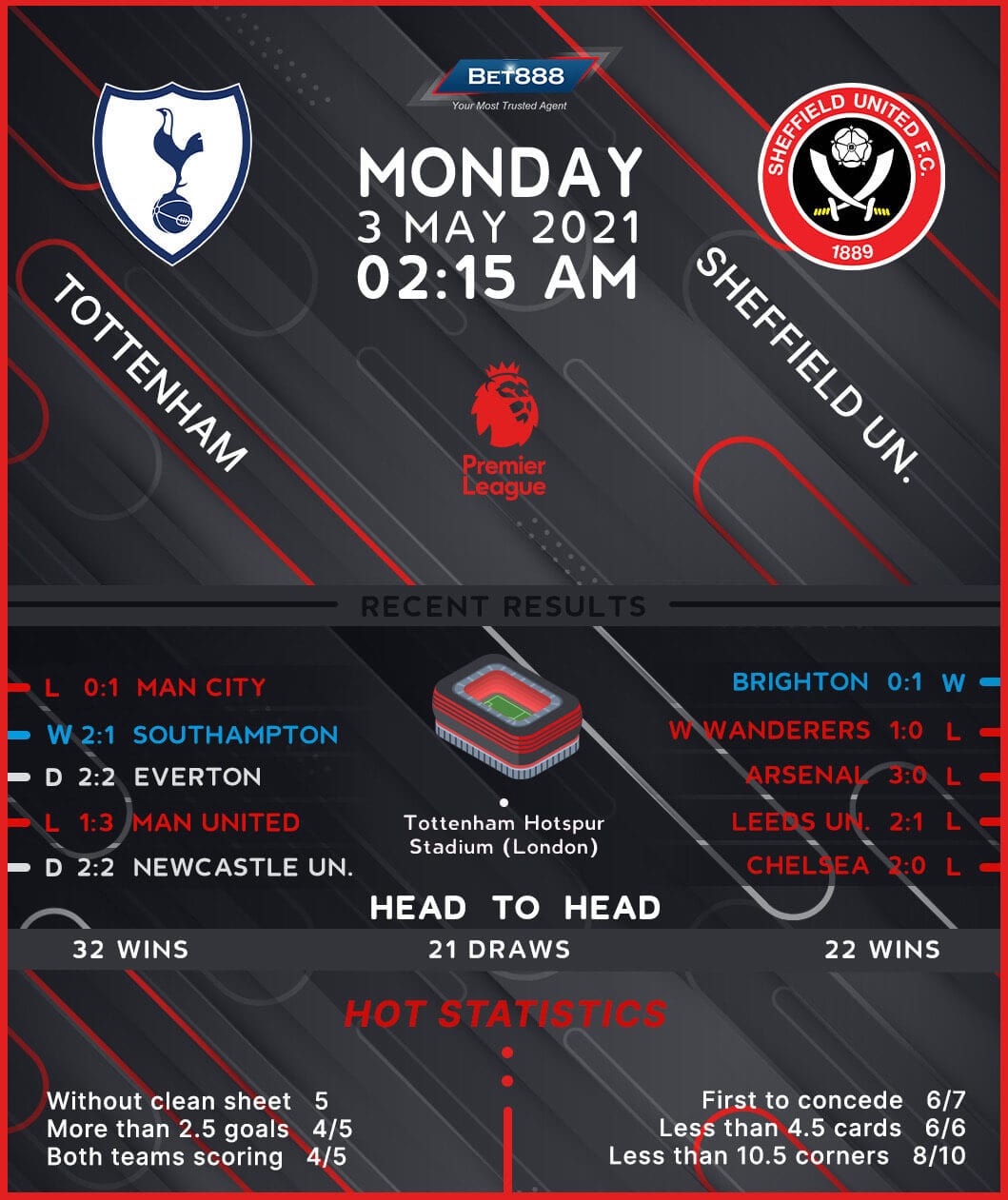