A disappointing 1-0 home loss to Chelsea last time out made it three consecutive Premier League defeats for Tottenham, a sequence that sees them lose ground on the current top-four. The ‘Spurs’ failed to score in back-to-back Premier League fixtures for the second time under Jose Mourinho, last doing so in January 2020 when they had drawn a blank in three top-flight games on the bounce. A match against WBA could help Tottenham dig themselves out of trouble, as they’ve only lost once in their last 14 competitive H2Hs as hosts (W7, D6). Furthermore, the Londoners have suffered just two defeats in their last 28 Premier League encounters with the newly-promoted sides (W20, D6), winning two of their three such contests this season (D1) and conceding only once in the process.

Meanwhile, WBA have gone winless in four Premier League matches in a row (D1, L3) since beating Wolverhampton 3-2 on the road on Matchday 19, as they head into this round trailing 17th-placed Burnley by a staggering ten points. If that’s not enough of a reason for concern, the ‘Baggies’ lament the division’s joint-lowest win percentage on the road this Premier League campaign (9.09%) after picking up just a single victory in their 11 top-flight trips (D3, L7). It gets worse, as Sam Allardyce’s men remain one of only two sides yet to keep a clean sheet away from home this season. In fact, just Leeds (14) have conceded more first-half away goals than WBA (12) this term, with the visitors shipping the opening goal in more Premier League trips (8) than any other team! 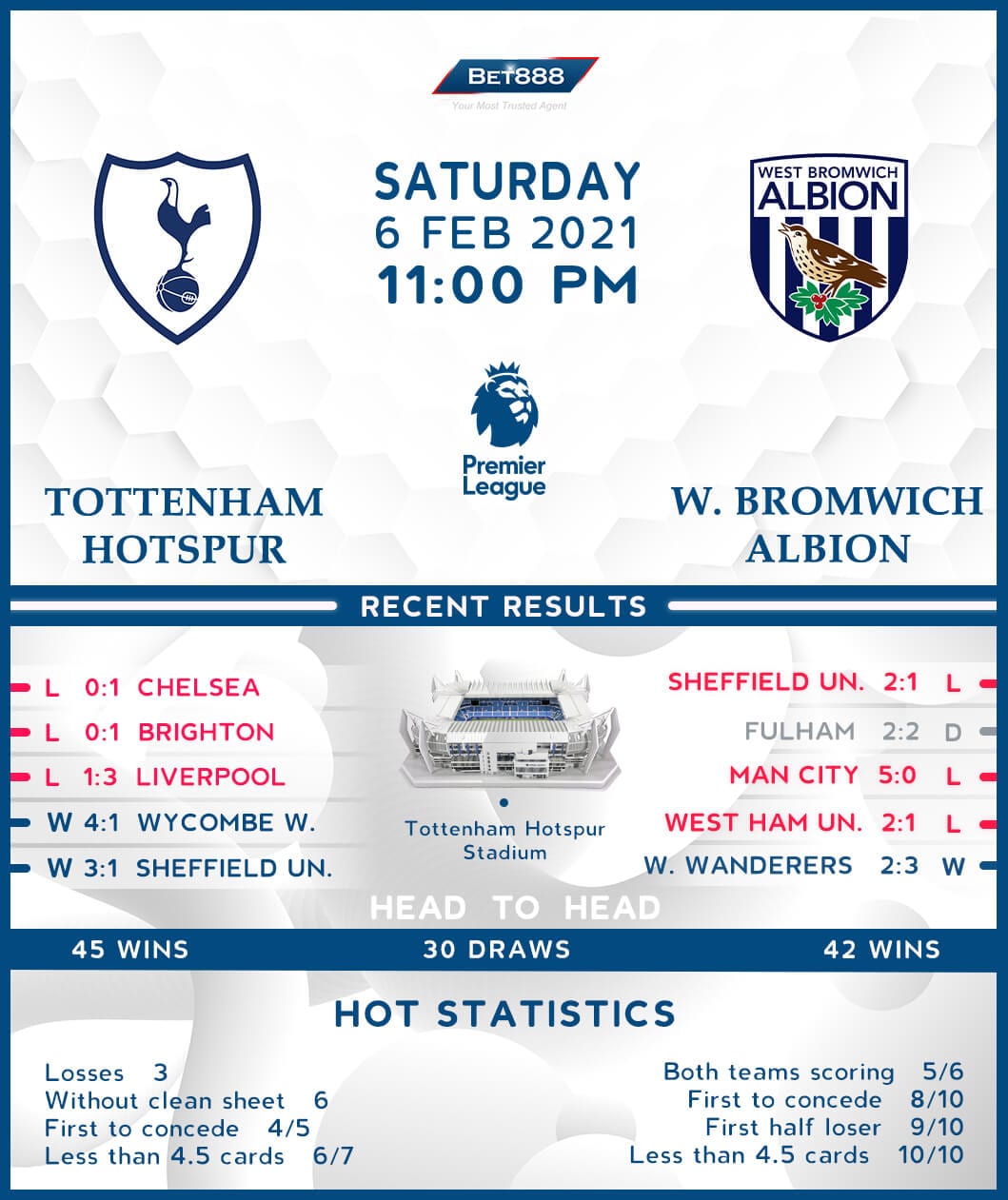