Tottenham Hotspur’s 4-1 win against Wolfsberger in the first leg of their UEFA Europa League last-32 tie means the return leg at the Tottenham Hotspur Stadium should be a mere formality.

Except for a narrow 1-0 away loss at Antwerp on Matchday 2, Tottenham have avoided defeat in each of their remaining six Europa League matches this season (W5, D1), returning a +14 goal difference from those fixtures (GF:19, GA:5). Additionally, Jose Mourinho’s men have won their last four home games in major European competitions by an aggregate scoreline of 16-2. The ‘Spurs’ have won each of their three home European meetings with Austrian clubs ‘to nil,’ including a 3-0 victory against LASK in this season’s group stage. However, Tottenham are not enjoying the best of times, as they take the field after losing five of their last eight outings in all competitions (W2, D1), including a 2-1 defeat to West Ham United back at the weekend.

Meanwhile, Wolfsberger have only drawn one of their seven Europa League matches this season (W3, L3), with each game won/lost in that sequence seeing the victor get on the scoresheet first and four yielding a clean sheet. Topically, just one of their eight away European fixtures has ended level (W4, L3), with six results (win/loss) witnessing the winner on the day register a shutout – qualifying included. Wolfsberger will have to produce something special to become the first team ever to overcome a three-goal deficit from the first leg at home in the Europa League knock-out stages. A return of three wins from their last five competitive away games is handy coming into this encounter, though it’s worth noting they’ve only kept a clean sheet once in their previous six road trips. 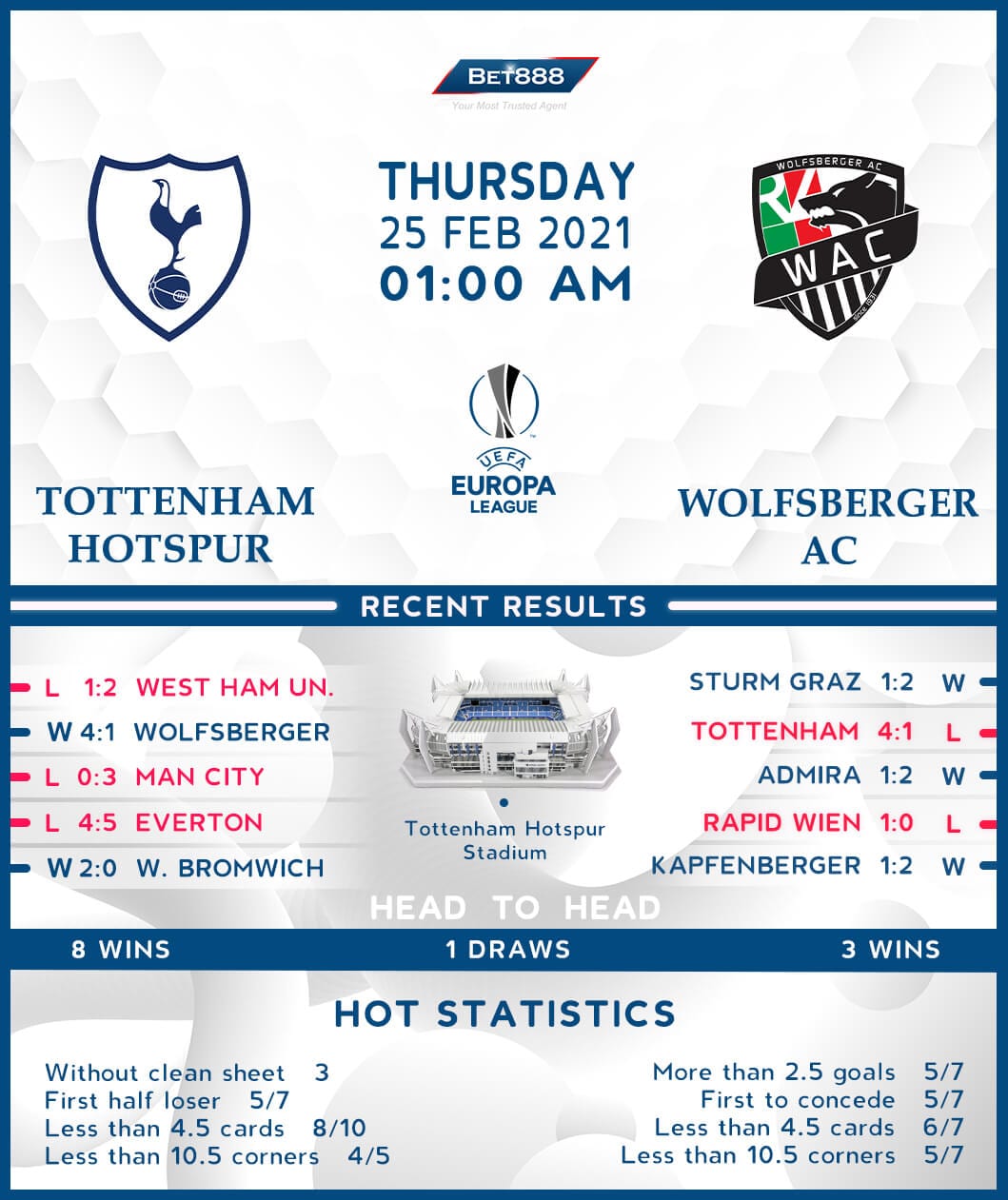