Though a 3-1 thumping to Leeds United last time out hampered Ryan Mason’s perfect Premier League start to his interim charge at Tottenham (W2), the Londoners are still well in contention for the Europa League finish. At home, the ‘Spurs’ have racked up five victories in their last six Premier League matches (L1), scoring an average of 3.2 goals per win in this sequence. However, they have ended up losing both of their previous top-flight H2Hs as hosts, scoring first and conceding precisely three goals on each occasion. Notably, though, Tottenham haven’t lost any of their last 19 home Premier League games against the sides starting the day in the lower half of the standings (W15, D4) since succumbing to a narrow 1-0 reverse to Newcastle United in August 2019.

In the meantime, Wolverhampton pulled off a second-half comeback to beat Brighton 2-1 in their most recent Premier League fixture, which means only Manchester United have picked up more points from losing positions than Wolves (51) since they returned to top-flight in 2018/19. But an indifferent away form has seen the ‘Wanderers’ win just once in their last five away Premier League matches (D3, L1), four of which featured under 2.5 total goals. Nuno Espirito Santo’s men have encountered massive scoring problems away from home this season, having netted 2+ goals in only 23.53% of their Premier League trips thus far (4/17). Furthermore, only dead-last Sheffield United (3) have bagged fewer Premier League goals on the road than Wolves (7) this term. 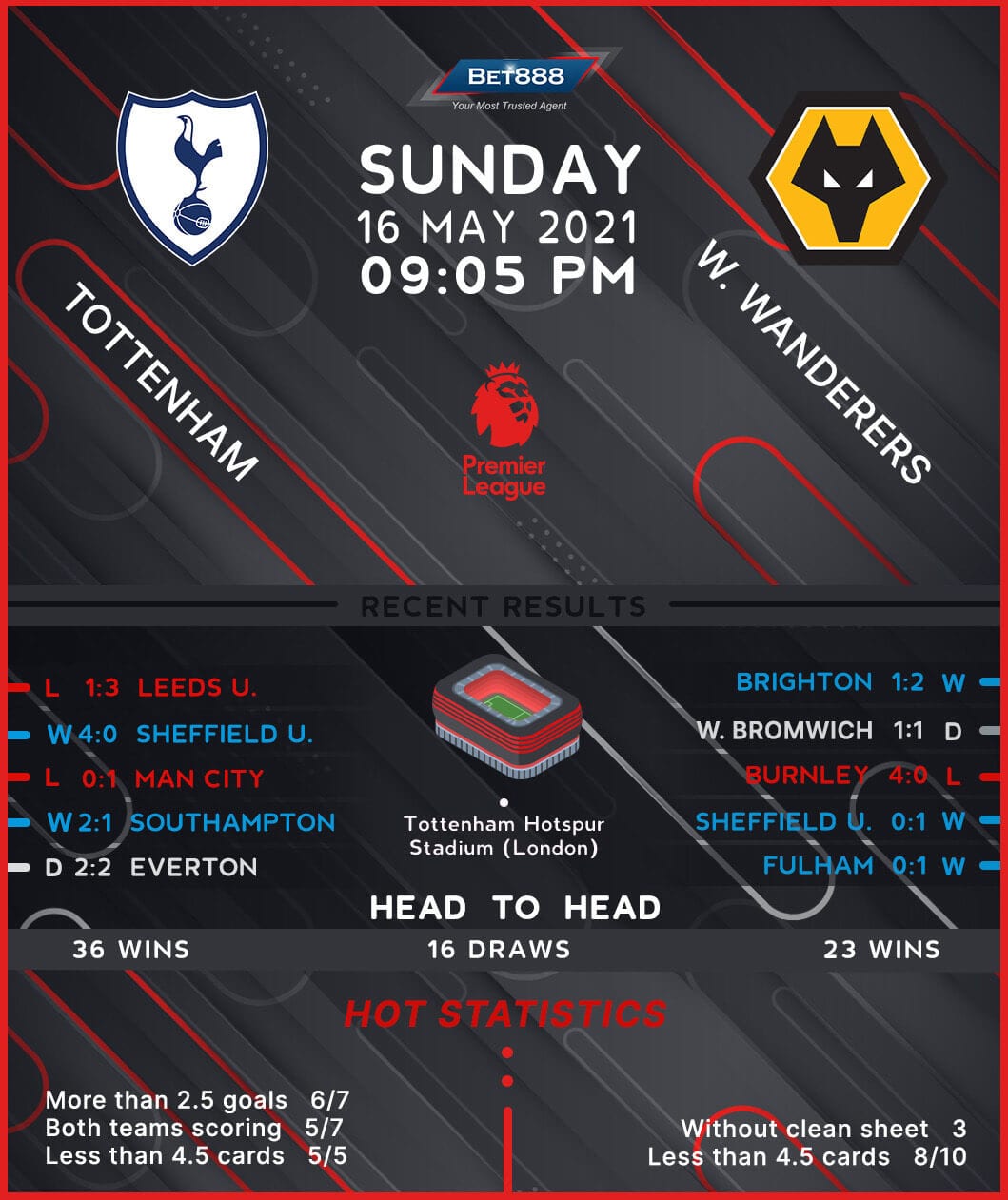