The hosts have gone winless in three consecutive Premier League matches (D2, L1) since a 2-0 victory at Aston Villa in mid-March, a sequence that saw the club sack manager Jose Mourinho. Sitting five points adrift of fourth-placed West Ham, with six league games left to play, Tottenham’s hopes of qualifying for the Champions League are up in the air. A 3-1 defeat to Manchester United in their most recent home league fixture ended the Londoners’ run of three successive triumphs, with each result (win/loss) in this spread of games yielding a margin of at least two goals. Despite their recent woes, the ‘Spurs’ are confident of returning to winning ways here as they’ve won their last four top-flight H2Hs as hosts, with each success seeing them fail to keep a clean sheet.

In the meantime, Southampton bowed out of the FA Cup semi-finals to Leicester over the weekend (1-0), which means they’ve now lost back-to-back competitive games without scoring. Since drawing 1-1 with Chelsea in mid-February, none of Southampton’s subsequent seven Premier League matches have ended level (W2, L5), with four of those games won/lost seeing the victor net 3+ goals. Topically, none of the visitors’ eight away league fixtures since the turn of the year have produced a draw (W1, L7), with two-thirds of those encounters seeing the winner on the day register a shutout. Against this backdrop, Ralph Hasenhuettl’s men have drawn their last three Premier League trips to London sides, with each of those stalemates featuring under 2.5 total goals. To their confidence, the ‘Saints’ have found the net in ten consecutive top-flight meetings with Tottenham, albeit they’ve netted 2+ goals on just four occasions in that period. 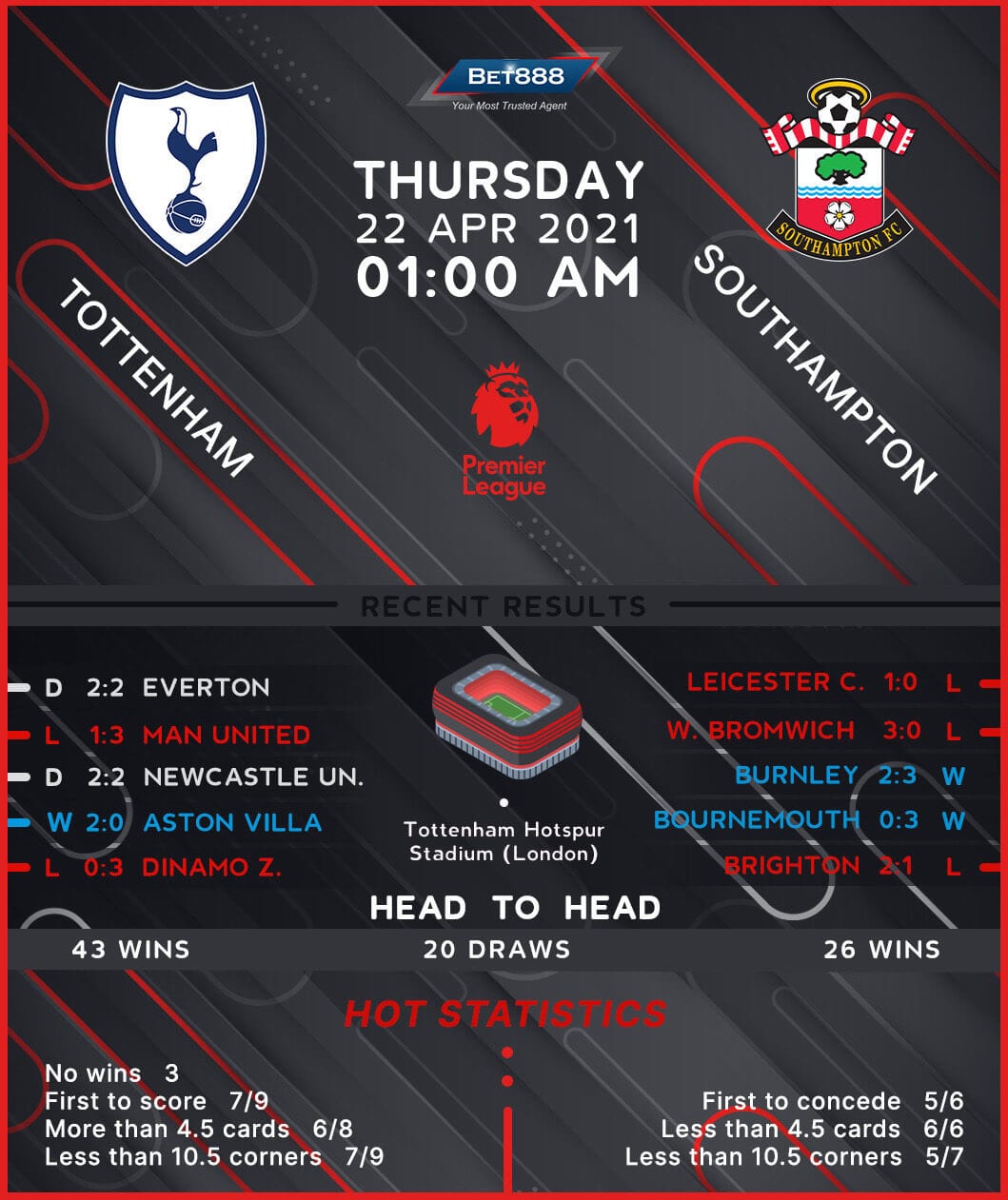