PreZero Arena is the venue as TSG Hoffenheim and Eintracht Frankfurt lock horns in a potentially high-scoring Bundesliga affair. Four of their last five top-flight meetings have seen over 2.5 goals and both teams on the scoresheet.

Only one of Hoffenheim’s six Bundesliga matches since the calendar flipped to 2021 has ended in a draw (W2, L3), with four of the five games won/lost in that period producing a full-time margin of 3+ goals. Against this backdrop, the recent top-flight meetings between Hoffenheim and Frankfurt have been pretty balanced, as each of their last nine has seen the teams separated at full-time by under 1.5 goals (W1, D3, L5). Ahead of the kick-off, ‘Die Kraichgauer’ have kept a clean sheet in back-to-back Bundesliga home matches, which is twice as many as they had in 19 home outings beforehand. What’s more, cagey beginnings have seen Sebastian Hoeneß’s men concede only one goal within 15 minutes of play across their nine Bundesliga home games this season.

Meanwhile, Frankfurt have been going from strength to strength since losing 2-1 away at Wolfsburg in early December, going unbeaten in eight Bundesliga games on the trot since then (W6, D2). Additionally, Adi Hutter’s team have been fun to watch recently, as each of their last four Bundesliga matches has featured over 3.5 goals and both teams scoring. Indeed, free-scoring Eintracht have netted 2+ goals in each of their previous four top-flight trips, breaking the deadlock on every occasion. Furthermore, only two sides have scored more Bundesliga goals on the road than ‘Die Adler’ (21) this season. Coming into this encounter, Frankfurt are one of just two teams to smash a 10-goal barrier in terms of the first-half goals scored away from home this Bundesliga campaign. 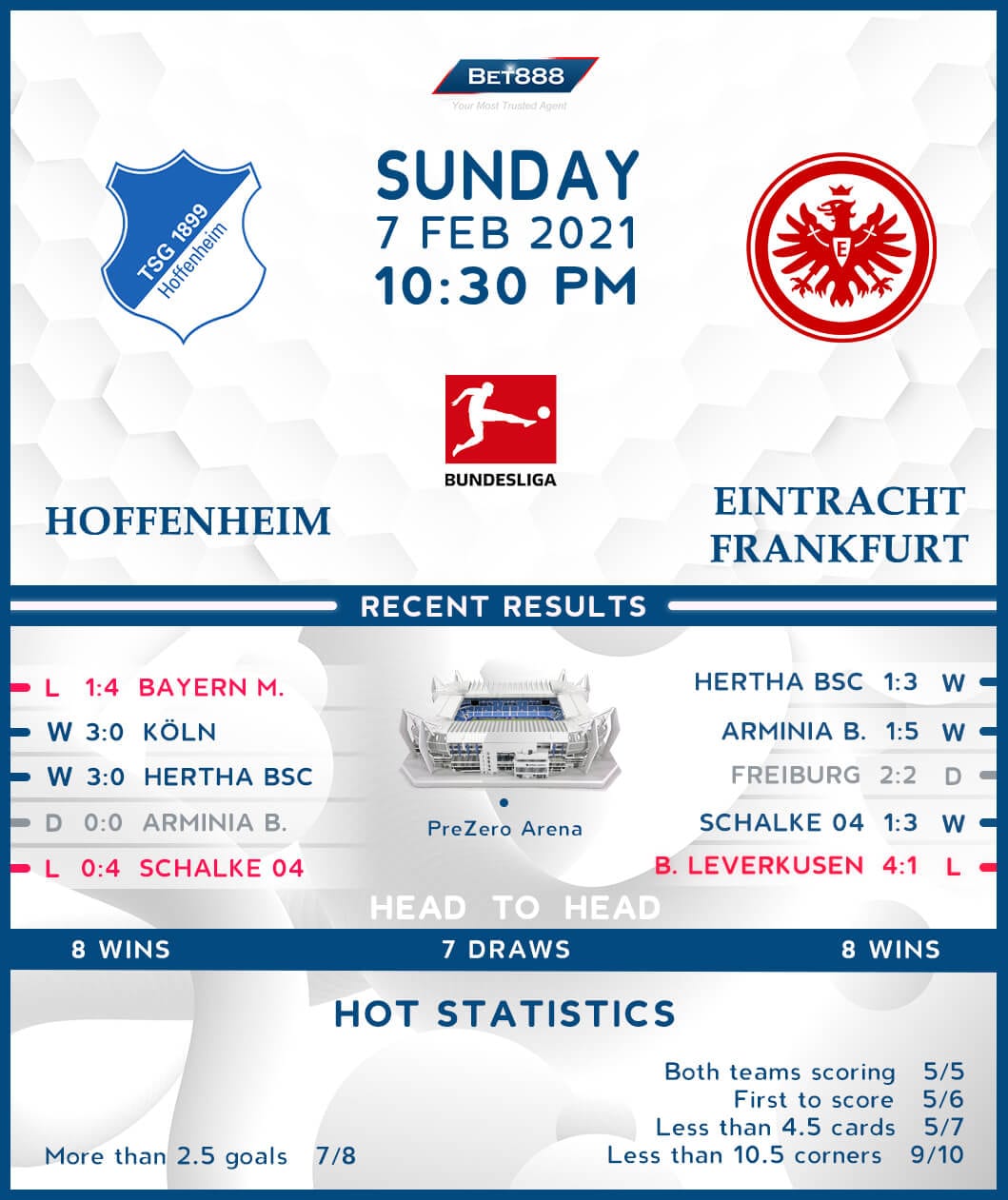