Freiburg’s bid to secure their first-ever Champions League appearance faces a daunting task as they travel to PreZero Arena to take on mid-table TSG Hoffenheim.

An action-packed 2-2 draw at Eintracht Frankfurt made it six Bundesliga matches without winning for Hoffenheim (D3, L3), who are experiencing their longest winless Bundesliga streak since a run of seven in 2020. Anything other than a victory would end Hoffenheim’s bid to secure European qualification for next season. But ‘Die Kraichgauer’ have lost their last three competitive home meetings with Freiburg by an aggregate score of 10-2, suggesting this could be another painful weekend for the Sinsheim faithful. Moreover, the hosts are winless in their last three Bundesliga home outings (D2, L1) for the first time this season. On the bright side, Sebastian Hoeneß’s men have racked up a league-high 22 points from losing positions this season, highlighting their fighting spirit.

On the other hand, Freiburg played out an epic 3-3 draw with Borussia Monchengladbach last time out, ending a run of consecutive league victories. However, the visitors are still in contention for a historic Champions League finish, as they come into this matchday trailing fourth-placed RB Leipzig by two points. Christian Streich’s men must be filled with confidence after going unbeaten in their last four Bundesliga away matches (W2, D2), conceding under 1.5 goals on each occasion. Indeed, they’ve proved hard to beat this season, with only reigning champions Bayern Munich (4) suffering fewer Bundesliga defeats than Freiburg (7). Yet, conceding first would likely lead to the eighth reverse, as ‘Breisgau-Brasilianer’ have lost all three away league matches in which they shipped the opening goal this term. 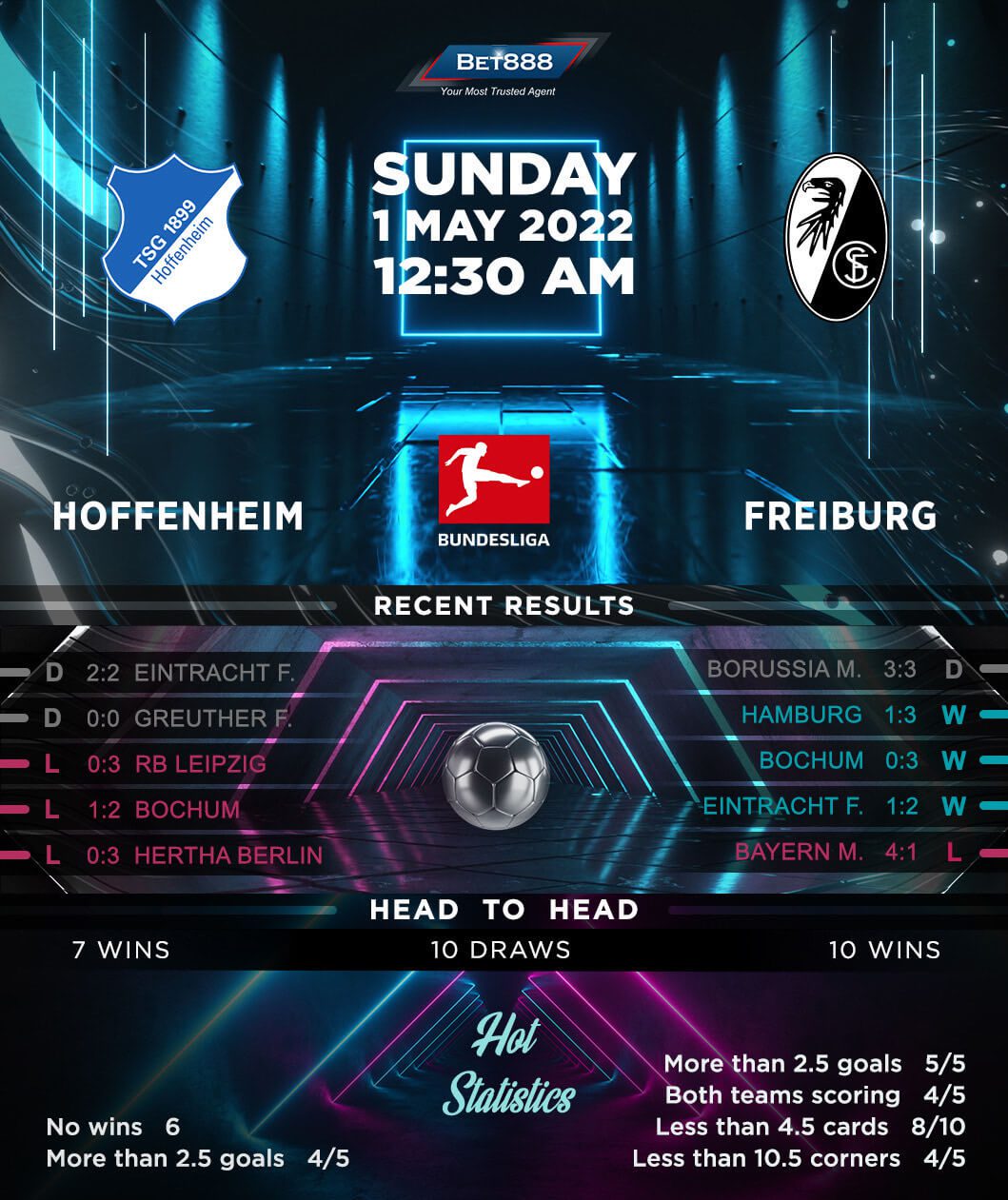