RB Leipzig will be looking to extend their unbeaten Bundesliga run against TSG Hoffenheim to five games (W3, D1) when the two teams meet at PreZero Arena.

Hoffenheim succumbed to a disastrous 4-1 away loss to Bayer Leverkusen at the weekend, which now means they have failed to win eight of their last nine Bundesliga matches (D3, L5). Interestingly, though, eight fixtures during that nine-game sequence saw both teams find the net, with six producing over 2.5 goals. In turn, PreZero Arena has been a venue of entertainment this season, as four of Hoffenheim’s five Bundesliga contests held here have seen over 3.5 goals and both teams on the scoresheet. Another high-scoring affair is well on the cards, given that three of their four top-flight H2Hs held at this stadium have produced 3+ total goals (W1, D1, L2). However, none of Hoffenheim’s five home Bundesliga games this season has featured a goal inside the first 15 minutes of play.

On the other hand, Leipzig have gone unbeaten in five Bundesliga matches since losing 1-0 to Borussia Monchengladbach at the end of October (W3, D2), scoring over 1.5 match goals four times during this run. Away from home, however, ‘Die Roten Bullen’ have picked up just a single win in their five Bundesliga fixtures (D3, L1), conceding the opener in two of their last three league games on the road. Yet, Julian Nagelsmann’s men have shipped a league-low nine goals so far, six of which have come away from home, though. Also, Leipzig remain the only side in the Bundesliga yet to let in a goal inside the final 15 minutes of play, both home and away. At the other end of the pitch, they have failed to score only once in five away Bundesliga fixtures this term. 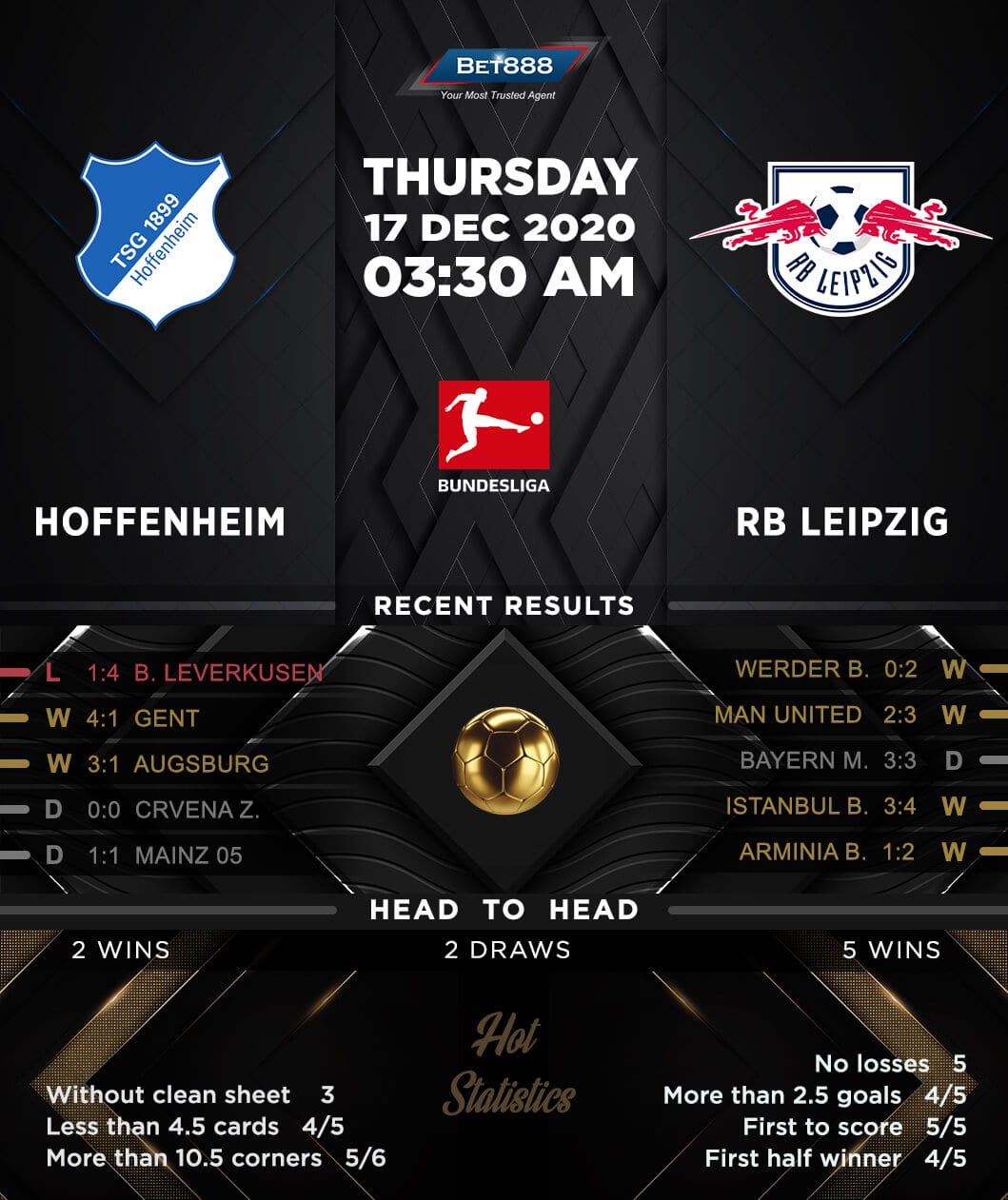