The postponed Euro 2020 gets underway this week as Turkey and Italy go head-to-head at the Stadio Olimpico in the Group A opener.

Ahead of the tournament, Turkey haven’t lost any of their last six international matches (W4, D2), scoring an average of 2.33 goals per game in that sequence. This is Turkey’s fifth appearance at the Euro finals, with the ‘Crescent-Stars’ lost their opening game in the tournament in each of their last four attempts. Bringing both World Cup and European Championships into the equation, Senol Gunes’ men have kept a clean sheet just once in their previous ten fixtures at major tournaments. Having that said, the Turks let in only three goals in ten matches in the Euro 2020 qualifying campaign, the joint-low alongside Belgium. Encouragingly for the Turkey supporters, Gunes was at the helm of the national team when they finished third at the 2002 World Cup, which remains the nation’s best result at a major international tournament.

Since succumbing to a 1-0 away loss to Portugal in the Nations League back in September 2018, Italy have racked up an outstanding 27-match unbeaten streak in international games, friendlies included (W22, D5). Coming into the tournament, ‘Gli Azzurri’ have kept eight consecutive clean sheets, winning each such contest by a margin of 2+ goals. Going back to 1996, the Italians have secured their place at the Euro finals in all seven editions, including this one, qualifying for the knock-outs in their last three attempts. Delivering action from the get-go, the 1958 European Championship winners haven’t lost their opening Euro group stage match in seven of their previous eight such encounters (W3, D4). Additionally, Italy avoided defeat in each of their seven meetings, friendlies included (W4, D3), coming out victorious in their only previous match at the Euros. 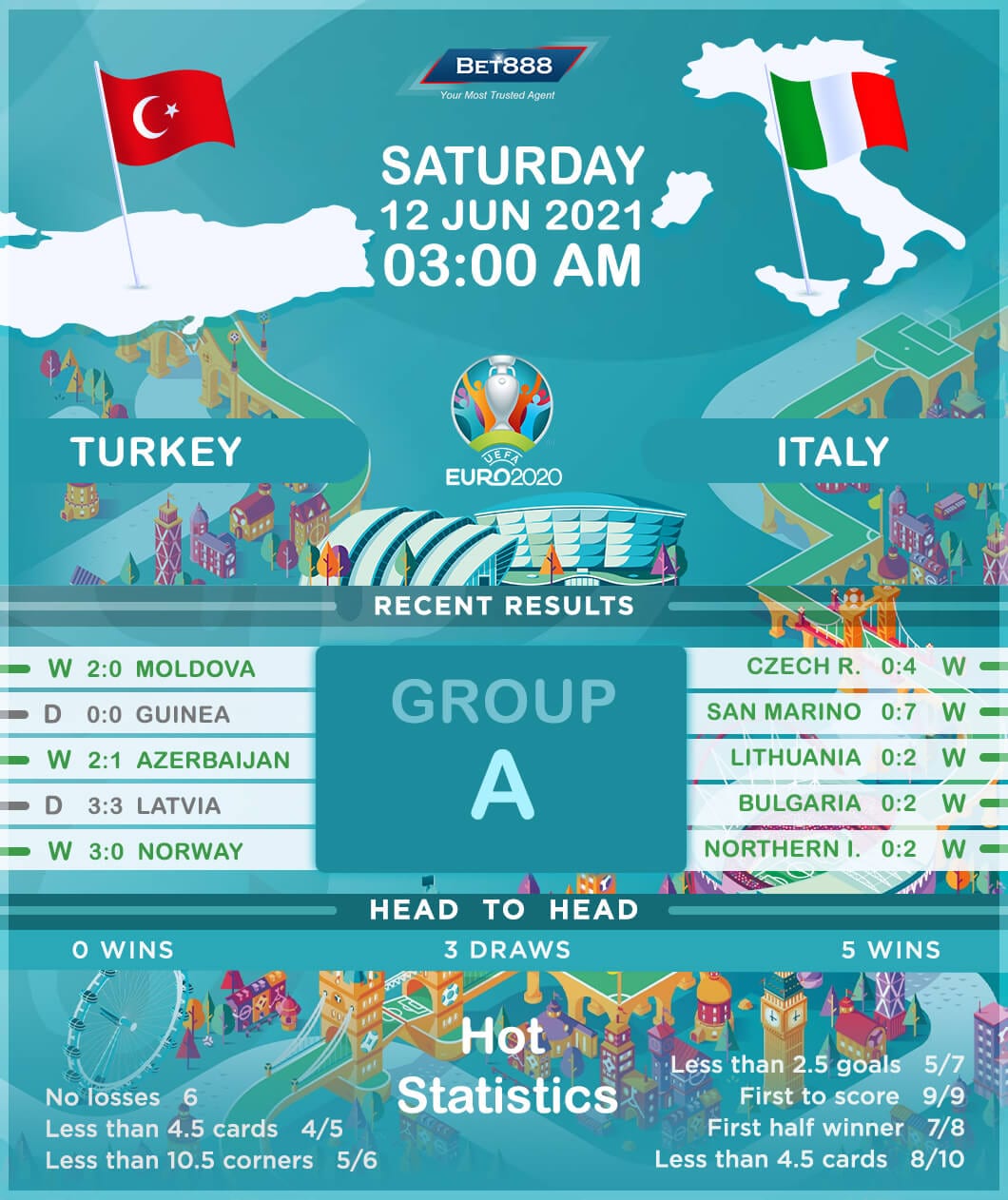