After missing out on the 2022 World Cup in Qatar, reaching the second tier of the Nations League could ease the pain in Turkey’s camp. With five points separating them from Group C1 runners-up Luxembourg, avoiding defeat here would lock down Turkey’s promotion to League B. Yet having won their opening four Nations League matches via an aggregate score of 14-0, including a 2-0 downing of Luxembourg in the reverse fixture in June, the ‘Crescent Stars’ will be out to register five consecutive international triumphs for the first time since 2019. Despite being demoted from League B in the previous Nations League installment, the Turks have found the competition’s third tier much more to their liking as they head into proceedings unbeaten in nine games on the spin (W4, D5).

On the other hand, Luxembourg kickstarted their Group C1 campaign with back-to-back wins ‘to nil’ but have since gone winless in successive Nations League outings (D1, L1), conceding precisely twice on each occasion. With the result in Istanbul not bearing any significance on Luxembourg’s League C status, the visitors will be looking to improve their embarrassing all-time H2H record against Turkey (W1, L7) and potentially post their first H2H win since 1972. However, the absences of several essential first-team stars, including Kiki Martins and Oli Thill, threaten to derail the spirits in ‘Les Lions Rogues’ camp following an underwhelming streak of five wins from 21 internationals (D3, L13). On a more positive note, they’ve only lost two of their eight away matches in the Nations League (W5, D1). 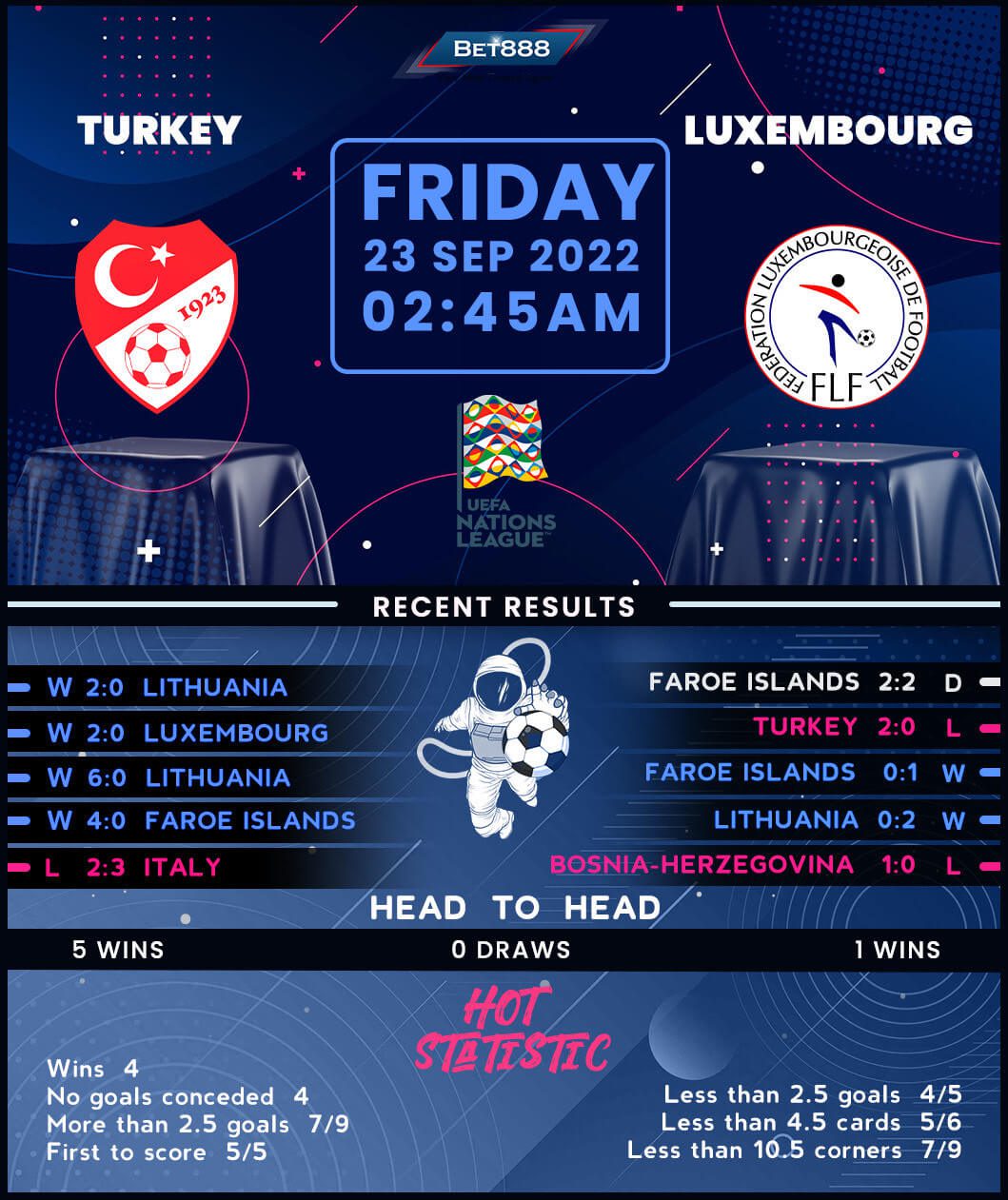