The World Cup Qualification Group G gets underway at the Türk Telekom Stadyumu as Turkey take on the Netherlands in their first encounter since 2015.

Turkey have turned into a force to be reckoned with since Senol Gunes took charge of the team in February 2019, avoiding defeat in 17 of 20 matches under him (W10, D7, L3). However, the ‘Crescent-Stars’ have stumbled in the recent period, having picked up only one triumph in their last eight games (D5, L2), four of which have seen both sides score at least twice. Furthermore, the hosts have endured mixed fortunes in their previous three home fixtures in all competitions (W1, D1, L1) after falling behind on each occasion. Still, Turkey have showcased character in recent home matches they entered as underdogs, having avoided defeat in all four previous such contests (W2, D2), coming from behind to seal both stalemates.

Meanwhile, Frank de Boer has been a catalyst to resurrect the fallen giants, with the Netherlands going unbeaten in all five games under the new coach (W2, D3) despite conceding first on three of those occasions. Though the visitors will aim to keep their undefeated run going, it is worth noting that they have failed to beat Turkey in both of their previous qualifying match-ups (D1, L1). On the flip side, however, the ‘Oranje’ have not lost 16 of their last 19 meetings with UEFA nations ranked within ten places of Turkey (W13, D3, L3), with 12 of those victories coming by at least a two-goal margin. Adding to their confidence, the Netherlands are unbeaten in their last ten away matches as betting favorites (W7, D3). 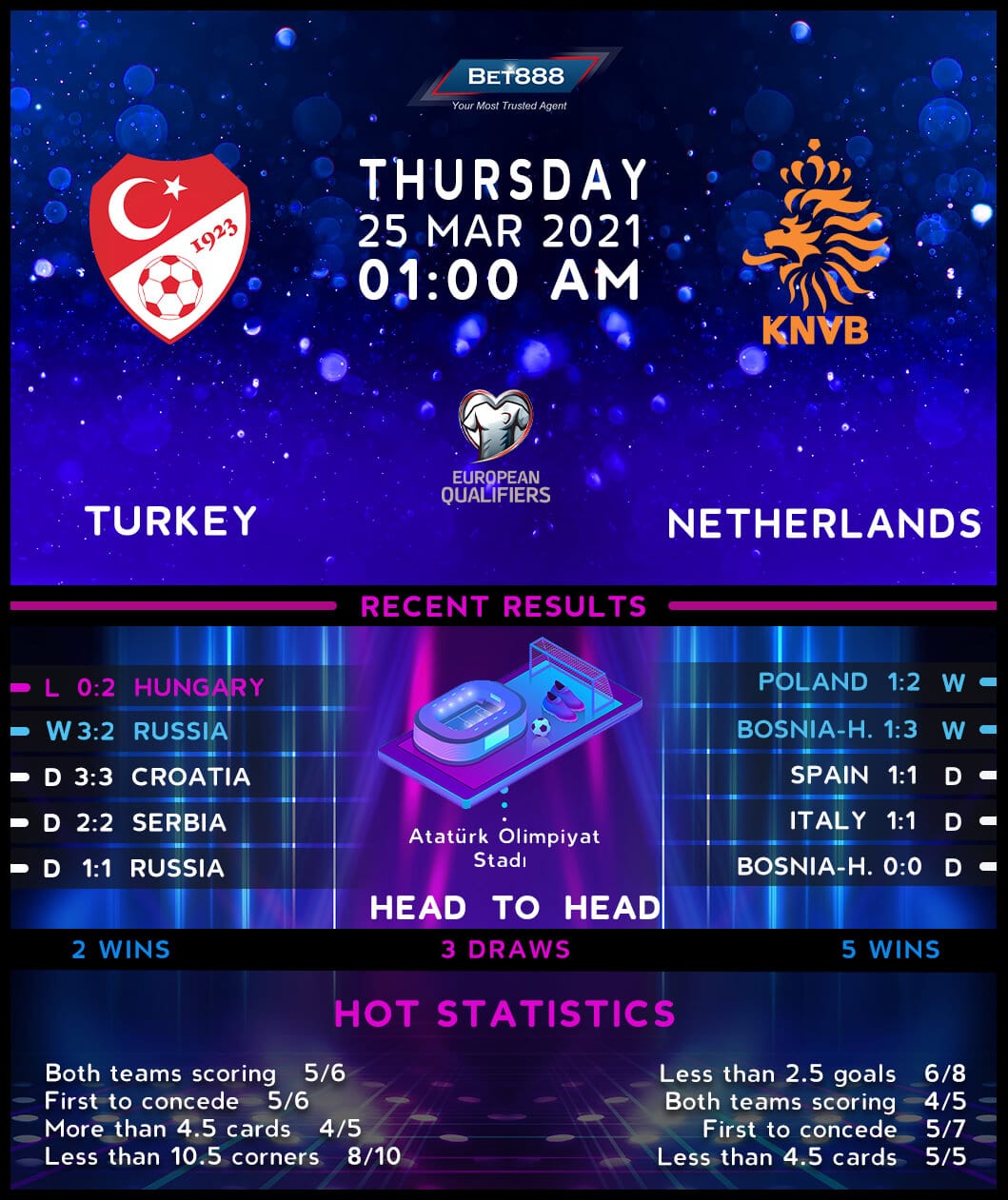