Turkey and Wales are set to lock horns at the Baku Olympic Stadium in the second round of fixtures within the Euro 2020 Group A.

Turkey’s Euro 2020 journey started with a whimper rather than a bang as they succumbed to a humiliating 3-0 defeat to Italy in their Group A curtain-raiser. That reverse ended Turkey’s run of six international matches without losing (W4, D2), a sequence that saw them score 2+ goals five times. Though the ‘Crescent-Stars’ have now lost all seven inaugural games at major tournaments (World Cups and Euros), they’ve made it out of the group stage the last three times they stayed unbeaten on Matchday 2. Worryingly, though, Senol Gunes’ men didn’t produce a single attempt on target against Italy, which has been the second time in their last three fixtures at the Euro finals that they failed to trouble the opposition goalkeeper. On the bright side, though, Turkey are unbeaten in their previous two competitive meetings with Wales (W1, D1).

On the other hand, Wales came from behind to seal a 1-1 draw against Switzerland on Matchday 1, finding the net from one of just two attempts on target. That doesn’t change the fact the ‘Dragons’ have scored in each of their four matches in the European Championship group stage. In fact, they have netted in six of their seven games at the tournament overall, barring a 2-0 defeat to Portugal in the Euro 2016 semi-finals. Despite progressing from the group stage in both of their only previous appearances at major tournaments, Wales failed to win on Matchday 2 on each occasion (D1, L1). Interestingly, six of the seven goals they have conceded at the European Championships have come in the second half of play. It is worth noting that Wales last outscored Turkey in an official meeting 40 years ago. 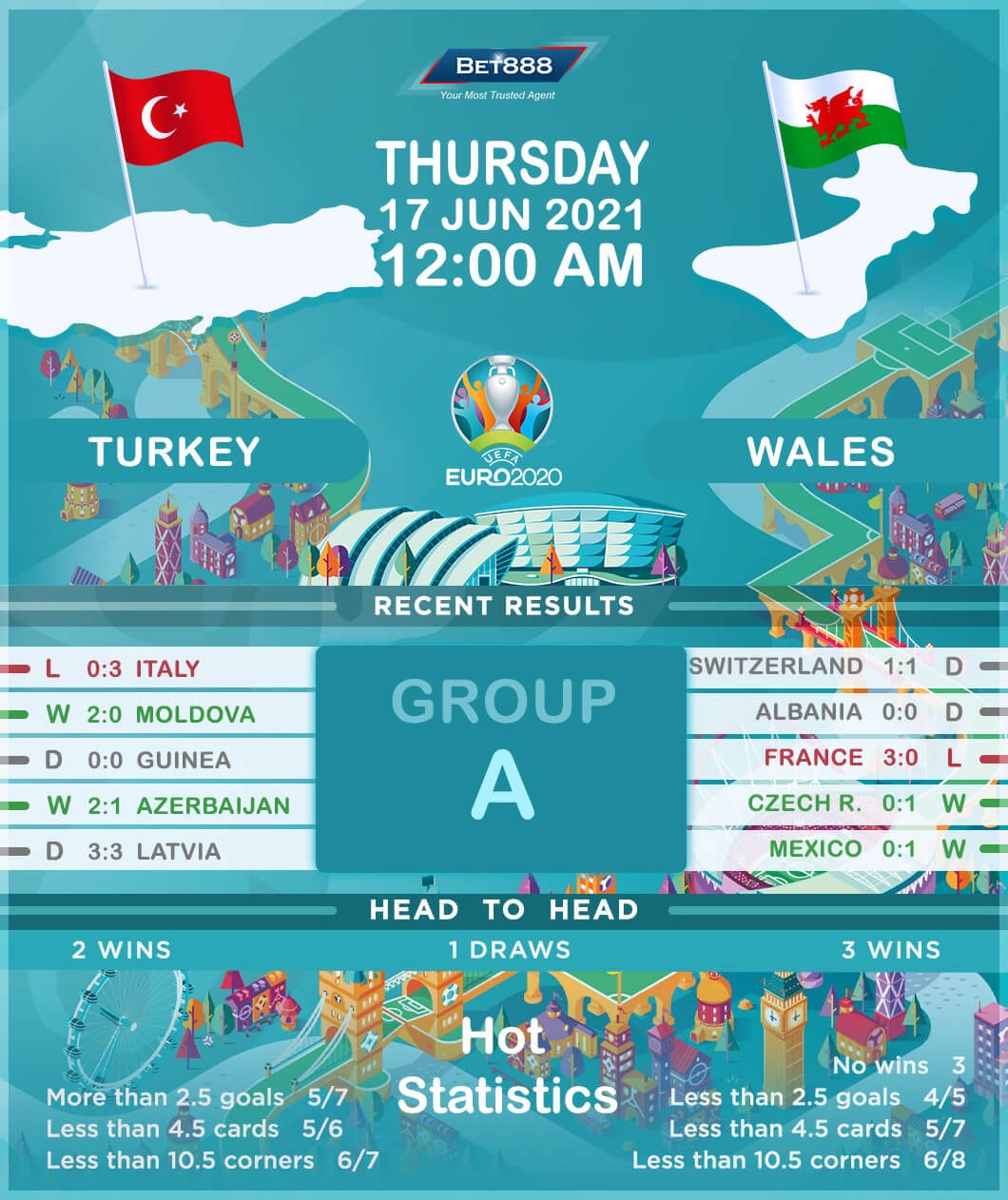