UAE and Malaysia go head-to-head at the Zabeel Stadium in a pivotal World Cup Qualifying encounter, with the home nation in desperate need of all three points to preserve their hopes of securing qualification alive.

Despite a promising start to their World Cup Qualifying campaign, UAE have failed to keep the momentum, going from back-to-back victories to two defeats in a row, with three of the games won/lost in this sequence yielding a narrow one-goal margin. UAE’s defensive woes have been brutally exposed lately, as they’ve conceded 2+ goals in four of their last six home outings, including friendlies. On the bright side, though, the ‘Whites’ boast a 100% win ratio against Malaysia in the 21st century, having won all seven meetings against them by an aggregate score of 26-4. High scoring has been a common theme in UAE’s recent matches as four of their last five fixtures have featured over 3.5 total goals, with three of them containing 2+ first-half strikes.

Meanwhile, a 2-0 away defeat to Bahrein in their most recent outing ended Malaysia’s run of three consecutive triumphs, meaning four of their last five matches have produced under 2.5 total goals, including friendlies. In the World Cup Qualifying alone, the Malayan Tigers’ have performed in patches, alternative between successive wins and losses in their last four qualifying fixtures (W2, L2). Interestingly, though, three of Malaysia’s five qualifying games have seen the winner on the day come from behind to claim all three points. Since being held to a 2-2 stalemate to Thailand in December 2018, Tan Cheng Hoe’s men haven’t drawn any of their subsequent six away matches (W3, L3), with four of those results (win/loss) yielding a full-time margin of a single goal. 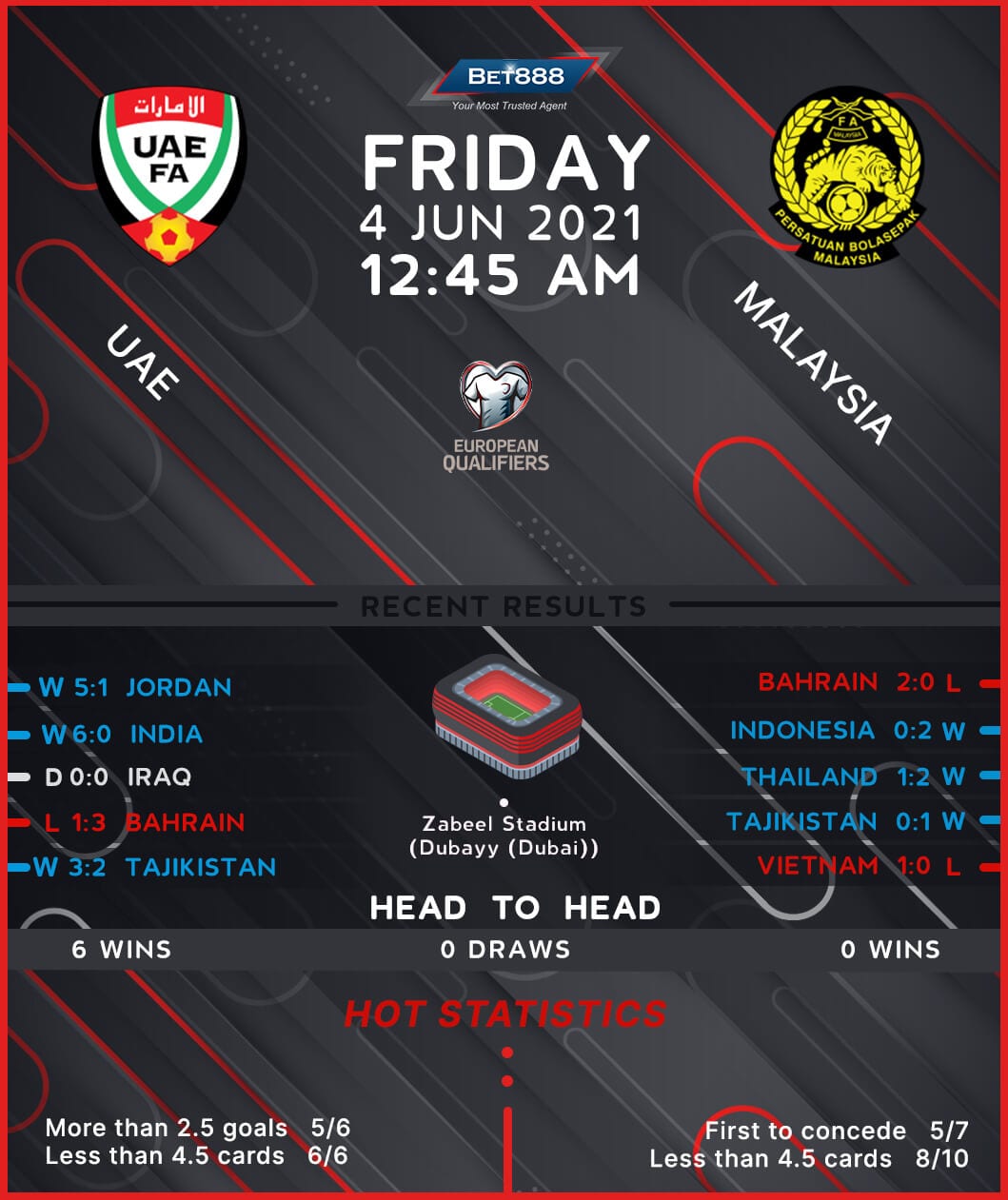