The United Arab Emirates and Thailand will trade tackles at the Zabeel Stadium in the AFC World Cup Qualifying Group G.

A 4-0 thrashing of Malaysia in their most recent World Cup Qualifying outing ended UAE’s run of back-to-back defeats, taking them to within two points of Group G leaders Vietnam. None of the United Arab Emirates’ World Cup Qualifying fixtures have ended as a draw (W3, L2), with three of those results (win/loss) seeing the winner on the day keep a clean sheet. ‘Al Abyad’ have been relentless at home during the ongoing World Cup Qualifying campaign, winning both such contests by 4+ goals ‘to nil,’ with seven of their nine goals scored across those victories coming in the second half of play. However, it will be a daunting prospect for Bert van Marwijk’s side to keep their impressive home form going, considering they meet a team they’ve failed to win against in their last three H2Hs (D2, L1).

On the other hand, the visitors’ inspiring start to their World Cup Qualifying campaign that had seen them win back-to-back qualifiers following a goalless home draw with Vietnam on Matchday 1 now looks like a remote memory. Indeed, Thailand head into proceedings having failed to win any of their last three World Cup Qualifying matches (D2, L1), conceding two goals per game twice in the process. There’s been plenty of early action in Thailand’s recent World Cup qualifiers as three of their last four such contests have seen both teams score before half-time. Interestingly, the ‘War Elephants’ have lost twice in their last four away matches (W1, D1), friendlies included, as many defeats as they had in their previous 11 road trips (W5, D4). 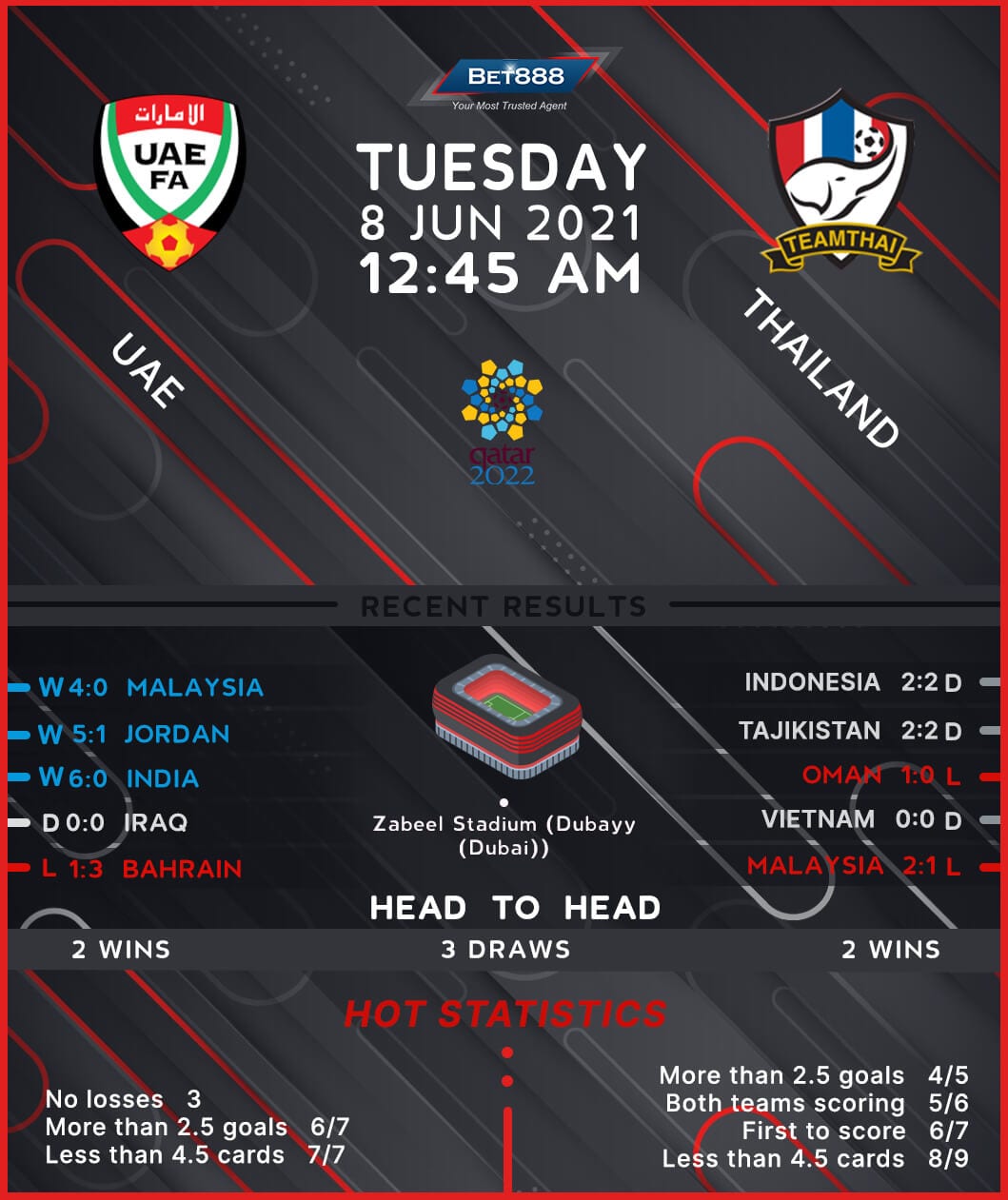