The UAE and Vietnam are set to square off at the Zabeel Stadium in an exciting 2022 World Cup qualifying match that could decide the winner in Group G.

The United Arab Emirates have gone from strength to strength since suffering back-to-back defeats on Matchday 3 and Matchday 4, racking up three consecutive wins in the 2020 World Cup qualifying campaign by an aggregate score of 12-1. Particularly deadly after the half-time break, they have netted precisely three second-half goals twice in their last three World Cup qualifiers. At home, ‘Al Abyad’ have gone from two consecutive matches without winning (D1, L1) to three victories in a row, friendlies included. Before succumbing to a narrow 1-0 loss in their most recent encounter with Vietand, the UAE had won each of their previous four H2H clashes 13-1 on aggregate. Additionally, they have won each of their last two home matches against this opposition by the identical 5-0 scoreline.

On the other hand, the visitors remain the only team yet to taste defeat in Group G ahead of this round (W5, D2), conceding just two goals in their first seven World Cup qualifying matches – less than any other team in the section. After being held to a goalless away draw to Thailand in their first road trip in Group G, they have won their subsequent two away World Cup qualifiers, netting over 1.5 goals on each occasion. Adding to Vietnam’s confidence, they have not lost any of their last ten matches on foreign soil (W6, D4) if considered only 90 minutes of play. Defensively robust, they kept a clean sheet six times in that ten-game sequence. 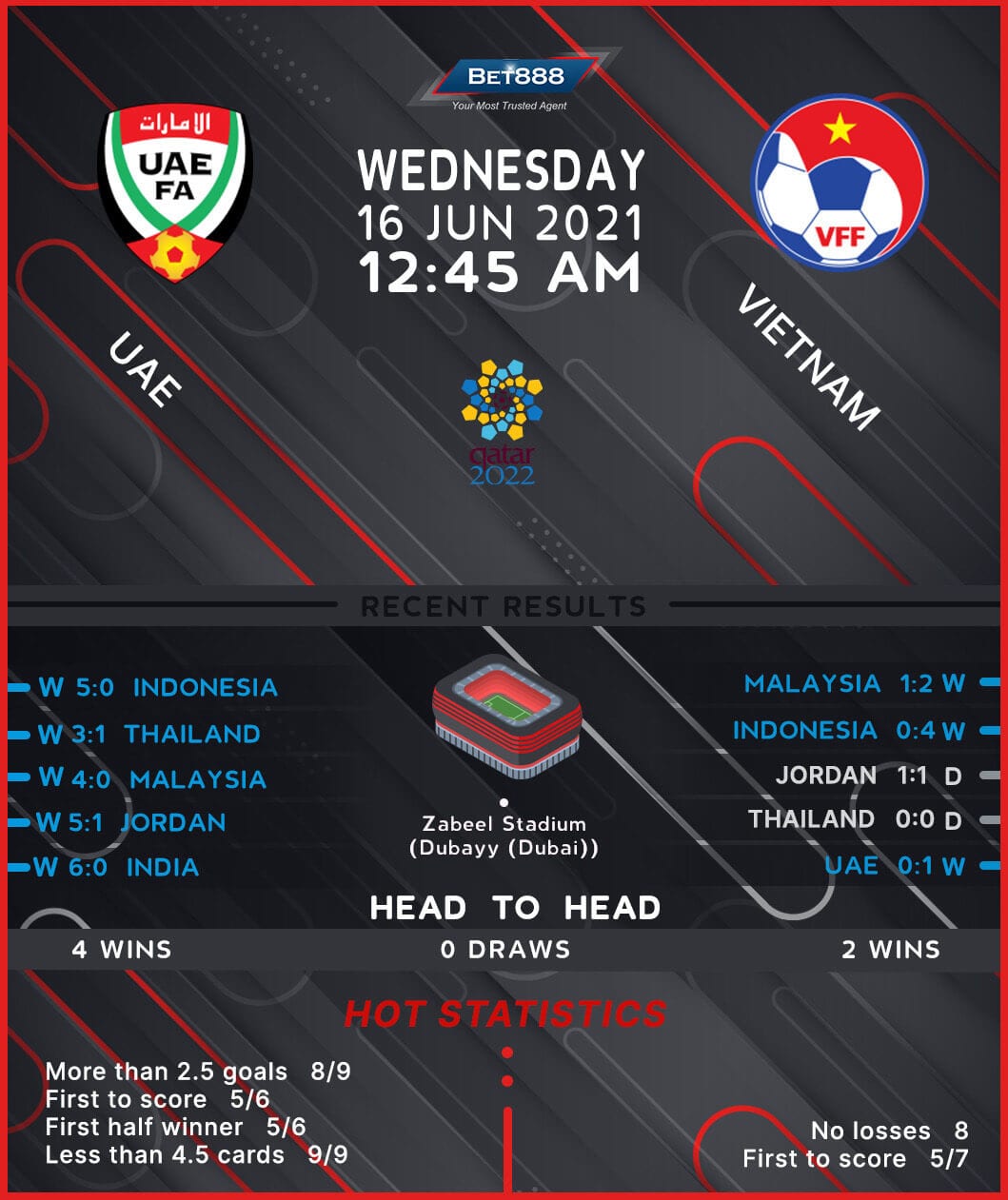