Atalanta head to the Dacia Arena, looking to extend their winning Serie A run against Udinese to six matches on the bounce.

Udinese have been sinking without a trace since defeating Torino on the road in early December, going winless in seven consecutive Serie A fixtures since then (D3, L4). What’s more, a lackadaisical defending has seen ‘I Friuliani’ concede over 1.5 goals in each of their last five league outings, letting a total of 12. At home, Luca Gotti’s men have drawn a blank in three of their four previous competitive home matches, which has not happened in any of their last nine competitive meetings with Atalanta here. Worryingly, though, Udinese have found themselves leading at half-time in just one of their eight Serie A home games this season (HT: W1, D4, L3), losing each match in which they were trailing at the break.

On the other hand, the visitors have gone unbeaten in 11 matches in a row across all competitions (W7, D4) since losing 2-0 to Verona in late November. Interestingly, before drawing 0-0 with Genoa last time out, Atalanta had scored at least twice per game in their previous five Serie A fixtures, bagging a total of 18! Delivering action from the get-go, ‘La Dea’ have netted a league joint-high 11 first-half goals on the road his season! Additionally, Gian Piero Gasperini’s men have won all but one of the nine Serie A matches in which they were leading at half-time this season (W8, D1). However, Atalanta’s habit of attacking all-out from the start has seen 66.67% of their away league goals conceded this term arrive in the first half of play (8/12). 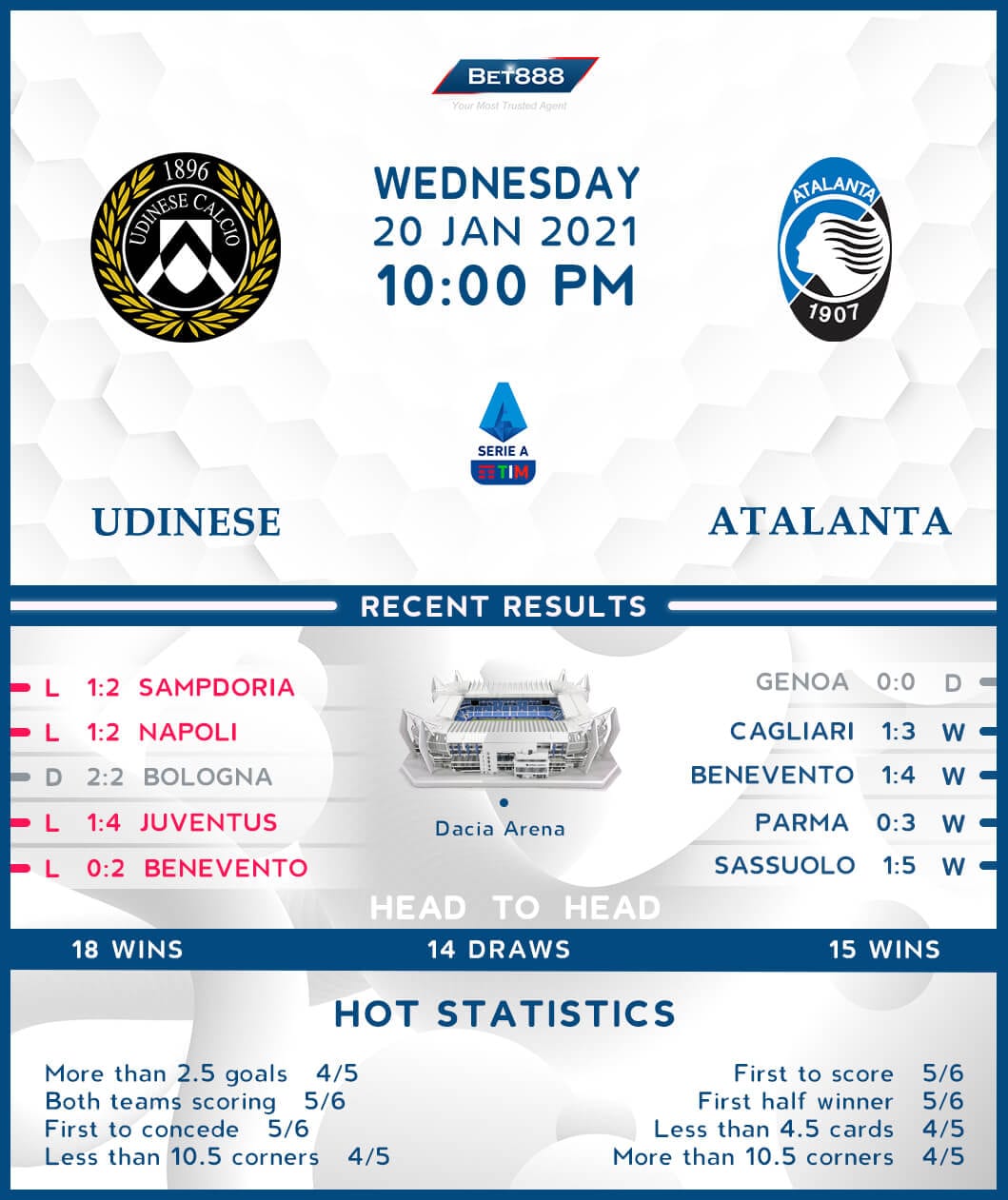