Dacia Arena is the venue as Udinese meet Fiorentina in the Coppa Italia one-off showdown.

Udinese won both halves to beat L.R. Vicenza 3-1 in the Coppa Italia Round 2 and set up this clash. However, it’s been an utterly underwhelming start to the season for ‘I Friulani,’ as they’ve lost five of their nine games in all competitions so far (W3, D1). Udinese’s matches during that nine-fixture sequence were notably tight, as seven ended separating the sides by under 1.5 goals. None of their six competitive home games this term has ended in a draw (W3, L3), with three of those results (wins/losses) seeing the winner on the day keep a clean sheet. Against this backdrop, three of their four previous competitive H2Hs held at this venue have ended level (L1), with Udinese scoring under 1.5 goals in the last three such contests.

Meanwhile, Fiorentina squeezed past Padova 2-1 in the previous round of the Coppa Italia. Yet, they take the field after failing to win any of their last three competitive games (D1, L2), drawing a blank in each. However, ‘La Viola’ had scored 2+ match goals three times in a row before that abovementioned run of fixtures. Away from home, the visitors are winless in four consecutive matches (D2, L2), three of which saw them concede over 1.5 goals. Curiously, though, Cesare Prandelli’s men opened the scoring within five minutes twice across that four-game sequence. Scoring could be an issue for Fiorentina, as evidenced by the fact that they’ve netted one goal or less in four of their last five H2Hs. 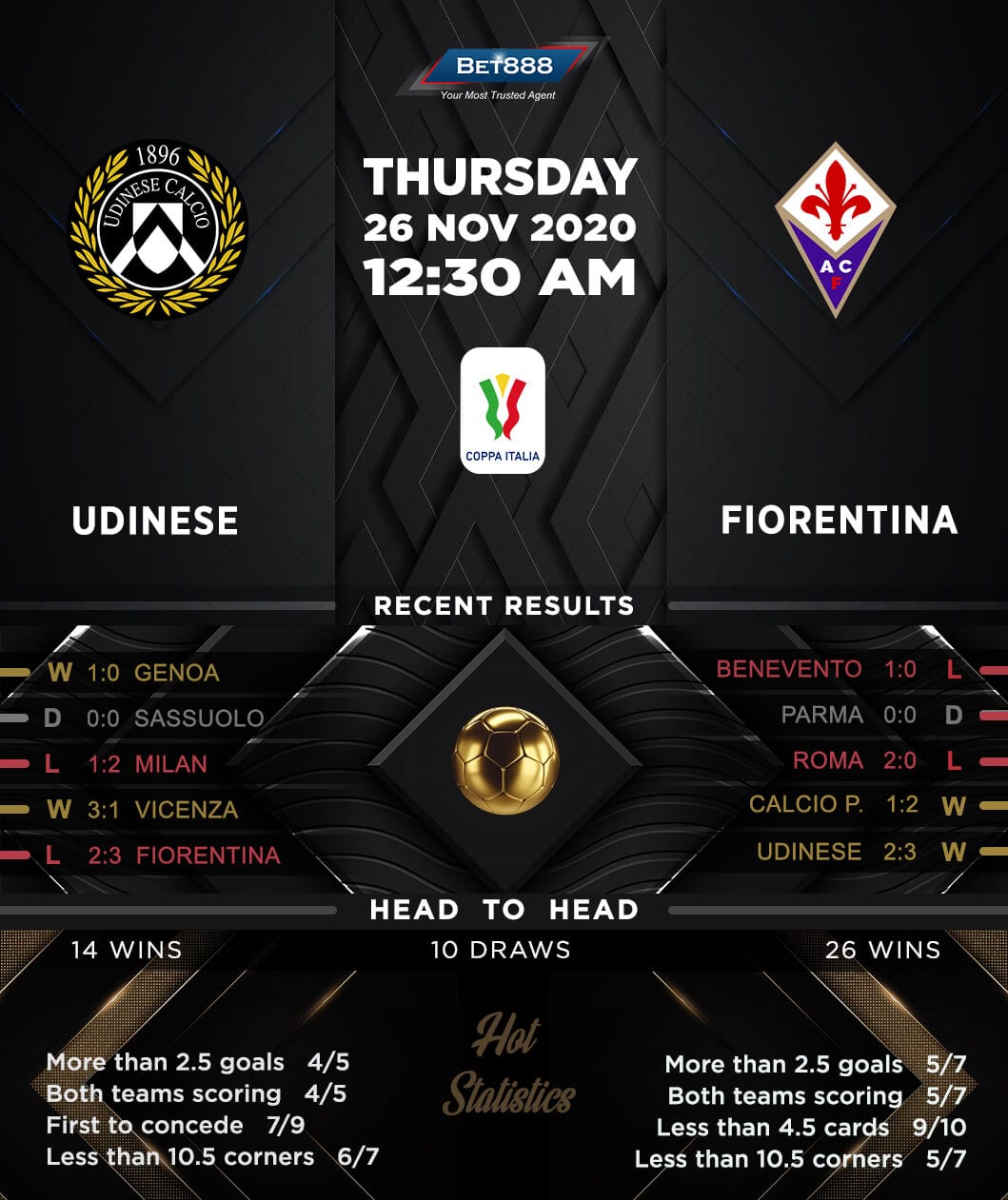