Dacia Arena is the venue as mid-table Udinese look to dent Inter Milan’s Scudetto aspirations in a high-stakes Serie A fixture.

Udinese dismantled Fiorentina 4-0 on the road last time out to lift their spirits following back-to-back Serie A matches without winning (D1, L1). April was an impressive month for ‘I Friulani’ (W4, D1, L1), helping caretaker boss Gabriele Cioffi tuck his side into mid-table comforts. However, a match against Inter is a different kind of challenge for Udinese, who are winless in their last eight top-flight H2Hs (D2, L6), failing to get on the scoresheet in seven of those meetings. But anything is possible in these exciting moments for the Udine outfit, who have netted 4+ goals in three of their last six Serie A outings, as many times as in their previous 163 matches in the competition. Worryingly, though, they’ve not kept a clean sheet in their last six league games at Dacia Arena.

On the other hand, second-choice goalkeeper Ionut Radu made an epic blunder to facilitate Inter’s morale-crushing 2-1 defeat at mid-table Bologna last time out. After falling two points behind table-topping AC Milan, the reigning Italian champions will be desperate to improve on their three-game Serie A form at Dacia Arena (W1, D2), having failed to score in both draws in that period. A heartbreaking loss at Dall’Ara has ended Inter’s 11-game unbeaten Serie A streak on the road, meaning they could lose back-to-back such fixtures for the first time since March 2020. However, Simone Inzaghi’s men have developed a habit of giving away points on the road, picking up just two wins from their last seven Serie A travels (W2, D4, L1). Notably, though, ‘I Nerazzurri’ haven’t lost any of their five Serie A away matches in which they conceded first this season (W3, D2). 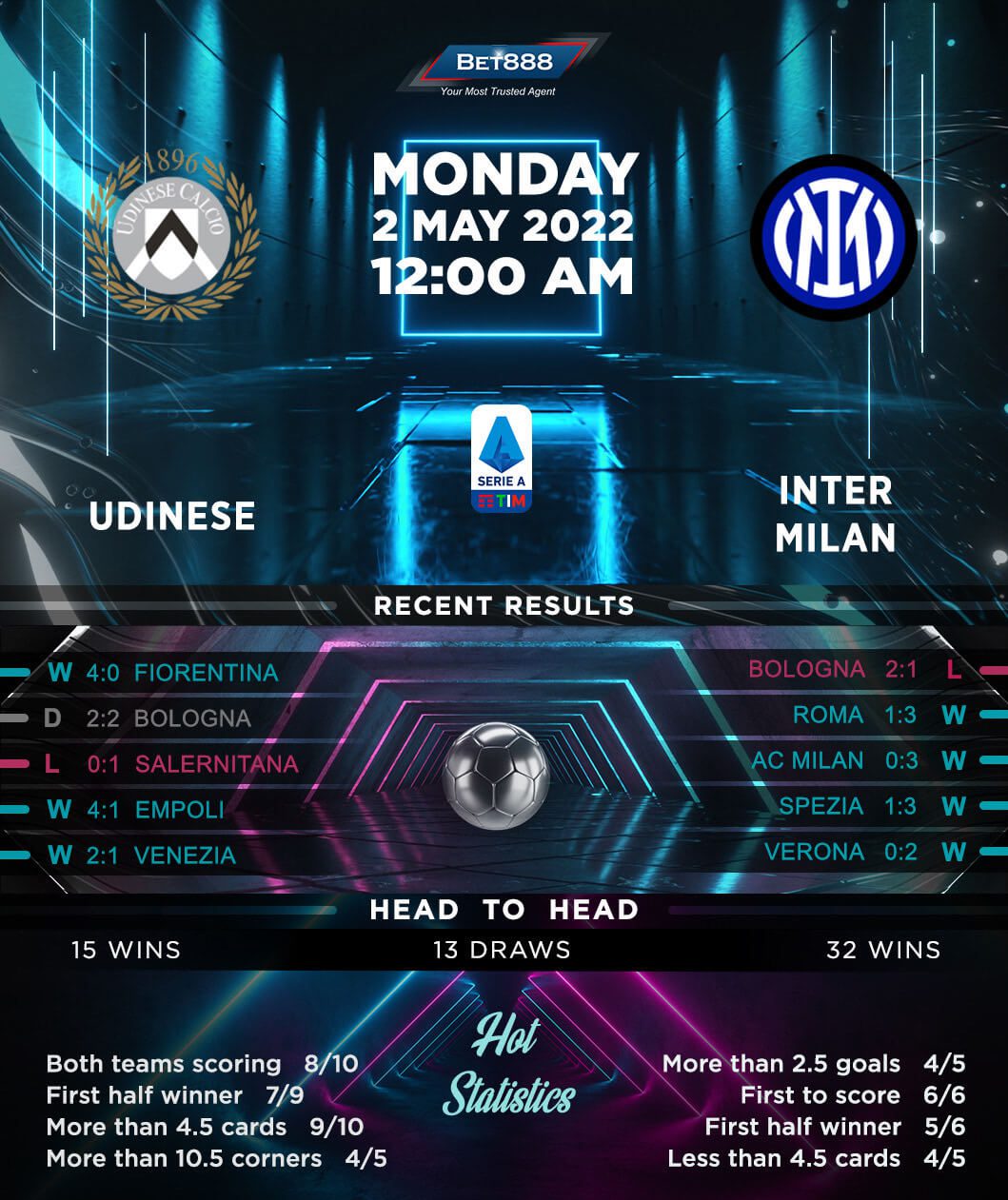