Dealing with severe pressure in the Serie A top-four race, Juventus travel to the Dacia Arena to tackle Udinese in a must-win league encounter.

Since being held to a 1-1 draw to Genoa on Matchday 27, ‘I Friulani’ have not drawn any of their subsequent six Serie A matches (W2, L4), five of which yielded a slim one-goal margin. There’s been a dip in form for Udinese at home recently, as they’ve gone from three straight Serie A wins at the Dacia Arena to three defeats in a row. Each game won/lost in that period saw the victor keep a clean sheet while four produced a narrow 1-0 scoreline. Some sloppy pieces of defending have highlighted Udinese’s recent league outings, with Luca Gotti’s men conceding a penalty in each of their last four Serie A games. Another potential issue for the hosts could be that they have failed to shut Juventus out in any of their last five top-flight H2Hs here, conceding an average of 2.8 goals per match.

Meanwhile, the visitors have endured mixed fortunes across their last three Serie A games (W1, D1, L1), a sequence that leaves them in fourth, albeit level on points with fifth-placed AC Milan. Away from home, the reigning Italian champions have managed to pick up just one victory in their last six league fixtures (D3, L2), frustratingly scoring under 1.5 goals in 66.67% of those trips. Andrea Pirlo’s men can find some comfort in the fact that they’ve won six of their previous seven top-flight meetings with Udinese, barring a 2-1 defeat in their most recent league visit to the Dacia Arena. To optimize their chances of winning, ‘I Bianconeri’ will have to avoid a first-half upset, considering they’ve failed to win any of the four away Serie A matches in which they were trailing at half-time this season (D2, L2). 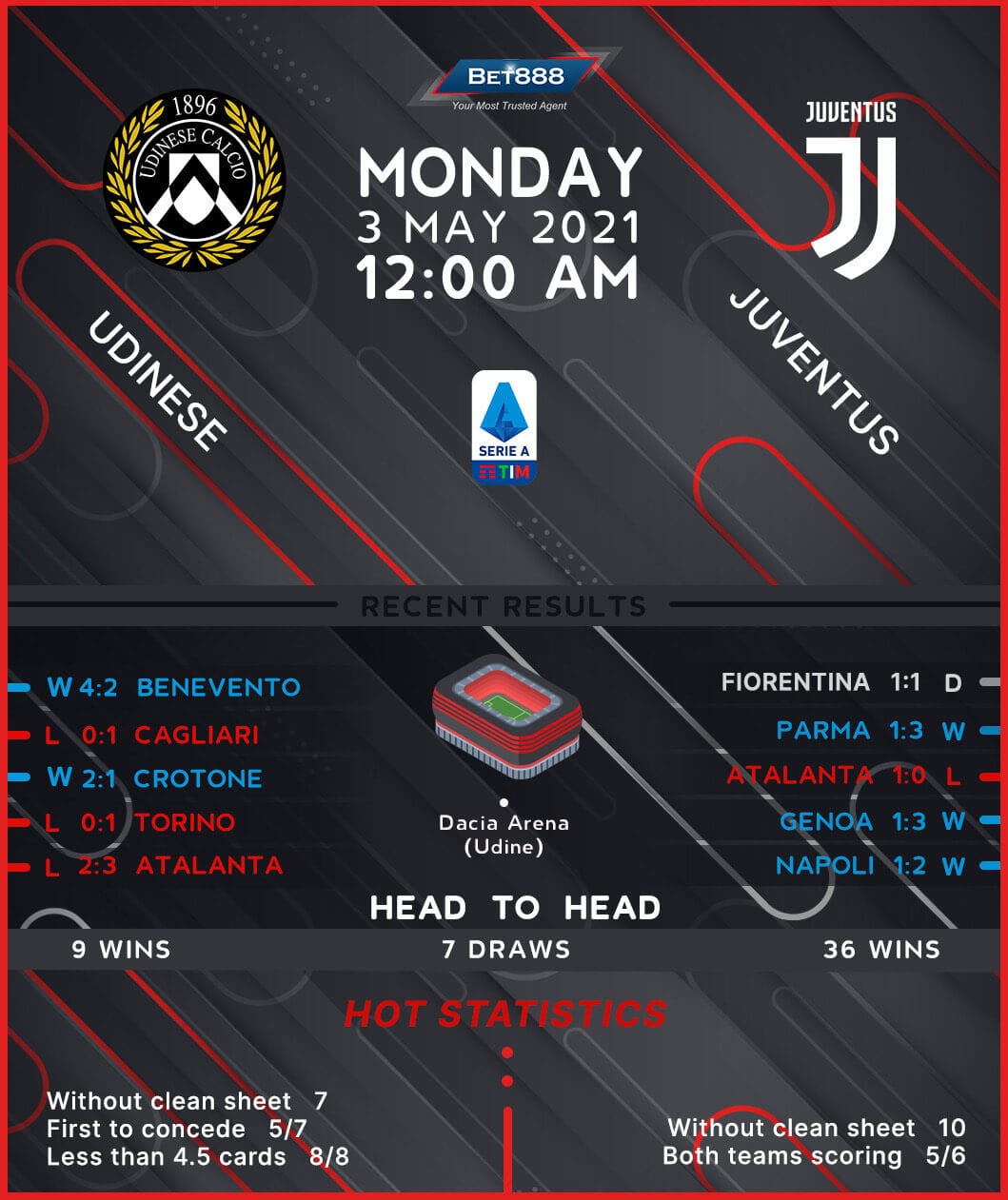