Udinese will look to post their first Serie A victory over Napoli since April 2016 when the two teams meet at the Dacia Arena this week.

Udinese have gone from three Serie A wins in a row to four consecutive league matches without a victory (D3, L2), conceding the opening goal (if any) on four occasions. A lack of firepower up front has seen Luca Gotti’s men draw a blank in four of their seven home Serie A games this season, registering a league second-low five home goals thus far. Additionally, ‘I Friulani’ have failed to find the net in two of their last four top-flight meetings with Napoli here, scoring precisely one goal apiece in the other two (D1, L3). By extension, Udinese have only secured one draw across their eight previous Serie A H2Hs (L7), conceding over 1.5 goals per fixture six times in the process.

Meanwhile, Napoli have lost three of their five previous Serie A matches (W1, D1), including a shocking 2-1 home defeat to Spezia last time out. Despite scoring one goal or less in four of their last five league games, ‘I Partenopei’ have produced more shots on goal (287) in Serie A than any other side this season. However, Napoli’s lackluster finishing is responsible for the fact that Gennaro Gattuso’s men lament a disappointing conversion rate of just 11.1%. Curiously, none of their seven Serie A trips this season have ended in a draw (W5, L2), with five of the fixtures won/lost in this sequence seeing the victor keep a clean sheet. Napoli have found the net beyond the 75-minute mark in three of their seven league trips without conceding once in return. 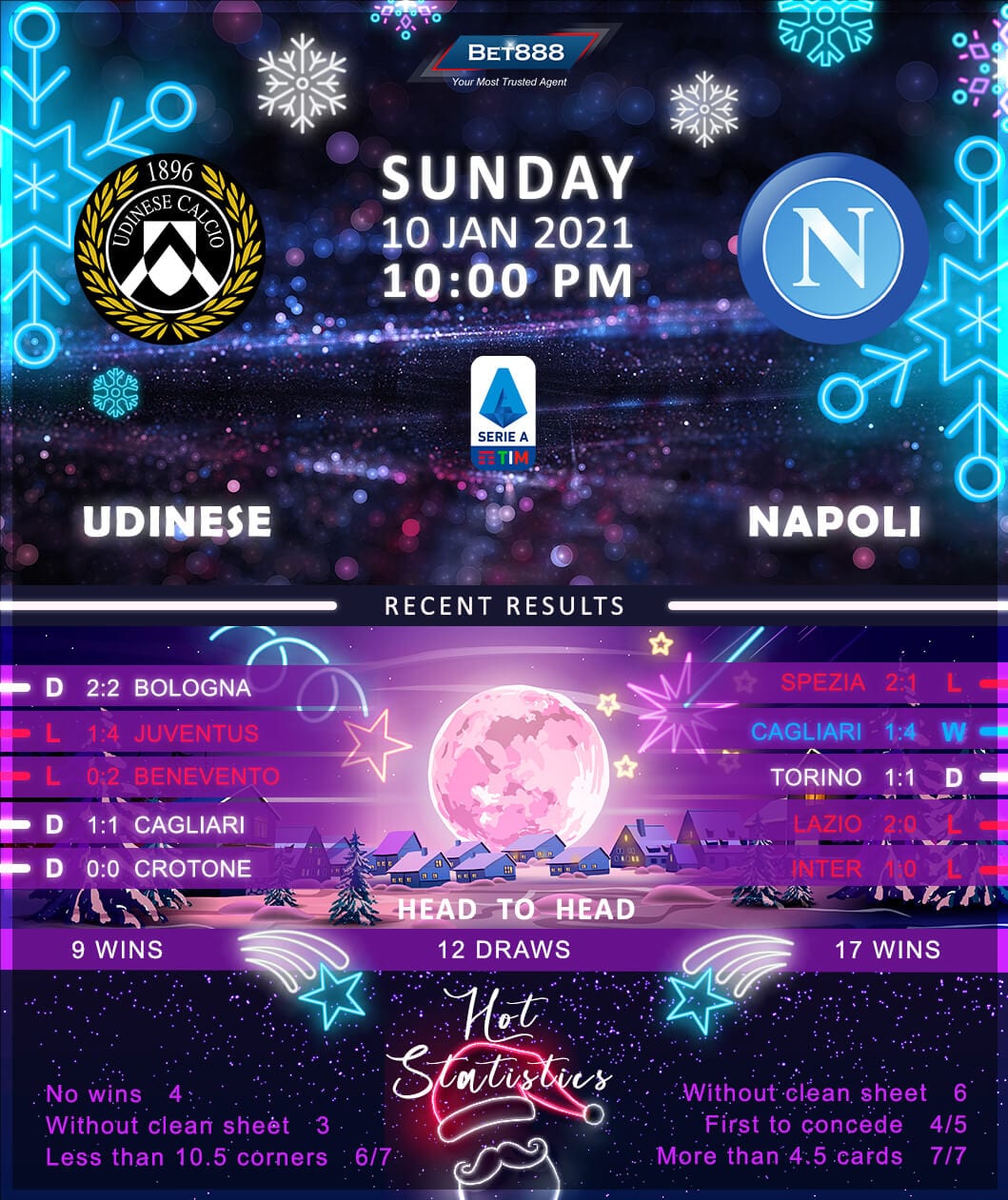