Udinese and Napoli go head-to-head at Dacia Arena in an exciting Serie A fixture that could see the visitors remain the only side to keep a 100% win ratio this season.

Despite trailing 2-0 at half-time on the opening matchday, Udinese pegged Juventus back to earn a 2-2 draw, having since won back-to-back Serie A games ‘to nil.’ A victory here would see the ‘Friulians’ record three wins in their first four top-flight matches for the third time in the club’s history, last doing so in 2014/15. However, after going unbeaten in eight consecutive Serie A H2H as hosts (W4, D4), Udinese have suffered four defeats in their last five league meetings with Napoli at home (D1), netting under 1.5 goals on each occasion. Against this low-scoring backdrop, Luca Gotti’s men have registered 2+ goals in all three home outings across all competitions this term, averaging 2.67 goals per game. Action-packed football in the early stages has highlighted that three-match sequence, with the opening goal coming within 30 minutes of play each time.

Napoli came from a 1-0 HT deficit to beat Juventus 2-1 at home last time out and maintain their perfect three-game start to this Serie A campaign. Particularly dangerous after the interval, the ‘Partenopei’ have registered five of their six Serie A goals scored this season in the second half of play. Adding to this sentiment, Luciano Spalletti’s men picked themselves up from a 2-0 deficit after the hour-mark at Leicester in their Europa League curtain-raiser to eke out a 2-2 draw a few days ago. Napoli have been scoring for fun in Serie A, notably finding the net in each of their last 29 top-flight outings. They could become only the third side in the competition’s history to score in 30 consecutive matches. That prospect looks probable, as they’ve netted at least once in their last Serie A visits to Dacia Arena. 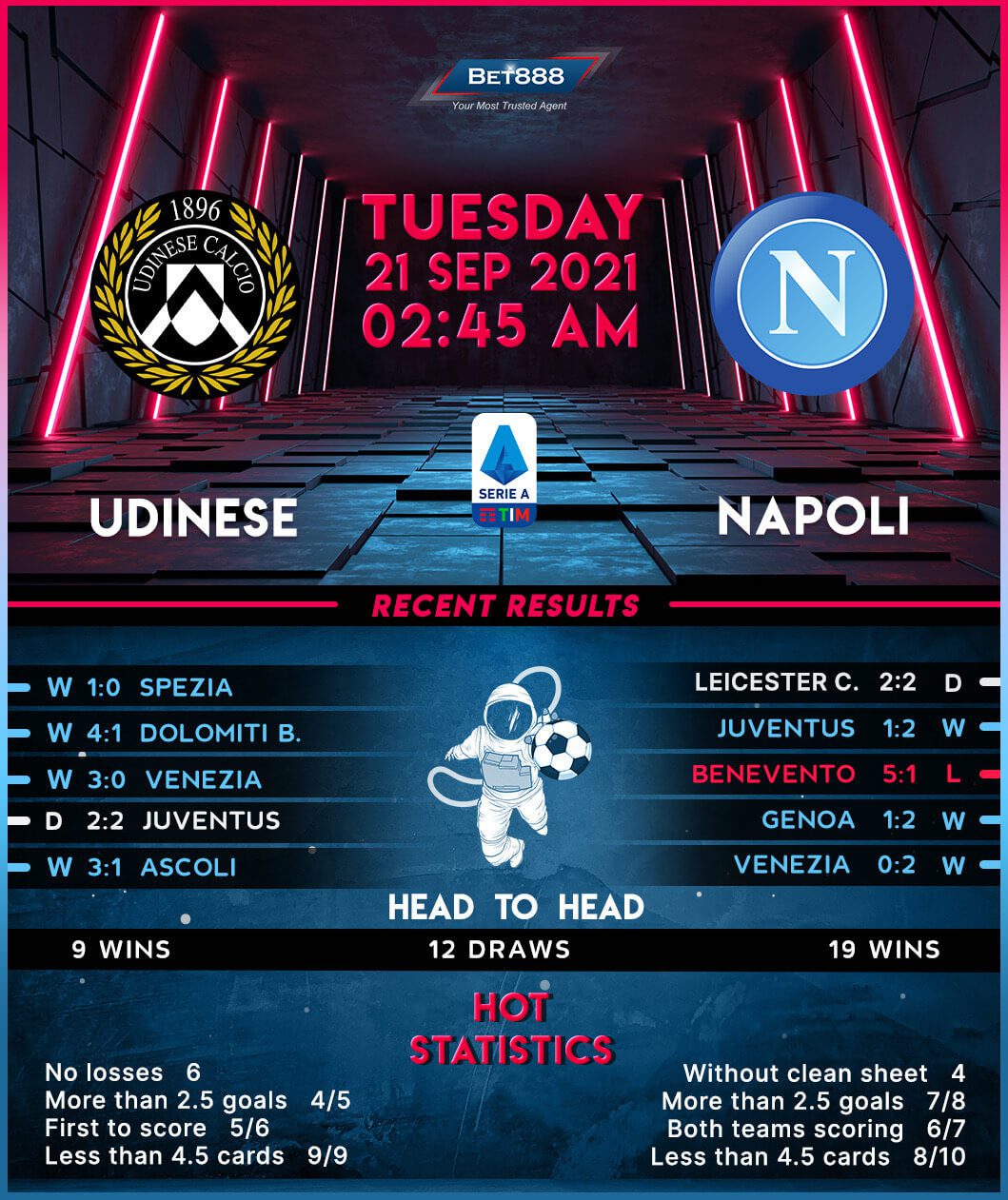